A history of AIR - a-n The Artists Information Company 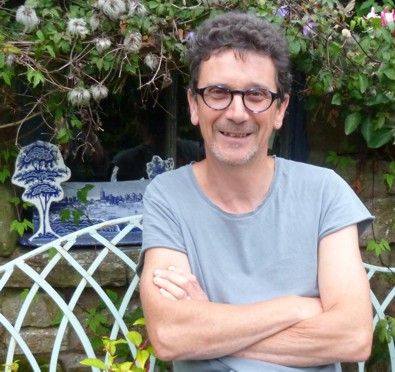 For many years I held the hope that we would eventually see the formation of an effective representative body for artists in the UK. My vision was that of a group that could effectively lobby for artists rights and take its place on an international stage with equally established bodies.

Over 25 years ago I became involved in a-n because the company seemed to me to be the closest thing we had. It was, and is, an organisation run by artists for artists. I have held different roles with the company in this time – from a writer and editor of supplements, to being an executive/board member of The Artists Information Company. Whatever position I have occupied I have always worked to ensure that that our mission statement remains at the core of our activities: Through advocacy and information and from the perspective of artist, a-n’s mission is to stimulate and support contemporary visual arts practice and affirm the value of artists on society.

Spearheaded by a-n’s Director and Publisher Susan Jones, in 2005 the executive board took the decision to start research into an artist membership organisation. I was part of the working party which formulated these early proposals, conducting extensive countrywide consultations with artists about what they wanted in a membership organisation. This research eventually resulted in the formation of a-n’s Artists Advisory Group (AAG).

The research we conducted at this time into artist unions in Scandinavia and elsewhere in Europe was re-visited five years later when I chaired AAG’s representative working party. We learned a lot by examining the functioning of established artist organisations around the world, developing an understanding of their strengths, and also their weaknesses. In particular we noted how almost every union or representative group we looked at had difficulties maintaining interest and membership numbers. By contrast we noted how pressure groups like Amnesty International and Greenpeace were effective campaigning organisations with supportive membership, but without traditional union type ‘democratic’ structures.

The result of our deliberations was the formation of AIR: Artists Interaction and Representation. Developed out of AAG to become a modern hybrid membership, campaigning body for artists – a synthesis of pressure group and traditional democratic body. Integral to this make-up is AIR’s partnership with a-n which provides research services, administrative expertise, much needed professional services, a publishing voice and the experience of being a successful artist-centred organisation. a-n’s financial stability is essential to fund artists to be part of AIR, for its programme, for AIR’s secretariat and wider administrative support. AIR in turn provides a-n with the necessary income to function through membership fees and services, publication sales, advertising and grants.

Around this time last year the AIR Council met for the first time, and in twelve months we have made a lot of waves. Our membership levels now stand at over 17,000 artists and our voice is increasingly placed in important places. We are partnering with DACS in political lobbying, talking with the Arts Council at the highest level, ensuring that artists are on Turning Point boards and finalising memoranda of understanding with other artist representative bodies – including the Scottish Artists Union. In addition we are conducting research into international artists organisations. At the same time as we talked to players in the field we have had to invent an effective functioning structure. It has been a lot of work for everyone.

Although we rightly crave greater independence and control for AIR, I believe that the challenge is to do this whilst deepening our relationship with a-n. We need a more transparent interface between the two bodies based on developed relationships and robust structure. I believe we can be most effective as a team – collaborating on research campaigning and services. Could AIR perhaps provide the catalyst for a new style of campaigning journalism? Only time will tell.

In the next few years AIR should focus on developing its voice, affecting change in the UK, and reaching out to international partners to develop a genuine dialogue with artists from around the world. I really believe AIR’s effectiveness is its hybrid model – the synthesis of campaigning pressure group and the traditional democratic union. We are both – but neither at the same time.

I have been immensely impressed by the clarity of intent, the activity, dialogues, conversations and energies evident in communications between everyone involved in AIR. It is often easier to identify problems than find solutions and it is our responsibility to look for positive outcomes and ways of moving an issue on with a view to future resolution. We must continue to avoid becoming bogged down in procedural detail, and be aware when discussions start to become circuitous. AIR has become very successful at identifying the mechanisms to move issues forward.

As I leave direct involvement in AIR, I am confident that it goes forward with a positive view, good energy and very able people at the helm. I wish you all the best.