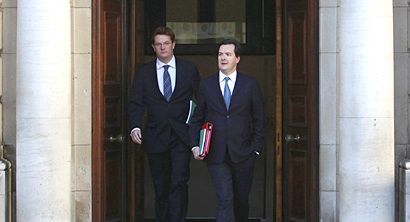 The Department for Culture, Media and Sport (DCMS) have confirmed that the budget for Arts Council England has been cut by a massive 29.6% following the comprehensive spending review. Although slightly better than the feared 40% cuts, it is still a devastating blow to England’s cultural landscape.

The Arts Council has also been asked to reduce its running costs by 50%, whilst limiting cuts to “front line” organisations to only 15%. ACE has only just completed a structural review that saw it lower costs by 21% and it is fair to say the mathematics of this request just simply don’t add up.

ACE chief executive Alan Davey has warned around 100 regularly funded organisations will have their funding cut altogether. Although cuts to RFOs will be limited to 10% this year, this is merely softening the blow. In November a new funding regime will begin whereby all arts organisations must reapply for their grants.

National museums were certainly the winners in Chancellor George Osborne’s review. Although they are still facing cuts of 15%, free entry has been preserved. This was a Conservative election promise and has been met with relief by certain members of the arts community. Neil MacGregor, director of the British Museum, said: “This represents a great reaffirmation of the role museums play in society.”

However, it is the effect on smaller regional organisations that will be most hard felt. They rely heavily on local authority budgets – facing a massive 28% cut over the next four years. Osborne announced these plans alongside a “massive devolution of financial power” from central government. This will give council’s more control over where money is spent – and where cuts are made.

Education, one of the largest employers of artists, also faces an uncertain future. Although schools have been promised increased funding, administration costs will be reduced whilst five education quangos will be scrapped – including Creative Partnerships, a programme that brings artists into schools. Higher education has been struck with a 40% cut over four years. This amounts to a £2.9bn loss with only science, maths, technology, engineering and (STEM) subjects guaranteed funding. The further education budget loses 25%, or £1.1bn from £4.3bn to £3.2bn by 2014/15.

Although it had already been announced that the Lottery will return to its original “good causes” by 2012, generating an extra £50m per year for the arts, the outlook is bleak. Arts Council Chief Executive Alan Davey said: “These cuts will have a significant impact on the cultural life of the country. There will be some tough decisions but we are determined to manage the cuts in the best possible way for the benefit of the arts and culture sector overall.”

It is fair to say the overall picture is one of headline grabbing projects being protected whilst artists, smaller galleries and museums take the brunt of the cuts. Does a government that puts the Tate Modern’s extension ahead of the livelihoods of individual practitioners have their priorities in the right place? I do not think so…

For more information on the comprehensive spending review click here

The Arts Council’s response to the 29.6% cut can be found here