I’ve gone and done it again! A few years back I did a collage a day for a year – #Collage365. Then I did another every-day-for-a-year project – #Letter365. Only this time I have been a bit less demanding of myself. I think there are 62 days left till Christmas and I started the project 5 or 6 days ago. I know I am going to be away and busy for some of the time so I didn’t want to give myself any pressure. I also wanted to be able to do larger, more considered work rather than the very focussed work that the previous projects demanded. The idea came from my frustration of not being able to get the studio time I have been wanting. Necessary work on my studio roof and other calls on my time have meant I have not been able to engage in the concentrated work I need to be doing. I have sort of promised myself a “residency-at-home” for six months, following the idea of a “staycation”, where I can have an immersive experience in my studio and home landscape (mostly) and this project is how I have decided to kick it off.

Collage has started to creep into my work again – in the “Rings” series and the “Abstract Drawings for Dummies”, the first two of which are also the first two of #Collage50. When I was starting to put my studio back together after the work, I got out one of my large boxes of collage materials and just started working on things. I’ll have to find a way to get my studio organised round the things I am doing! Currently the floor and some work surfaces are covered with newly painted and marked paper I am preparing for use in collages!

I had hoped to have posted about each of the pieces in the project individually but Christmas socialising, collecting work and struggles with photographic images saw my time just disappear this last week. So I have just put a gallery of all the pieces so there is a timed and dated record on this blog (as well as on Twitter) that I completed the full series without having to rush and scurry at the end. In fact the erasure and redaction work totally connects me back into what I wanted from the project: a bit of focus.

It’s been an interesting journey. Only a few pieces didn’t make the grade (I used the same criterion as #Collage365: that I would have to be happy to have any piece on my own walls) and there are a few complex ones I am still working on, which I think are going somewhere interesting.

Looking back the project has helped me see where I want to concentrate my efforts and the territories I want to explore next. It has also helped me ease into a working rythmn and settle to what I can realistically achieve in the time available, balancing other demands on my energies.

I may return to this last post at some time and add more detail about each piece, but for now I am off to enjoy some time off! 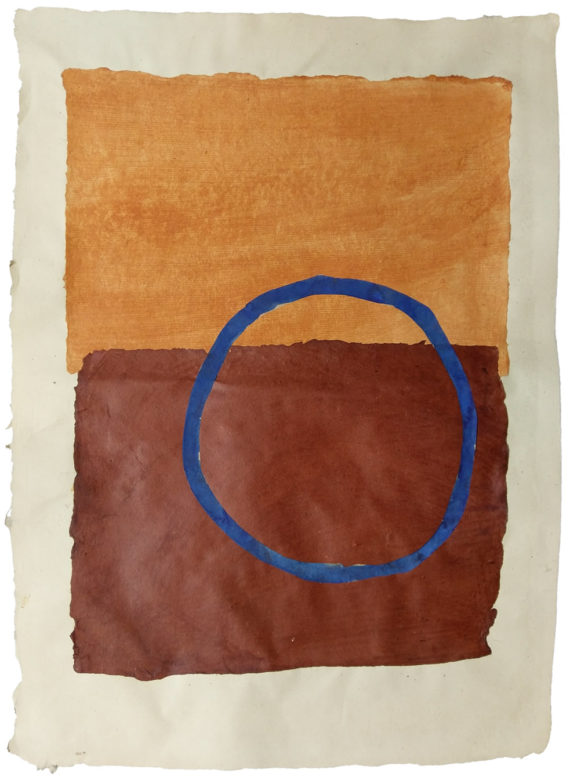 For when there is dancing again is the first of a series of minimalist collages I have wanted to do for some time. One of them has been sitting waiting to be pasted and drawn/painted for over a year. Fear is what has stopped me: fear that I would mess up lots of expensive paper. Now so much time has passed since I bought the papers I don’t feel the pain of price biting me and the 50 Colages Before Christmas project has set me free! This one is 34/50

“A Title Stolen From Another Painting” is more lyrical than my usual style, yet it has its origins in some black and white minimalist collages I did before I started this project. I wanted to make something less stark but introducing the cadmium red I have been using as a bit of a link through the project. It is number 33 of 50 Collages Before Christmas and is created from various handmade papers & acrylic. 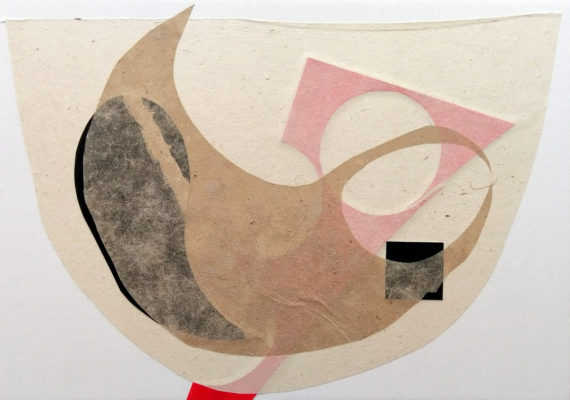 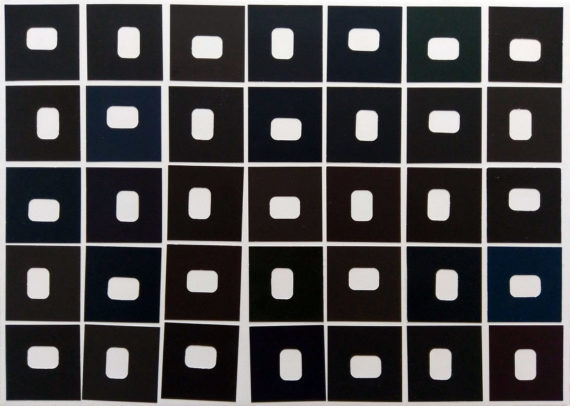 The title of And They Will Never Leave Me Behind, 32/50 Collages Before Christmas, relates back to number 26 in the series. It’s really a sketch for a much bigger work and I had been intending to try it out for ages so it’s good that I’ve been prompted to do it. Those who have any familiarity with my work will recognise the link to my black squares work and my incessant grids. How many different blacks are there?

Solve et coagula is the description of a stage in the alchemists’ process where everything that has gone before seems to pass away, to disappear into an unrecognisable fluid state then begin to reform into something completely new and original.  I have got quite a way behind with blogging about the project and was unable to get to the studio yesterday to reassure myself I was still on track. After tweeting about a few collages and tinkering with the last touches of a couple I was happy things were going to be OK! Of course, playing Talking Heads: Live in Rome very loud in the studio is a pretty good sign that I am cooking on gas! At the end of today I am pleased to say that I have 42 pieces I’m happy with (barring a finishing florish here and there on one or two) and seven under way. That sound good but one is failing to excite me and three are the large ones I have mentioned before that I don’t want to rush! So my reading of the situation is I have 3 pieces to finish off and five new pieces to do in the next 5 days. A piece of cake! With a history of creating a work every day from scratch for two (slightly overlapping) years I see it as no problem to make five pieces to the standard I have set before Christmas.

And this piece? Solve et coagula is number 31 of 50 Collages Before Christmas and it is based on some drawings and photographs of the floor in the gallery I showed in in August. I did a whole body of work about stains on the floor at the gallery I installed #Letter365, the second of those time-based projects mentioned above.