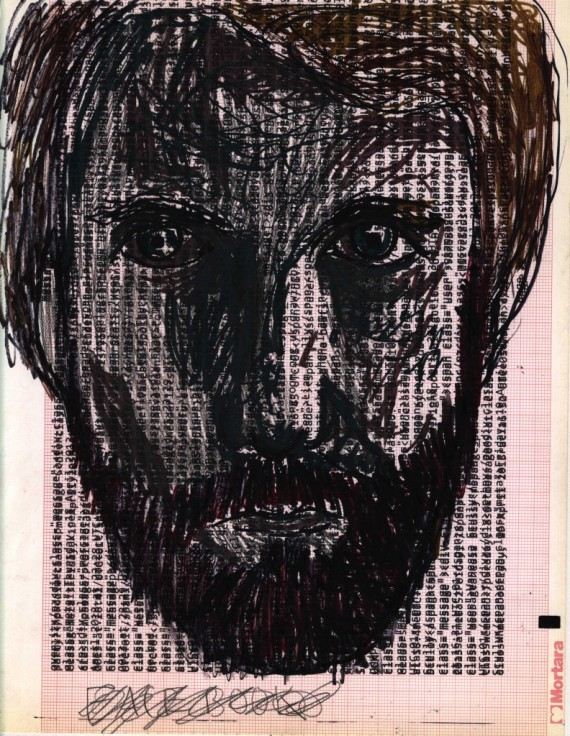 Ochre Cola was one of the best exhibitions of 2011 that you probably, definitely, didn’t see. It was tucked away in a basement in East London, and featured rolls of shiny coca cola red paper with primitive scrawls in various shades of ochre paint on top, what’s more there was strange yellow lighting illuminating the works from underneath. Tits, there were loads of tits, as in all good cannibal movie taste.

Inspired by many nights of drinking talking drinking talking in my studio, watching cannibal movies, with Simon Ould, we artists decided it would be the right idea to put on a show called Mountain of the Cannibal God/Goddess aka Ochre Cola.  The idea was so hot the show had two titles. It was a good turn out, there was something else going on, a party, so perhaps you was there? The evening’s highlight was a concoction that made the show live up to its name, Ochre Cola! A beverage that consisted of ginger beer, coca cola, ice cream and cheap whisky. There was a queue around the studio complex to get some. In the early hours when everyone went home Simon Ould got mad, he took something to heart, the whole 6ft 4 of Simon Ould tried to flatten me, we fought up from the basement and onto the street, it ended with me on top of Ould, I was screaming, he was laughing, we didn’t talk for about two months.

Ochre Cola, inspired by ‘Mountain of the Cannibal God’ starring Ursula Andress resulted in two grown men (artists) rolling around the floor fighting. I posted the wonderful documentation of this show on facebook, the show looked messy, it was messy but somehow it was an achievement. Of the 39 photographs I posted on facebook I got 0 likes, made me feel pathetic. 4 years later I am reliving these moments for  ‘A Digital Suicide’, I must complete 39 drawings I have done 20. 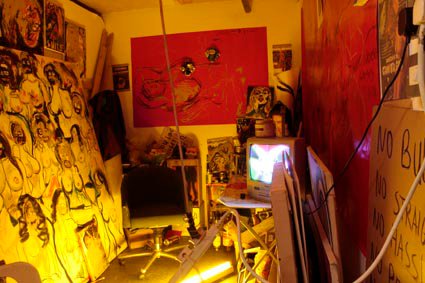