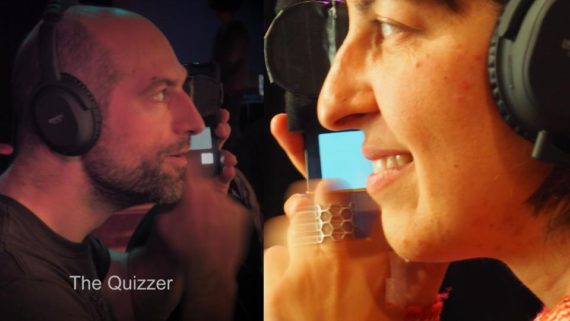 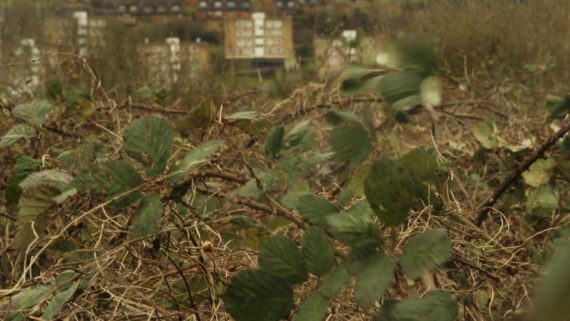 The stories I tell about places come from those locations. I try to make the resonances of a place visible, and part of those resonances are to do with the people who frequent that location. I wanted to pilot ways of making a participatory AR documentary using the Quizzer.  Through an ONCA hosted peer mentoring group using the Action Learning Set run by Helena Joyce, I met Sara Fernee, an artist, teacher and forest play leader with an established after school group that met weekly in the woods in  Bevendean. She was interested in the Quizzer as a possible way of evidencing the magic that happens during free play in an outdoor space as well as a way to encourage older kids to take part. We were both curious as to  whether the Quizzer could be a bridge between real world and digital play and learning. We were both passionate about ‘being in the zone,’ a particular quality of attention, that comes about when playing and exploring an outdoor natural space. Would the Quizzer draw kids into or distract them from  the place itself?

She invited me to come along to the after school club for a few sessions and take things from there. I observed the children’s play and the ways they inhabited the woods, getting drawn into their games (and trying not to influence them). On the fourth session I introduced the 360 camera and my small handheld camera, being aware of changes in how the children behaved when the camera was there. A common response was to for them to approach it as though they were the presenter of a youtube video.

Testing 360 in the Quizzer

I wanted to test the 360 footage in the Quizzer. Would the real world and the video match up as the viewer panned around the scene? The 360 camera was a good way of recording the children without affecting their behaviour. I was struck by the compelling nature of the sound as they walked towards and away from the camera. Trying to match the 360 image with the real world however was difficult. The scale of the foreground image and the background image did not match up and the image would not stay still enough to make the initial match.

Sara and I planned and delivered a pilot summer workshop for 9-12 year olds exploring the use of tech in natural spaces. After exercises led by Sara to open our eyes to the space, in pairs the participants identified a route through the wood and made a series of film sequences that someone could use to navigate that trail. Other pairs then tested the sequences to see if they could follow the trail.
Despite heavy rain and wind the exercises worked really well, though the cameras needed to be higher spec. The participants enjoyed the process and had lots of ideas for sequences and experimenting with types of routes and movements.

Participants tested the Quizzer in the site using footage I had shot at an earlier session. Different light levels affected the merging of recorded and live images in the Quizzer. The footage had been shot on a bright sunny day and was viewed on a dark rainy day which made the brightness of the image over power the background.

At Sara’s invitation, I demoed the Quizzer at Bev Fest community festival as a way of showing the community what we were up to, and at two primary schools: Bevendean Primary and Downs Juniors. It generally works well with young people as they are open to the experience and have good eyesight! Under 7s don’t quite have the focus or coordination to do the matching.

I had been chatting with Paul Graham of Sussex University about human and animal navigation after meeting at a Science Festival open day. He had been interested in the flick book navigated walks I had made as it tied in with how some animals including humans store image sequences in order to remember routes.

I brought Sara and  Paul together to brainstorm ideas for a two year project based in the woods in Bevendean. We shaped the initial ideas and our roles looking at the Wellcome Trust Public Engagement Fund as a possible funding source.