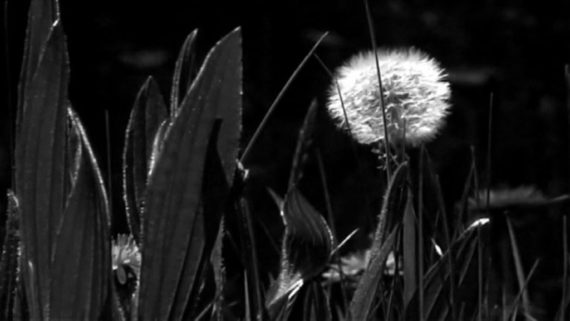 The workshop at no.w.here lab reminded me what it is like to have stuff in your hands. Stuff in your hands that you are actually making something with. Alongside all my works produced via digital technology, with nothing more than a mouse or graphics tablet pen in my hand, I have continued to make in-real-life objects that sit somehow uncomfortably somewhere unknown between sculpture and craft. Most of this work has never been exhibited beyond the walls of my mini Mertzbau. What I focus on showing the world is my moving image work. It is what I consider to be my real work, but I think I have been working under a misapprehension since I first put my hand on a mouse and taught myself a new way to manipulate new tools.

Cine film is not just moving image. It does not equate to either magnetic video tape or digital video, but that is not an assertion regarding the aesthetic quality of the viewing experience, which we tend to focus on most when considering moving image. My assertion refers to the making process. Cine film is a physical substance which your hands come into contact with when you make a film. It is also a physical substance that can be manipulated and used in ways other than those dictated by a camera or projector.

What I have not done until this period of professional development, and since entrusting my beloved Bolex to mothballs while my Sony PC350E gads about the world with me, is actually put to test my long suspected theory that direct physical contact with a substance effects one’s visual sensibilties. So, when I work with cine film I create different images, different imagery, different visual juxtapositions and therefore construct different relationships in meaning and context. When I first used to talk about myself as a film maker, I was always urgent in my explanation that I don’t make films. Rather, I explained it as using cine film like a painter might use paint or a poet might use words. Using it as a medium, a substance, to make a work of art with. A work of art that does not necessarily use the same sensibilities we expect from a film. A camera is only one tool within the process of making, and how I use that tool is influenced by the processes I went through prior to picking it up; when making a previous work.

The mental processes we engage in when using software are quite different to those that happen when we manipulate physical matter. I feel convinced that that reality makes me make different art. In turning around and looking back to what I used to do, I seem to have found the way to move forward. It must always be true that we do not want to walk ourselves back into the past and do the same things again and again, but by facing the opposite way to everything we have done, is it so much easier to loose sight of what was good about it? I’ve decided for the time being that the best way to continue my practice is to learn to walk backwards into the future.