Almost totally unaware of cosmo on todays walk. I was totaly zoned into my own little world of worry and mild panic.

There is a phrase which says something like 'doing nothing while Rome burns' Well is that a description of me at the moment? Not quite, but I am unable to get a number of projects underway, very fustrating, which I know will create a bottle neck latter. I want the work spread evenly over a longer period of time or I wont be able to cope with it all at once.

All of my projects have gone on hold or been delayed or just move amazingly slowly. But the deadlines at the other end dont slide along the time scheduling in proportion with the delays…oh no…they are chisled into your contract made of granite and bassalt.

I did explain this to Cosmo and told him things were just beginning to open up a little and asked him how good were my diplomatic skills when explaining to clients I might be unable to reach their deadlines?

He is in his dog world, a high priority for him is: well just legging it after foxes as fast as he can and then having a drink of rain water collected in a square hole for the rudder of an upturned boat. 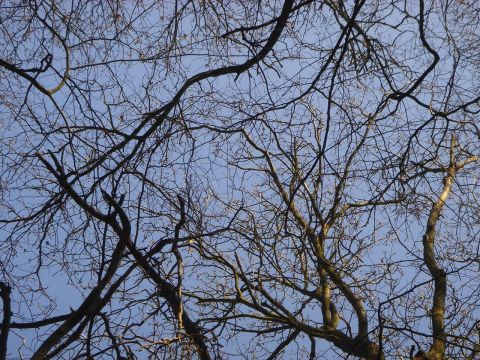 Our most frequent walk is the one along the sea front. For the whole of this walk the wind farm is visable 5 or something miles out to sea. I see it every day and it makes you wonder about the future?

Are the iconic motifs of the turbines on the horizon a symbol of a sustainable future with hybrid cars, renewable energy infustructures completed, effective recycled waste management and different attitudes to conspicuous consumerism.

May be conspicuous consumerism is the cause of the credit crunch and the downturn. Is this the opportunity to rethink our attitudes to the society and communities we live in?

Is global warming and climate change a media hype. Doom to replace the cold war and the nuclear threat with. Somthing to fan the flames of worry to serve their their own ends for profit. The goverment has seen an opportunity to use Green and Eco issues as stick to beat the populus with. Make us feel bad and tax us on our guilt?

I dont have a letter for todays walk, we just went to the woods. I read a sign on a tree explaining that exstensive work was being carried out to fell the many fir/pine type trees and replace them with native ones.

The fir trees are planted very close together and is not so good for wild life and is very dark.

This tall pine tree type landscape brought us to N.America and I was hoping to meet some indians (not ones from the plains, but canadian ones like the Tlingit). They make totem poles from the fir trees. I was a lone character (like Kevin Costner in Dances with Wolves) roaming the forests and wanted to 'Turn In'jun'.

Totems eh….not spirits for religous worship …more the quite protector.

See now Rachels got mice and I think they may have been used as totems, cos they are like the spider for Robert the Bruce. They persevere and would provide a good totem for any artist.

Anyway I didnt meet any Indians, only an old woman who had a Jack Russel, who kept quoting Rudyard Kipling works a little too often for my liking.

Very late walk tonight because of the weather. But we went and missed most of the rain.

I look at cosmo and he chills out most of the day. Laying around. He does often lay across internal door ways. One of his favourite places to lay and watch is the porch, he can see everthing from in there. He really is guarding the threashold of the inside from the outside. If any activity happens in the road he likes to run up to the next threshold which is the garden gate and find out what's occuring. At night he sleeps either on the back door mat or against the front door. This notion of watching and guarding the transition from one world to another has been reinforced in my mind by Cosmo's behaviour patterns. 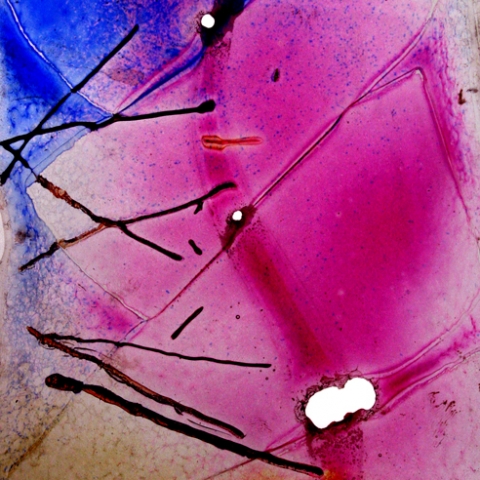 I have been away alot in Jan, and missed a fair number of dog walks this month.

Today I found a paragraph explaining that dogs are watchful, and guard the transition from one world to another.

They are gate keepers and know exactly whats around. If there is anything going on, Cosmo knows about it 24-7.

I have been working on the Isle of Wight in a glass workshop. This was also watched over by a rwotwiler/alsation cross. He guarded a truly amazing world and I worked there with an very interesting guy. It was a world of magic that I enjoyed very much.

I came away thinking that being an artist is actually the best job in the world.