On this question of artists explaining/conceptualising/justifing what they do by intelectual juggelery to others. I am able to see it from a slightly different position because I can use time, looking back 20 years or more at this issue.

I remember being a recent graduate or emerging artist trying to establish their practice (how ever you want to describe it) and there has always been a focal issue as to why I’m not getting exhibitions/commissions/funding etc.

First it was that the art world was all about who you knew, not what you knew.

Then it was all about physical presentation of your work (I’m talking pre digital cameras). Could’nt afford to produce expensive laminated folders with printed inserted information sheets. How good were your slides?

Then it was websites did you have one yet, it showed some kind of status? Even though it did not portray you as you wanted to be seen.

Now it’s this issue of how you think? Is it clever enough, critical, conceptual. The language has to be right. All these things are really just things to be cross about if you did’nt get what you wanted.

TIME is the key to all this anxiety. Its much easier to look back at a body of work which may have taken two years, more to accumulate after leaving collage. Look back after time and its is easier to see what you did and why you did it. The complex issues in everyones lives prevents the creation of artworks but artworks still come out. They take longer and have limitations. These limitations shape the type of work that is made. Half a garden shed or the kitchen table forces a type of work, as does only a computer.

The other thing is that: ‘The Work’ plus ‘Something Else’ is what may edge that funding or commission. What that ‘something else is’ is not nessacerily how good you are at writing conceptual critical intelectual justifaction for your work. It may be that you have completed a substancial body of work and documented it well so you can present it clearly to interested people. Which is a totally different thing.

I am trying to help when I say Rome was’nt built in a day. The last thing I was going to say is I think artists are made by the lives they live, not what they were taught in collage. 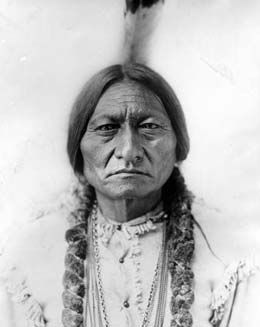 I dont have much to say but here are some dog walk drawings.

We got sort of half lost on today’s walk. We walked through corn fields with hay bales in for a while, needed a bit of guess work, but never really that lost. I dont think Cosmo knew we were lost he was very exuberent.

Sometimes I try to test him to see if he knows the way? Oh..he makes out he does, boldly goes off in one direction. But then coincidentally discovers the trail of a squirell or rabbit which takes him on a long wide arc back to the junction where I let him decide which way. At this point he waits for me to either carry along the path he chose, or go back to the junction and pick a fresh one.

Now I noticed a blue flower in my wild flower bucket yesterday, turns out it is a corn flower. An endangered spieces. Named so because it’s habitat is corn fields. But with modern farming techniques these ‘weeds’ are eradicated with chemicals, pesticides and stuff.

This is the first flower I have ever really grown. I have told other people to plant flowers and that, but I never really bonded with those flowers.

I turned the mural job down. It was a long drive at the start and end of each working day. They were not going to include any expences outside the fee. I just thought I dont need to work that hard.

I have had my foot right hard down on the gas pedal for what seems 18 months or more even. You cant keep that pace up indefinately? I still have stuff to do but just with more time inbetween them.

Now, Cosmo has no problem with leisure and active time. He chills out during the day and makes the most of his active walk time.

I’m finding it hard to relax in the spare time. I should be reading, drawing, relaxing and reflecting on things. Reviewing my promotional material and approach, enjoying not working so hard.

But there is a little nagging feeling says ‘you should be earning money, there’s a recession on. You should ern all you can, you berk.

I think I’m punch drunk if you know what I mean! I am taking my lead from Cosmo and making an effort to chill out for fecks sake.

So here are a couple of drawings from todays Walk with Cosmo.

I’ve been feeling pants lately. I should’nt. I’ve got more work than I can keep up with and several oppotunities which look worth applying for. But I still feel rubbish, but did have a break through today. Drawings: my drawings are usually about, designing something to be made in a different material, showing some one else an idea or how to make something.

Todays drawings I did two of those three things, but I was creating little worlds that I inhabited and walked around as if I were inside a model world.

The other thing I wanted to say was someone actually contacted me to paint a mural, did you hear that PAINT a MURAL. Not print something digital onto sheet materials, paint. Brushes favoured over spray cans.

The economics of painting a mural are problematic because you have to go there and do it day after day racking up pertol and labour costs. Is it really true a painting is viable in todays digital high speed world, does it have something other media dont have, thats worth paying for.

Painting, that is where it all started for me years back and I love it. Enough to work with teenagers and a site hoarding bloody miles away. Well we’ll see?

Cosmo is a little too hot in this weather and he’s booked in for a hair cut next Tue.