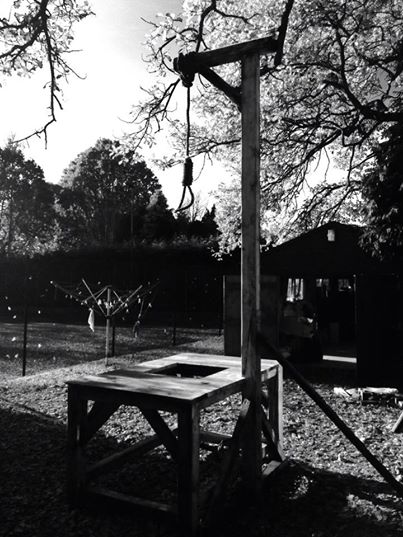 My name is Alexander Luke Osborne.

I would like to start of, what has been going with me, and in which, has then got me to embark onto my final degree project, Prestige…

It was the 4th of December 2013, and I was sitting in one of the empty rooms, downstairs in Prettys Solicitors, in Ipswich. I was helping to hang the soon to be recent, ‘Trafalgar‘ exhibition.

At about 11:30am, I wasn’t feeling one-hundred percent, so I decided to give my Mum a ring, to let her know how felt. I said to her, I wasn’t feeling ‘not quite with it‘, in which she replied, ‘have you eaten anything?‘, and I said, ‘no‘. I then decided, to get something to eat from McDonalds. After a few minutes of talking, I said goodbye to my Mum, and hung-up.

I got in my car, and drove to the restaurant, which was only five minutes away. I decided to sit inside for a change, and I ordered a Big Mac, large fries and a large Coca Cola (no ice), and as I said that, in which I soon remembered, I was a student! By flashing my student card at the cashier, I got an extra cheeseburger, for free!

After I finished my meal (which I still had a cheeseburger left), I drove back to Prettys, feeling a bit better. A couple of hours ticked by, and around 1:00pm, I really felt really weird. I said to the janitor of Prettys, ‘my left arm feels numb’, as I lent over a nearby chair. I didn’t know what was happening! It was like my mind was sober, but my body, was as drunk as hell! I remember all of it, from me falling to the ground, pissing my pants (no matter what, I couldn’t control it), to me riding in the ambulance. About a week later in hospital, I realised what has happened to me. I have had a Stroke.

More than a year has past since I had my Stroke. If that is not enough, I have had a tumour in my Stomach the size of an orange, in which, the Stomach had to be removed. It has been a tough year, but now I can see the lighter side of life.

I make my Artwork to represent the troubles and tribulations that I have gone though. Starting right back at the beginning, when I was two years of age I had Cancer. Now, the Radiotherapy that saved my life may have been the cause of my Stroke.

When I was in hospital, a week after my Stroke, and I lost the use of my right arm, I thought that was it. I didn’t want to live anymore. But one day, I picked up a pencil, and drew a picture, which then I decided to paint. I knew right then, there was a purpose. A ‘New Dawn’ has begun. if I never had my Stroke, I would of never have found my tumour, which gave me the idea for my Gallows. The tumour resulted in me having no Stomach.

Welcome to the Prestige…

In September 2014, I still was walking around with my walking stick. Now, I am a new man, and walking without a stick! I want to thank all off you, that has helped me. I am grateful for what you have done.

I wish I had time to do more on here, but as you can see, I still got a long way to go.

But, That is it. It all comes down to the assessors know. I have done all that I can do. It has been a short nine months. Anyway… here is everything I have done during that time…

My first day, did not happen after I woke up. I was so out of it on drugs. It was only the second day, and Was starting to feel the most worst pain in my entire life.

I made the sculpture by welding sixteen Double glazing hinges, to a sprinkler I found down the back of my shed. Being a sprinkler, I would of liked to hook it up, somehow, and it spewing out pigs blood, or something. But due to time, that will have to wait.

The respirators I found at a car boot sale. £2 each!

Karen Harradine is a MA student studying journalism. She wanted to make a film, to know what I have been through, and my experiences with ill health.

I knew my right hand was not working properly after the Stroke. All the movement I had, was the strength to hold a cup. This led me to experiment with mixing water and acrylic paint together, in order to make it easier to work with. I used my left hand to guide my right, so I could continue to paint. The painting above show my first attempt at painting with my right hand. It was good to use my right hand once again, and assisted me to gain some movement back.

I believed I could work with my right hand, so I started out with four boards, and I did the same in white paint, then decided to use other colours. This has become known as my Stroke Series.