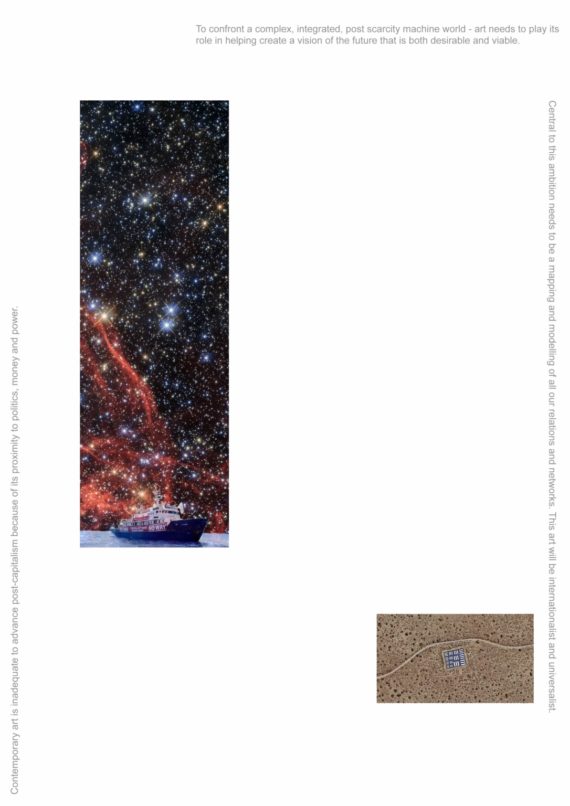 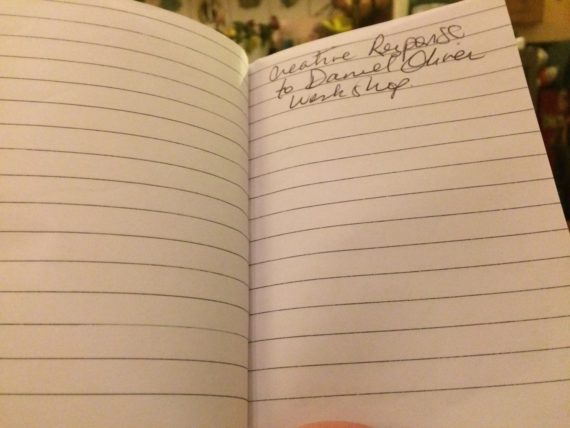 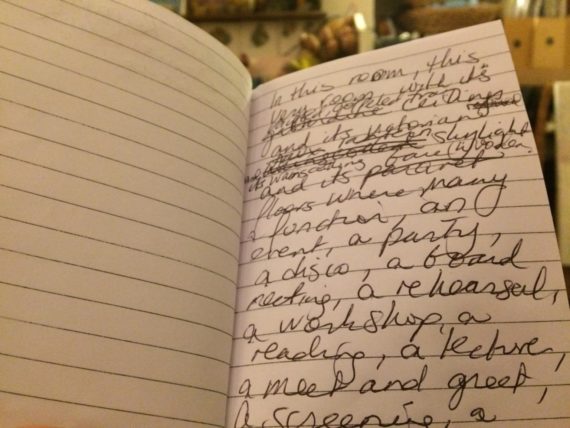 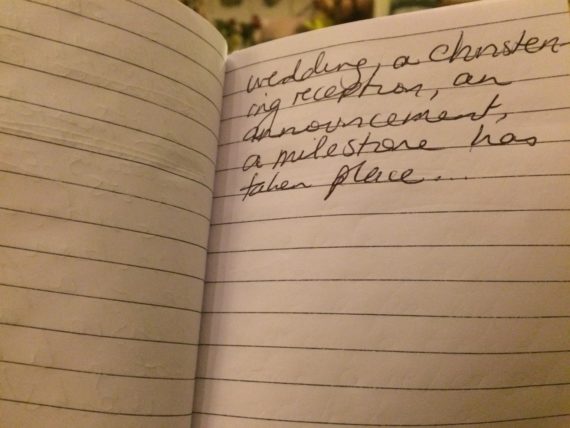 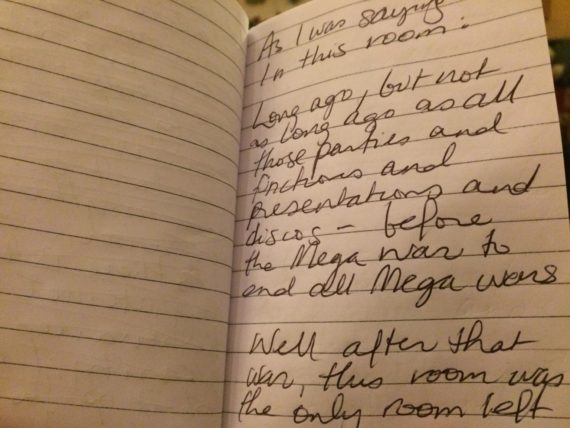 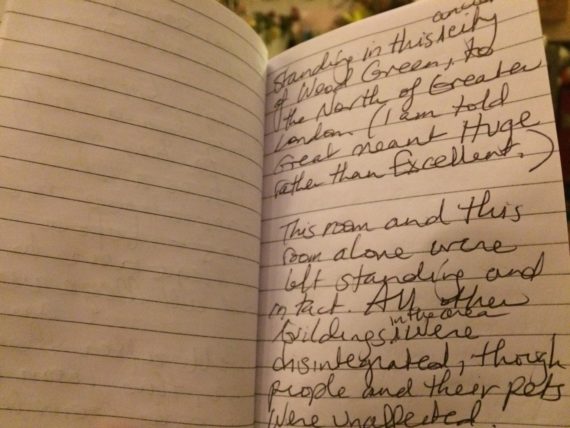 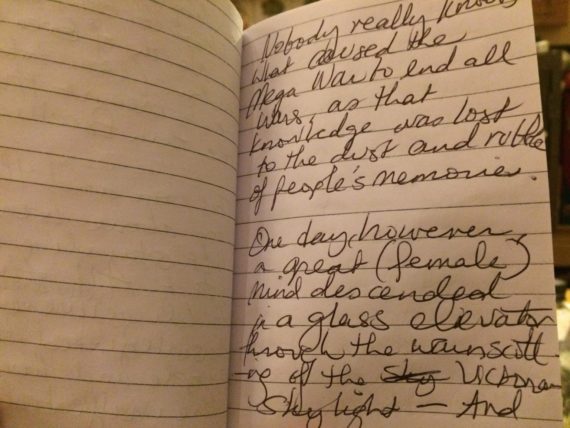 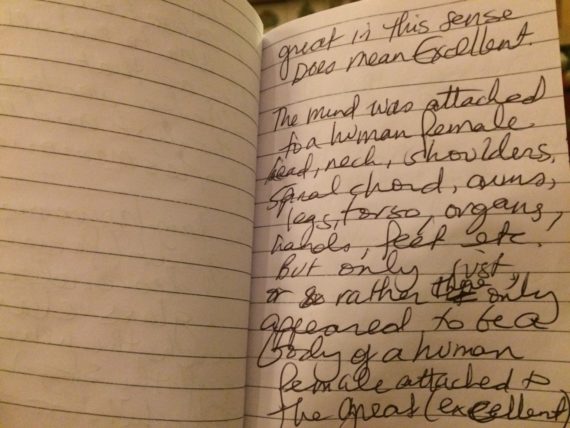 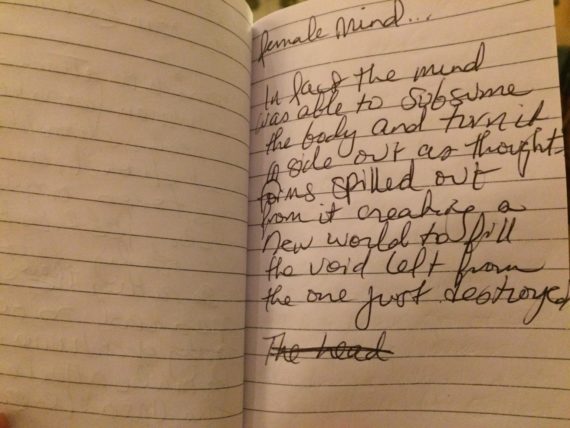 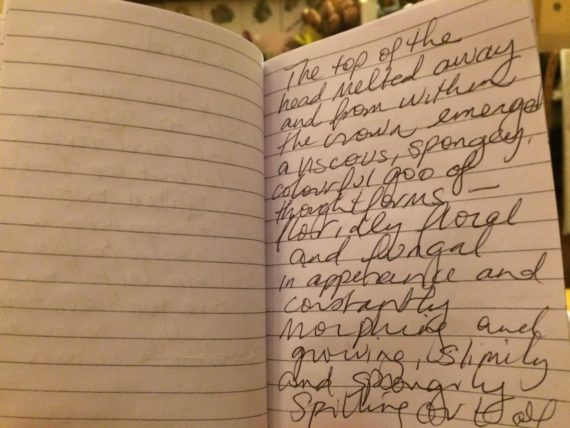 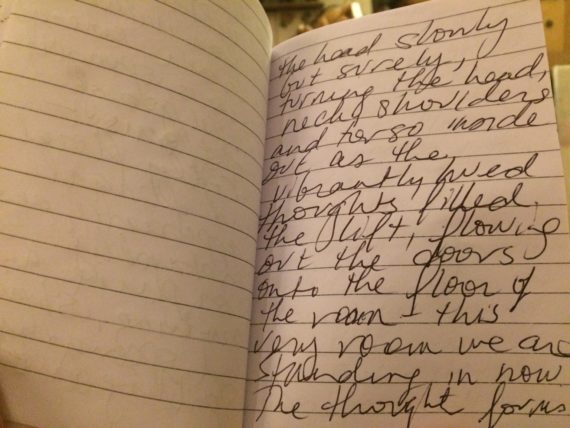 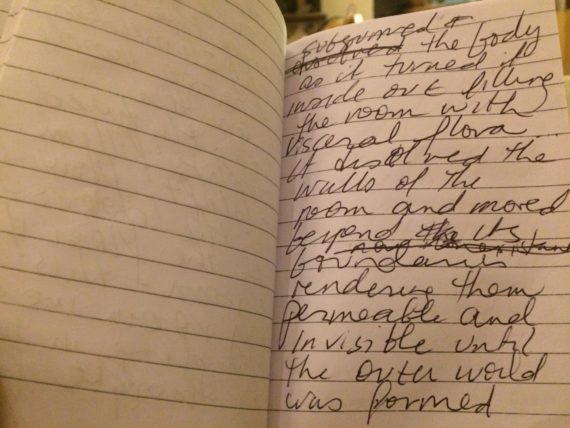 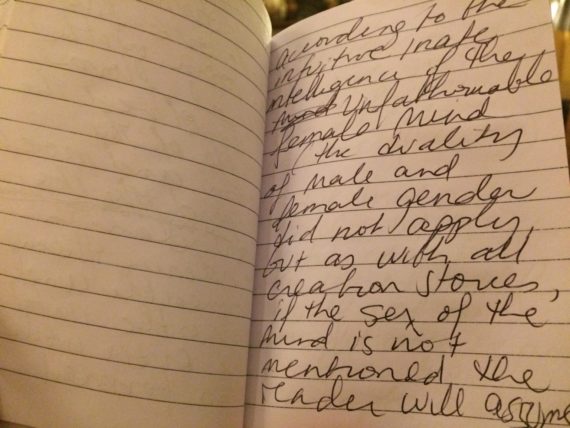 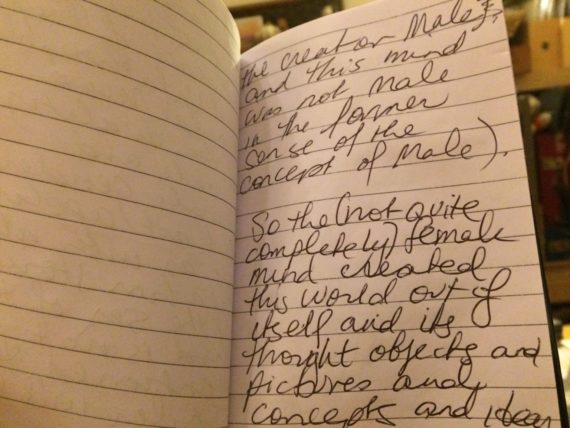 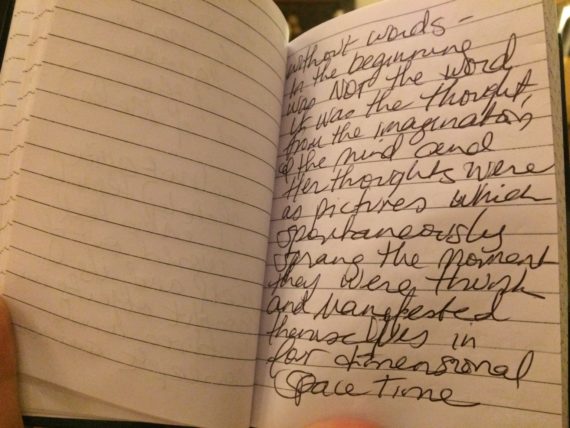 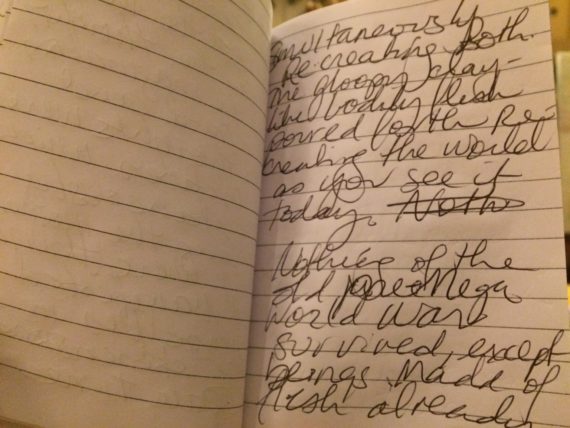 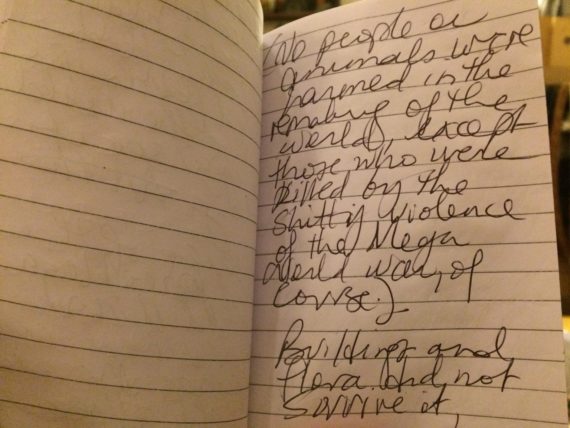 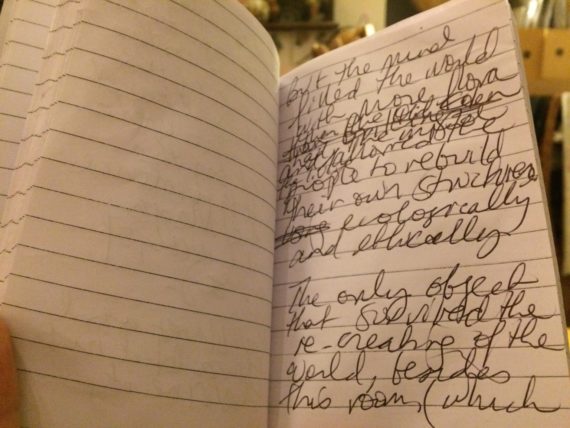 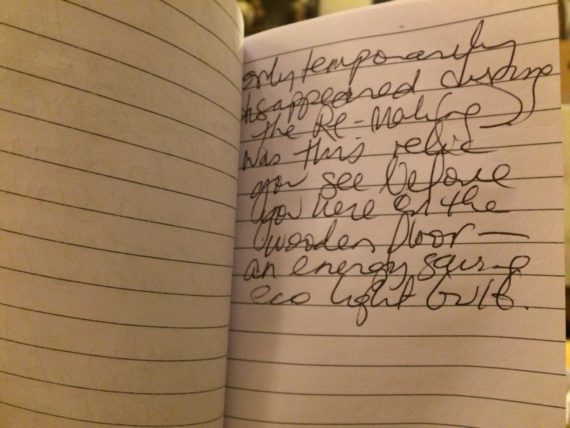 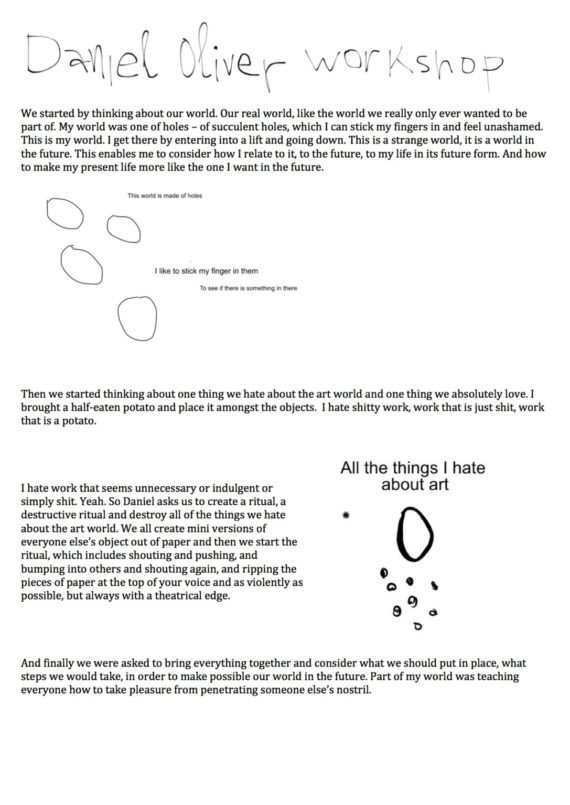 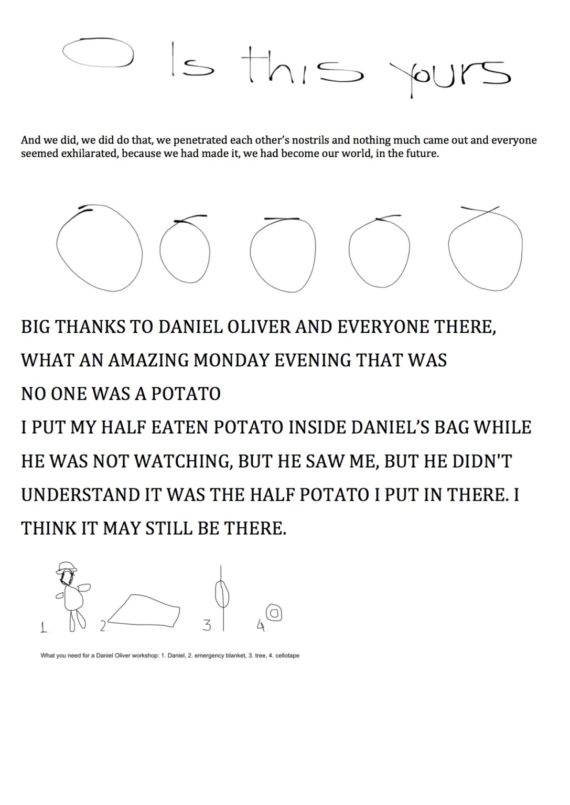 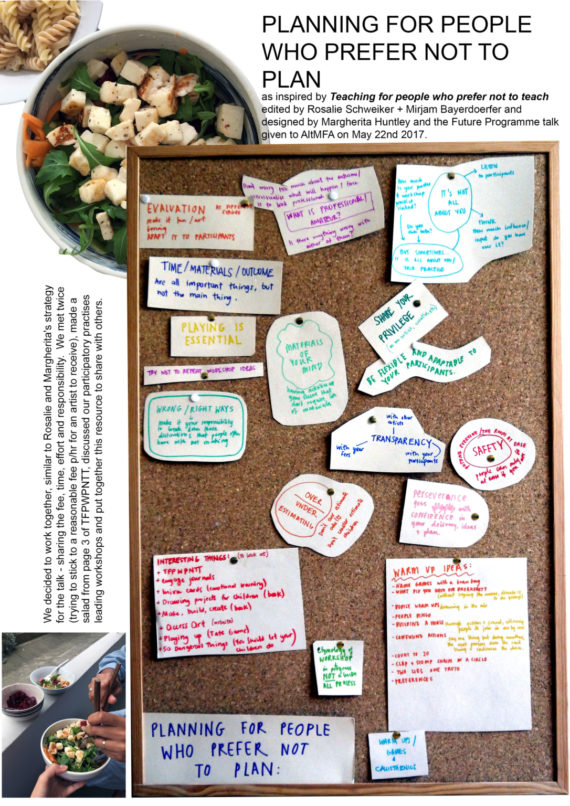 ‘Teaching for People Who Prefer Not to Teach’

…6 – In October (20th), Dave Beech took time out of his busy schedule to share his expertly honed insights in an intensely thought-provoking talk about ‘Art and Post-Capitalism’ – at Christies Education, no less!

Andy Yau of Alt MFA jumped at the chance to respond to Dave’s compelling lecture. 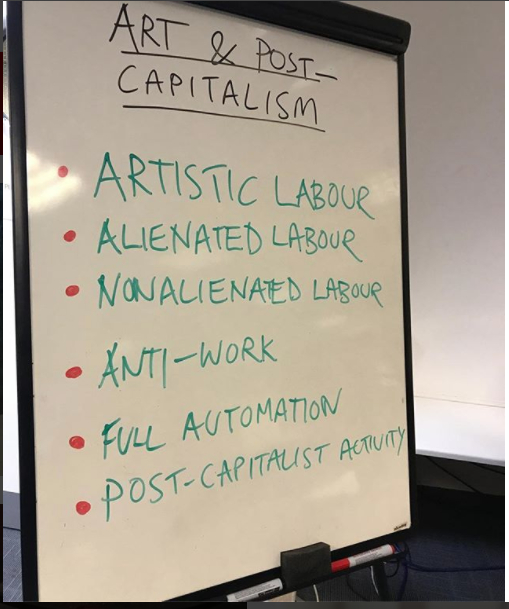 7 – Also in October (30th), Daniel Oliver held a hysterically fun art and performance workshop titled: Max Dyspraxe’s Post-Aprokrolips Chiperlaterartparty! upstairs at the Green Rooms Hotel, where we tore down the art world of the present and stepped into each other’s future worlds!

Eirini Kartsaki and Eldi Dundee of Alt MFA were inspired to respond creatively to this messy and magical process of artistic world creation.

8 – November (27th) saw Francesca Cavallo’s workshop at the MayDay Rooms, where Francesca presented “glimpses from Rehearsing Disaster: her long-term exploration of pre-enactments. Focusing on risk assessments, warning messages and survival manuals we will examine these techniques and explore how to exploit their possibilities through critical and creative exercises.”

Debora Mo of Alt MFA has offered to provide us with a creative response to Francesca’s workshop.

9 – December’s first (and the series’ penultimate) talk was by Hamish MacPherson, entitled: ‘so where exactly did the future come from?’ Delivered in four parts, and hosted by Guest Projects (Thanks Yinka Shonibare Studios), this experiential workshop and talk began with a tarot reading/performance by Eldi Dundee, with Nathania Hartley as the ‘querent’ on behalf of the audience, asking about the future of the lecture itself. In subsequent sections of his presentation, Hamish conjectured that the future lies not only in our knowledge of the past and present, but also in a sentient being’s sensitivity to the cues that the future is already here – how animals react to an earthquake before humans (or their instruments perhaps) are able to perceive it, for example. There was dancing, in which we were asked to see if we could predict the point at which a future movement is born from the flow of a present one.

AltMFA’s own Nathania Hartley and Naima Karlsson are going to be responding to this rich, immersive talk.

10 – December’s second, and our LAST lecture in the series will be by Owen Parry on the 10th of the month. Details to follow.

Full and excerpted statements for social media advertising of the talks were written by the lecturers themselves and copyrights remain their own.