To date there are 3 things which to me have struck a chord during my residency:

The images from Dane John VAD Hospital and the fracturing of identity I have associated with the un-named people depicted, rendering them in my mind as ‘forgotten’

The combination of the poppy as a symbol that by many is now seen as far removed from it’s original purpose to not only to remember those who lost their lives during WW1 but also as a reminder that war should never be allowed to happen again. As history testifies this last bit didn’t last long.

Ideas and works have begun to form and here a few images of some of the first test prints and the link to a short video of the testing of imagery for a series of flags.

Each image is made from hundreds of damaged poppies that can be seen when up close and only reveal the true image when moving further away from the work. 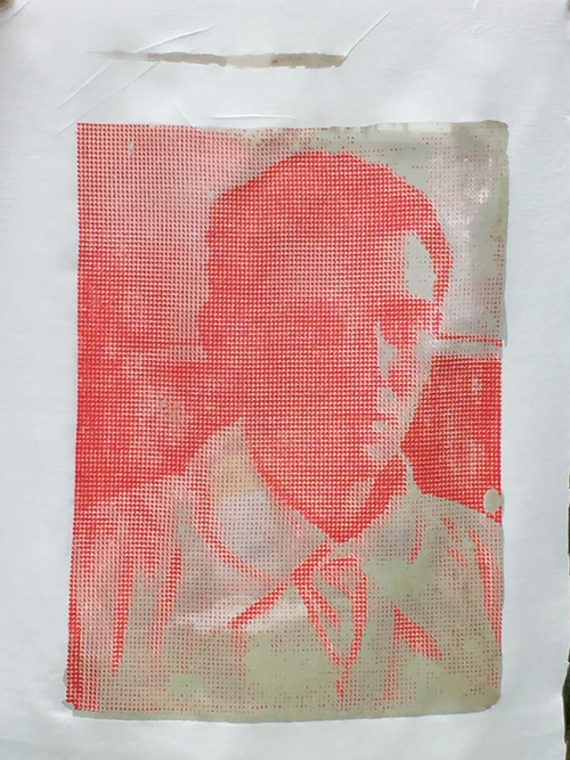