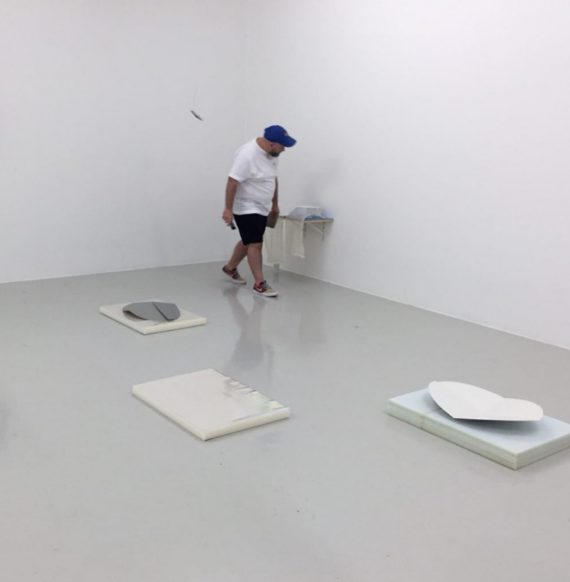 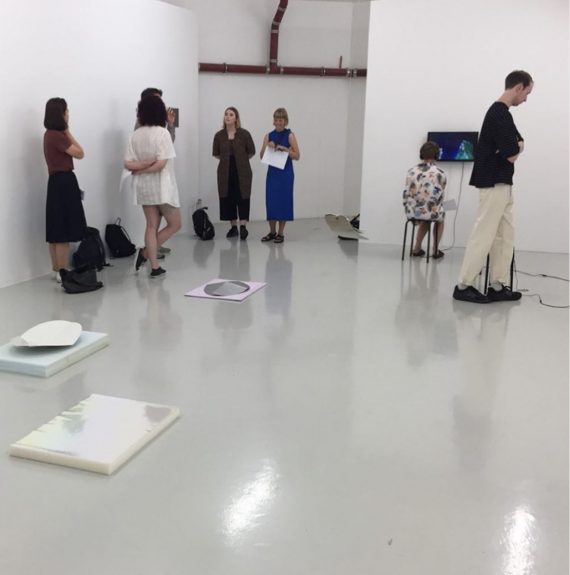 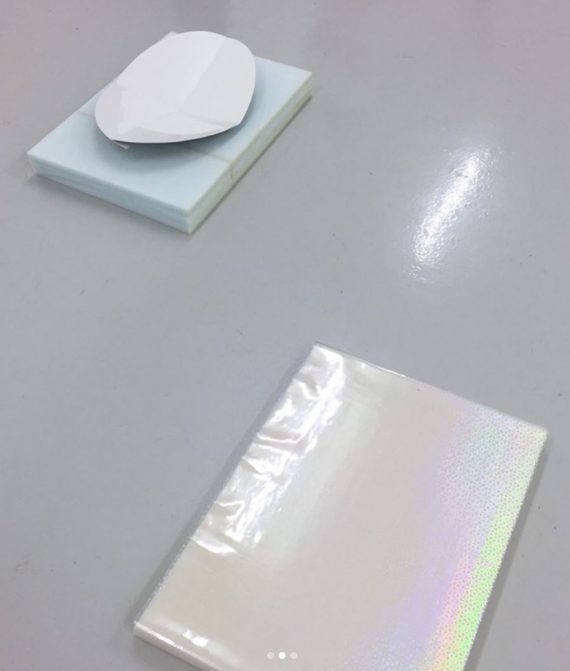 A bit about Vermilion Sands (from their website)
Located in Copenhagen, Vermilion Sands is an exhibition space for local and international contemporary art with an emphasis on experimental strategies of curation, mediation and access.

We aim to collaborate with artists and curators alongside practitioners from other fields with the intention to provide a supportive platform for cultural production. The intention is -by embracing a variety of voices, approaches and positions- to activate conversations in the liminal zones between conventional thinking and understanding.

A bit about Vermilion Sands (from my notes)
Artists collaborate with art historians and curators to make spaces (This was the first time I had ever thought about artists working with curators and art historians, or for that matter heard someone talk about it). Wanting to put local artists into an international context. Trying to broaden the idea of what an artist run space is. There is no text for the exhibition, no open call, it’s straight forward as they only do what they want within the space i.e. as they don’t like doing admin they try to minimise this. They get real time feedback from guests within the space and people usually send stuff to them for submissions.

In the first and second year they received a startup fund. He felt as if some art spaces / institutions were becoming an entertainment spectacle trying attract certain audiences to increase footfall and reach audiences they wouldn’t normally bring in. Kevin only puts work on in the space that he wants to see. He thought CVs were only for curators, if you wanted to become a director of a gallery. Most of the writing they do is for funding applications. He asks why there isn’t just a space for art that’s not about upping footfall. Universities get so much money but you aren’t allowed to walk in and experience it.

After the financial crash there were more artist run spaces. He enjoys putting 2 artists together to make a show to see what happens (artists who’ve never met). Kevin had his studio upstairs so he could pop down easily to show people around. Funding is harder to get in Denmark if you are not from there. We heard more about this on day 2 venue 1 at the Ta Da space where the artist there was born in Denmark but went to study in the UK which she thought would be to her advantage. On returning she realised that funding favours the artists who were born, educated and stayed in Denmark over those who leave to study / work elsewhere.