Being alone like this brings me to thoughts of solitary life. Spare me please the apparition of Sister Wendy Beckett, nun artist looming. I'm back to nodding my head up and down looking out the window at the distortions in the glass. Actually it is absorbing, as a metaphor at how one looks at a culture from the outside. Patterns appear but are they really there?

Returning to the Hamburger Hof Museum, I enjoyed eating the sweets from the Felix Gonzalez-Torres installations, (until I got a stomach ache), but even more agreeable was being able to carry away the ‘Please take one' sheets of paper as they will be great for messing about drawings. In the Joseph Beuys galleries, the huge blocks of fat, old machinery, felted violin and other autobiographical objects in glass cases sit dumbly without the strutting egoist himself saying how important they are. Warhol undoubtedly was just as big an egoist, ( as probably every artist is, what moi? saying ‘Look at me, look at me'. Outsider mental patients excluded.), but his "Oh I don't know. Gee whiz." stance is much more agreeable and contemporarily relevant. A Damian Hirst glass case of shelved pharmaceuticals is in the collection. Titled ‘Void', I at first thought they must be sleeping capsules, but looking closer I saw there were a lot of haemmaroid suppositories, and the capsules must be laxatives. So the work isn't shit but it produces… Funny. 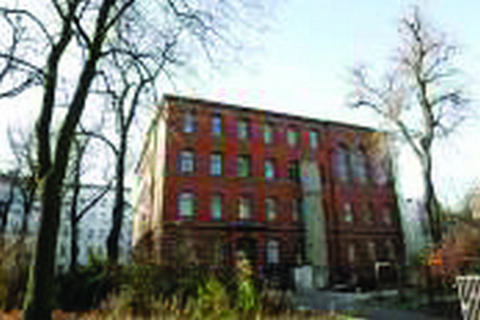 Descending again into the dark of ‘The Art of Projection' made me aware of how there is this split or war between projected works using light, and art using matter. With the light works we are paradoxically forced and funnelled into blackness, separated from the world by insulating curtains and corridors. Like wraiths in an underworld one then stumbles, until the eyes become accustomed, against other spectators until one then goes on to the next projection. Actually this work in its way, is looked at like paintings or sculpture, in the way that we are accustomed to look at art, unlike cinema which we also watch in the dark, we look for as long or as briefly as we want, and then walk on. The difference is that without a beginning or an end that one would wait for as in cinema, and especially because there are no seats or not more than a token cushion or a wall to lean against, one moves on having witnessed a fragment only. Of course a fragment does carry the integrity of the whole but it is a little like cutting out one of Cezanne's apples, there is not the satisfaction of an entity. That is part of the medium's withholding, (sadism I want to say), and its unique expression. Some works are too long like Douglas Gordon's Twenty-four Hour Pyscho', or Matthew Barney's ‘Crewmaster' series, but mostly there is unstructured ambiguity or repetition, without narrative. Marcel Broodthaler's ‘One Second of Eternity', a perfect if extreme example with, as I now discover, simply his signature initials O. M. flashing. Certainly this art of projection does reflect a lot that our collective lives have morphed into, being bound to our laptops day and night. In the museum shop I buy a Robert Crumb postcard of a trailer trashy lout at a computer: ‘How did I ever live without this thing'. 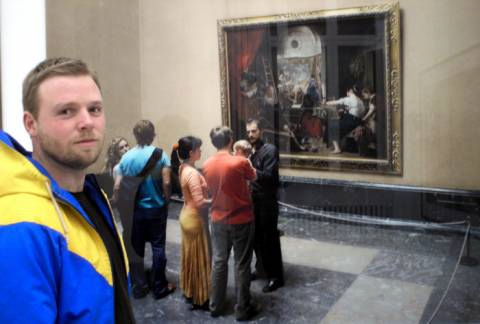 Hours drift away while I read about Berlin and shuffle all the brochures and listings. Planning to go out means studying the map and then the transportation system map. This takes a lot of time, but once I actually do get out at least I know where I'm going. Social guilt means I get up earlier in the mornings, even though I stay up late reading, writing, putting up some paper on the walls.

The episodic nature of time and experience has been influenced by the email phenomena. I get vast amounts of junk emails. Every day there are between twenty-five and thirty-five emails in the Bulk folder. I delete them all without looking, but the ones that irritate me are the ones that slip through and I think well maybe that might be from someone I know. Then immediately delete it because no, it's not. Today I finally have got going and worked steadily in the studio. Overcome by email ephemera, I try to draw something that at least is a real mark and not just restlessness. It is the steely seriousness of the German mind that I'm hitting up against.

A great day at the Hamburger Hof Museum of 21st Century Art with its' monumental Anselm Keifer installations, huge Richard Long Slate Circle and such a large exhibition of ‘Beyond Cinema: The Art of Projection', that I have to go back to see the Felix Gonzales-Torres and Beuys that I missed. Warhol's ‘Knives', 1981-82 looks terrific as does his ‘Sickle and Hammer'. Upstairs, coupled with a Marcel Broodthaler exhibition of ‘Le Corbeau et Le Renard', a series by Arnold Dreyblatt, ‘Ephemeral Epygrahica', digital papyrus translations printed in transparent layers over each other, so that they appear and disappear, from concept to execution are remarkable. 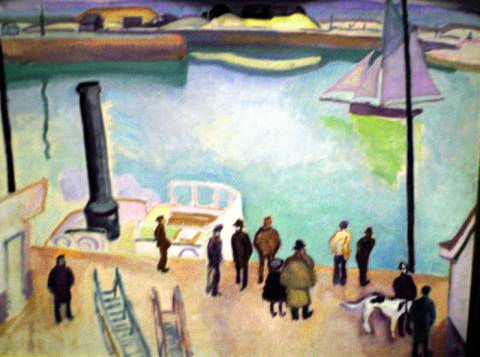 Many of the buildings show the damage from the Battle of Berlin, and there are a lot of empty spaces and unreconstructed buildings just left. Broken Berlin is still shattered, especially on this eastern side that didn't have the pouring in of American money. Imbedded into the footpaths are brass tablets as memorials for the Jewish people who had lived in those buildings before Auschwitz. A very large ruined complex of buildings with a big archway used to be a famous artist's squat but now will become commercial. At last I got to the New National Gallery. Built in 1968 it is Mies van der Rohe's last built building – a masterpiece. O. M. Ungers Cosmos of Architecture is the featured exhibition and includes his own collection of artworks. A knockout Ellsworth Kelly painting, Black Green 1980, Donald Judd's cadmium red, Half Solid Tube Piece 1990, in that show plus other works in the museum's collection, make me feel very happy.

When I lived in New Zealand, I had a neighbour with three daughters. One day, this recent widow intrepidly climbed up onto the roof to try to fix a leaking tile. She fell off onto her head, and from then on lived in an institution, with the eldest daughter Fiona, bringing up the other two girls. They used to bemoan that they would never be married now, saying that in New Zealand men only marry girls that are rich. Not entirely true I'm sure, but true enough everywhere, viz Jane Austen for the reverse. When the mother came for weekend visits, she looked the same, however it was as if her head was an egg, which unlike Humpty Dumpty's, the shell remained unbroken but the insides were scrambled. She used to try to find things that weren't there and ask about "her area".

Still not quite habituated to this routine of living out of a studio and a suitcase with hygienic facilities at a distance, I keep forgetting where I've put things. Today it happened, coming out of my hot shower I realized that the towel was back in the studio across the public, unheated corridor. That's when I thought of that brave New Zealand widow: In my case, same on the outside, but very stupid inside. But hey, for a few years when I was a child, we lived on a farm in Canada with the outhouse some distance away and a pump for the well outside the kitchen door. And that was high snow to get through. 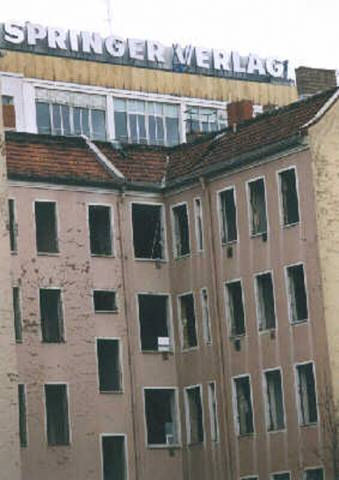 Sitting in the long large cement floored white walled studio, I contemplate its emptiness. One of the double glazed windows has flaws so that if I nod my head, the straight red line of the flat roof opposite goes into a wave and then disappears. This occupies me for quite awhile. A mirror has been brought for me to hang in the kitchen living part. I am amazed at the difference it makes to reaffirm my sense of self. Now I see that it wasn't only the inability to pay for a model that prompted all those self-portraits. I am beginning to settle in. 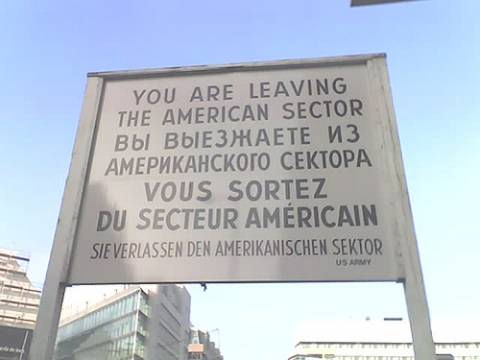