Taking the paintings off the stretchers and rolling them up. The Milchhof really came into its own with friendliness and helpfulness. First, big handsome burly bearded Mark asked the driver of the van going to the Köln Art fair, also Mark and a sculptor, if he could take my stuff to the shippers, as well as giving me good practical advice. Mark, second, said he would get all the stuff into the van and then possibly he could take the rolls on the roof. Meanwhile Volka, kind Volka, offered to drive all my stuff to the shippers for me. Fantastic. We got the stuff together and set off at four o’clock. Each painting in a plastic drainpipe weighed 4.55 Kg, just as George Pusenkoff had predicted. The four small paintings in a package weighed 6.4 Kg, and the incredibly heavy suitcase that I could not lift weighed 35.33 Kg. So it all went well because of great fellow feeling support and help those artists gave me. That definitely is Berlin.

Another pleasure was visiting Lisabetta’s studio and seeing her delicate soft works. Very lovely and wonderful for me, as Lisabetta is also a colourist working through intuition, and not from a closed, imposed system. We had a lot to discuss about the materials, technique, and general approaches to our art.

Cathy the artist in the studio above me came to tell me about some private views opening tonight, and Carlos, the architect and artist and I had a discussion about our work as he had visited my website. All in all just the sort of rewarding inter-relation with other artists that one longs for and normally doesn’t often happen. It was a terrific feeling.Late in the warm evening we stopped for an ice cream outside on Orderbergerstrasse and were astounded by the number of people, (and bicycles parked), in the Biergarten next door. Exactly like a Renoir painting of the masses at leisure, or a Pleasure garden this Biergarten was closed up, invisible, until a week ago. How magical it all is.

More face shots for My Berlin Wall to put up in London. The people who came that had been to the Opening, got their prints of their first shot to take home. It was fun. I was so delighted to see people like the lovely helpful serious girl from the art shop, and beautiful French Cecile taking time off from her Le Monde reportage, as well as the artists from the Milchhof and elsewhere that have been so significant to my experience of Berlin. I have been truly fortunate getting to know all these different and fascinating artists, writers, architects, and filmmakers.

Time is fleeting and soon my existence here will become but an ephemeral bright memory.

St. George's English Bookshop with its inimitable charm and weekly film showings. How I will miss you. This week it was WHEN A WOMAN ASCENDS THE STAIRS (1960) by Mikio Naruse, it is a film about Keiko, a bar hostess in Tokyo's Ginza district. At age 30 she is senior to almost all her colleagues. Her life is in crisis as she is nearly too old for her profession of tending to lascivious and drunk businessmen and pretending to enjoy it. Well yes a lot of the films are depressing, but so gratifying, satisfying, extending in so many ways. It is a whole enriching experience. The great people and the exhilarating ambience with the deep leather sofas, not to forget the books as well as the films, and tonight homemade delicious feta cheese and spinach sandwich wraps for 1 euro to go with the wine. What cosiness. One really feels amongst a like-minded coterie. 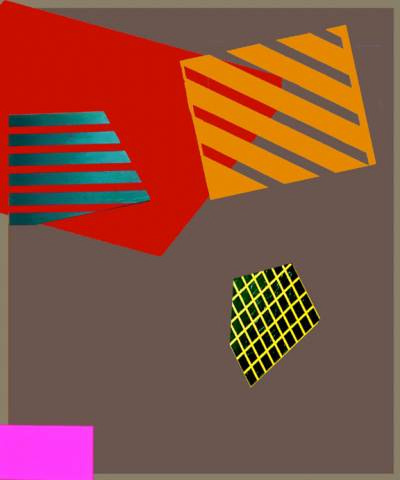 In Leipzig The Stasi Headquarters was fascinating with its low-tech displays of espionage and grim control. Frightening but ludicrous with its wigs and false noses, jars of body odours collected so that sniffer dogs could track the victims, photographs of surveillance on foot, bicycle, cars; photographs taken by secret cameras in a book or from their pockets wearing false moustaches and spectacles. It sounds comic but the purpose was deadly.

In this building all the DDR prisoners awaiting the death sentence were kept in bleak small cells. The entire killings, executions, were carried out in Liepzig. While they were subjugating and terrorising the people, the Stasi building had a bowling alley and cinema for their own staff.

It is said that the Stasi buildings all had the same unique smell and that it still lingers here. Anyone who was interrogated or kept in a cell there recognises it instantly. Was it the paint, or linoleum, or brutality and fear mixed? To me it had a musty institutional slight smell, but would I recognise it again?

Leipzig on the other hand, was a moving experience seeing the old Baroque buildings and the churches where Bach's music was created and performed. At the Bildenden Künste I was able to see more of the much sought after Leipzig School painters. Neo Rauch being the most impressive, and disturbing. They carry an unsettling conviction as if something murderous or impure might happen at any moment or has happened already. Peter Doight has a slight, much weaker feeling in his works, but there is some connection in mystery or ambiguity to this.