Today was actually not that brilliant, spitting rain, nevertheless, I decided to go to Potsdam to see Einstein's Tower. It s often cited as one of the few landmarks of expressionist architecture and is an astrophysical observatory in the Albert Einstein Science Park in Potsdam, designed by architect Erich Mendelsohn It was built for astronomer Erwin Finlay Freundlich to support experiments and observations to validate Albert Einstein 's relativity theory.

What I hadn't realised before I set off was how far I had to walk. At the train station where there is no tourist bureau of course, with the help of some young kids and a passing man, possibly a railway employee, I was faced in the right direction and told, ‘must walk, keep going to left. In fact there was that arterial road desolation in front of the station, with the town some distance away and the Wild Park woods far away in the opposite direction. Walking for an hour up hill, I thought, ‘surely it will be marked'. Wrong. Finally, stopping a lone cyclist, I asked, ‘Einstein's Tower bitte?' He said I had to go back then turn right then left. A completely unmarked track had me doubtful but I saw a man and a dog coming towards me and asked, ‘Einstein's Tower bitte?' Evidently it was the right direction and I had to just keep going. All I could see was trees. No tower. Until I saw a gate, locked, and wire fencing stretching into the distance. Those people I asked told me what I had asked for, directions to the tower. I hadn't asked is it open to visit, to see? Following the wire fencing for quite awhile I still couldn't see anything but trees. So it was in there somewhere. The guidebooks don't even mention it so I can't grumble that they didn't say that it was closed.

Looking it up on the Internet later, one can see its' distinctive penile extension form that must have been one of Foster's inspirations for his ‘Gherkin' in London. Its' a guy thing, but amazing. Wish I could have seen it.

Ditto with the Bildergalerie at Sans Souci, which is the oldest surviving royal gallery in Germany. A large number of paintings were taken by Russia in 1946, some have been returned, but perhaps not enough, as the guidebooks don't mention it. I won't know because again, it wasn't open. Sans Souci was not open on the Holiday, its statuary all boxed up and hidden from view. I had walked back through the woods, then past empty derelict buildings along the canal into the town centre. Even if one had thought ahead and brought a picnic lunch, the windy, spitting rain wasn't conducive to any such dallying. It was an enormous amount of walking. In the town central area, the Dutch Husimand area with its' fine-looking long street of Dutch style houses was built to attract Dutch settlers, who didn't come because Holland at that time was very wealthy and Potsdam poor. Now it is a a historical novelty, rather twee. I had come at the wrong time. I trudged back to the railway station along its bleak approach.

My tip is: Don't bother to go to Potsdam. (Or if you do, don't go on a holiday, and not on weekends).

Nietzsche- ‘Collective celebration has been replaced by the hell of individual existence'.

Nora Ephron- ‘Never marry a man you wouldn't want to be divorced from'.

A couple of weeks ago I'd gone to the exhibition opening of photographs of the Vanuata Islands and met the designer who turned out to be a New Zealander. Today, she came over to the Milchhof for a visit with her thirteen-month son. Typically she'd been living in London and had come to Berlin for a symposium and liked the friendly, laid back openness of this easy to get around smaller city. When an offer of a job here was made she took it, but not speaking any German when she came, she found it difficult, however she then met the German photographer and has now settled in. Nevertheless she still finds the long darkness of the winters oppressive, and tries to visit New Zealand at that time if she can. Since I have lived in New Zealand and know the exhilaration of its' clear air, and having just gone through a Berlin winter I can sympathise.

As well as talking about New Zealand, we both had a rave about Berlin's cheapness and easy living. Berlin has come alive. It is a totally changed, open place now. Instead of emptiness and darkness, the streets are filled with people day and night, eating, reading, talking, drinking, all outside as much as possible. Still, it is the longed-for contrast that makes it so delightful, so precious that Berliners take advantage of it immediately and rush outdoors. To me, Berlin looks a completely different city from what it was when I arrived in December. 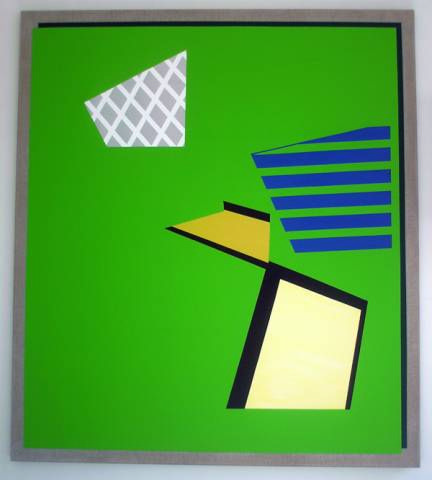 The Academie der Kunste second part of the Site and Space exhibition is at the Hanseatenweg building that has a Henry Moore Reclining Figure outside. There was a time when no building was complete without a Henry Moore outside it. They're dotted around the world all over the place, but does anyone ever look at them now and say ‘I want to make sculpture just like that?'

This exhibition is really a catchall to show anything they can get hold of, which I don't mind, as there are terrific things in it. Here there was an extremely fascinating mixture of Man Ray photographs, Picasso sculpture, painting and drawings, Marcel Duchamp's reproduction of ‘The Large Glass,' a film of the Alexander Calder ‘Circus', a film of a Samuel Beckett play, Morandi paintings, Klee paintings, Max Ernst early paintings, an exquisite tiny drawing by Malevich as well as paintings, a large sculpture by Louise Bourgeois of what looked like a large bunch of penises bunched together like asparagus, perhaps growing like that, but carved or cast in what looks like a rose marble but could be a polymer. So all of that, did I mention Matisse, Bonnard, and Nauman all in the same breath too?

What stood out, apart from the intense pleasure of looking at a good selection of works each, from all the above, was a shockingly authentic film by Jean Genêt, ‘L'Amour'. It distils poetry out of violence and is compelling to watch, however brutal. A very long way from contemporary camp anonymity. I stood and watched it all the way through, but mostly other people would look transfixed for a few seconds and then seemed to get uneasy and move on quickly once they realized what was going on in this prison with the prison guard and the prisoner who had the sexual power. That plus films by Gordon Matta-Clark and others by Jean Painlevé suggesting the Fourth Dimension, were riveting. What a lot of great works to see.

One film of Gordon Matta-Clark showed him pasting up advertisements and then graffiti ‘From the USSR with Love' on the Western side of the Berlin Wall when it was pristine white, and being questioned by the guards as to what he was doing. This was in 1976 and that means that he must have been the first to do graffiti on the wall, so starting the avalanche that followed. Historically that is important. It was touching to see the West Berliners queuing up to go up a staircase to a platform contraption so that they could look over the wall at the East where perhaps their home had been. They weren't giving even a glance at what Matta-Clark was doing with his art pasting and spraying cleverness. Like Banksy at the Israeli Palestinian wall. Maybe it takes outsiders just to kick things off. 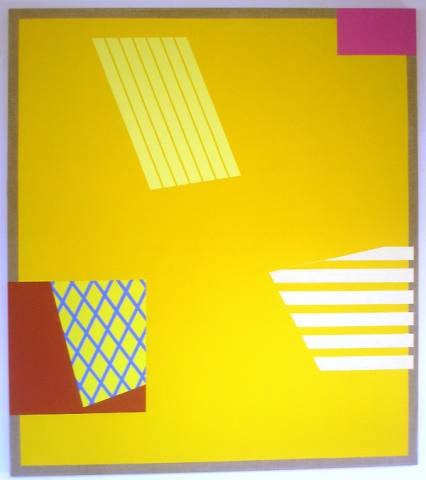 A last bowl of borsht with Tom at Gorky Park as he's off to England for a few weeks break from being a Berliner artist.

Clement Greenberg writes: ‘I think a poor life is lived by anyone who doesn't regularly take time out to stand and gaze, or sit and listen, or touch, or smell, or brood, without any further end in mind, simply for the satisfaction gotten from that which is gazed at, listened to, touched, smelled, or brooded upon.' Uniquely, these past four months in Berlin have been for me, saturated with all that. Time and space given my full attention as the days and light unfolded. 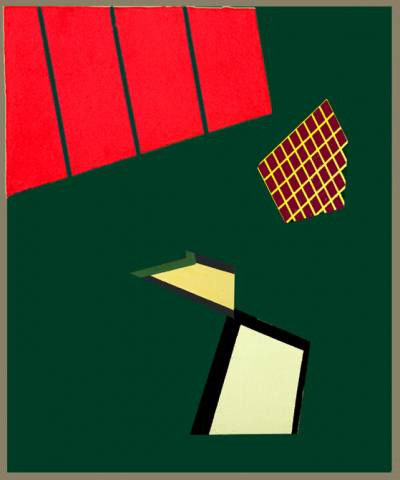 Friedrich Nietzsche, ‘Thus Spake Zarathustra': Let us at least talk of us, you who are visual, grim though it may be. Remaining silent is grimmer, all truths that are kept silent become toxic.' His troubled mind seems to float on a sea of violent hurt anger; the open wound delineating tenderness and much sensitivity, yet easily swings to sepsis. Undoubtedly, careful reading and searching thoughtfulness can dig into oneself for interpretation of meaning, going beyond the surface slogans that appear to promote horrors. As when it is written, ‘For far too long woman has harboured a slave and a tyrant within.' So one thinks about that as well as, ‘Die at the right time.' But when he writes, ‘you are going to women? Then don't forget the whip!' even if preceded by ‘hold its mouth shut: or else it will cry over loudly this little truth.' Then it would take a huge amount of exploratory rationale for me to accept that as reasonable or valid. Stinking chauvinism I say.

I am going to take a break from all that deep searching, and with relief read volume four of ‘Clement Greenberg, The Collected Essays and Criticism, Modernism with a Vengeance', edited by John O'Brian, University of Chicago Press. He writes intelligently, simply, joyfully, with conviction. I especially enjoy his ripping into other critics and putting them right.