Having been the lucky recipient of some London Art Fair VIP tickets via a friend I collected one of my art mates and we sallied forth. Free entry and catalogues was enough to make us happy.

Last year I visited the Art Projects section last when I was hot, footsore and waterlogged with it all.

Am I the only one who quickly becomes over burdened trying to give fellow artists proper time and regard at these events? Now we have lost all labelling I am at sea so much of the time – especially faced with one work. Given a solo show the artist has at least a chance to inveigle their thoughts and wishes under my skin, but with one work I can manage little more than decide on its merit as an image and have a stab at where the artist is coming from. Thankfully the LAS catalogue offers just enough on each artist to allow you in.

Man to the rescue – having found myself chatting to one of the directors of the London Art Fair he told us that he was about to lead a tour of his eight favourite galleries and invited us to join it. Result.

We joined his tour. He, with pink egg timer in hand allowed curators and artists five minutes to talk about what they wished and then we moved on. His ‘Desert Island Discs’ selection included the Jealous Gallery who spoke about the annual MA printmaker who is chosen to join them, and Caitlin who choose 40 UK graduates ‘with potential’ to showcase. I studied closely the illustrated contents of the boxed book that we were handed on the train home trying to find any overall links. Fascinating and intimidating.

I enjoyed the throw away lines – ‘meet the nicest man in art……..we were here at 7.30 with the artist trying to work out if we had the right colours together…….’

Stand P8 bought us into the world of L-13. [Light Industrial Workshop]. This installation of ‘A Brief Survey of Art Hate Field Propaganda’ was work manufactured to look in period while not being so and dealing with events that never were. Art Hate was founded by Billy Childish and Harry Adams and as such was an obvious strange bedfellow to its neighbouring profit making galleries – and a staged one. I couldn’t but help think that for all it’s obvious anti -establishment intention, that by allowing themselves to be bought into the LAS arena they had allowed the work to be neutered and subsumed by the ‘Art World.’ Given the philosophy and intelligence of the artists involved this seemed most odd. I still feel I must be missing something here……

Back downstairs in amongst the more conservative galleries I find myself meandering about trying manfully to impose some sort of order – stick to the right or left – hand lane……doesn’t work. I see something far more interesting and dive off towards it. Quickly I find myself giving works [with a few exceptions] less than a cursory minute each. This can’t be right. How am I meant to ‘do’ this? I find a friend’s work and am cross for her that her works have been hung deliberately close to another gallery artist whose palette is so similar- they seem to bleed into each other.

One thing did hit me forcibly – an overall ‘vintage’ feel to a lot of it, from Robin Katz proudly showing us his Lynn Chadwick sculpture on the tour to the endless Ben Nicholson’s, Prunella Clough’s and their friends…..a sea of browns and greys and concrete …………

The other was the interest that abstract seemed to be getting. Just an observation.

Oh – and I was too knackered to go back upstairs to Photo 50……so sorry -next time.

Everything has colluded this Christmas to stop me getting into my new room to start work again.

But here I am in my new studio room at last and I have been working again – all day. Over the last week I had become desperate to find the time to begin work. Partly the panic of knowing I have a gallery to fill in June; working as slowly as I do there are no short cuts, partly I just felt well again and more centred. I can’t work if my head space is somewhere else.

It always takes me by surprise how strange it feels to go back into a project that has been left for a couple of months. It is as if it is someone else’s work entirely..

Concentration not helped by the bitterly cold weather. Two jumpers, two scarves and an old oil filled heater at my feet later I finally settled to working properly for a couple of hours at a time.

Now I will have to work on keeping the social diary free day after day…………….

It has taken me all day to re-learn the skills, recall the colours I was using and re connect with my slow pace of advancement. It is like stepping out of one life into a parallel universe. One that I know by experience will, by the end of the week, no longer seem remarkable.

I have however been having a total crisis of confidence while sitting here working. I have been rehearsing in my head all the work done and planned and suddenly things I thought were good seem trite.

By lunchtime I had convinced myself that I had lost my way………..maybe this is good and will result in stronger work. At the moment it feels scary because I have to eventually deliver, I can’t spend a year finding out.

This could be the moment I have to put into practice the phrase ‘I would rather exhibit just one piece I am proud of in an empty gallery than a gallery full of work that I am not sure of……’ I was even sitting here fantasising about scrapping the work I have done and going back to a painting project I planned at college.

Now I just feel tired and battered, but will carry on working as it seems to allow me the time to think and my mind to run free.

It’s just that where previously I felt secure in my plot I seem to have lost it completely! 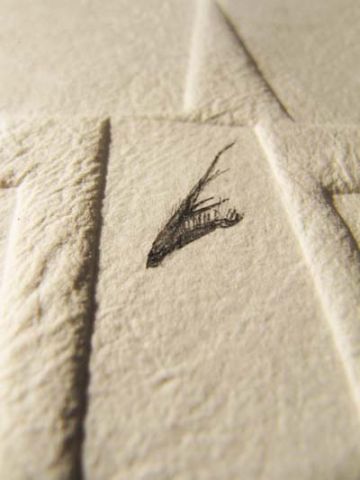 The Collection Plate has been collected. Its contents examined and archived – in that I have photographed and listed both the start and finish of the project.

When I put in the proposal I was reacting to the curator’s interest in exploring the temporary nature of exhibition in the contemporary gallery space – with a theme that drew on transience.

The weakness as I now percieve it is that I have no record of objects left in the bowl but taken out again before the end of the project. I know that some have changed- a baby’s blue mitten , a ‘gold’ child’s play ring, the head of a plastic figure and a credit card holder appeared and disappeared, but there were probably others.

Items in collection plate on day one = not taken/ swopped:

orange ‘do not eat’ token

Items in collection plate on day one taken/swopped during exhibition:

Items found in plate at end of exhibition= added /swopped:

So – money was taken but not added to the collection. Objects added or swopped with the exception of the confessional letter appear to be ‘pocket items.’

Visitors appear to have been willing to interact with it and to take money from an ‘ecumenical’ set up. I will be thinking around it all for a bit………….

I have had the dreaded lurgy- chest infection and all. Thankfully after Christmas, but am only now beginning to feel human agin. Sadly with it comes the realisation that I am now behind with everything , but still lacking the energy to really tackle it all full on.

Everything seems too much effort. Today one of the speakers for SVAF declined for next month and it just seemed a mountain to climb to sort it out again.Ridiculous really.

The main thing that has happened is nothing. No drawing, no blogging, no progressing anything……….

On the no blogging front I didn’t even have the energy to report that an anonymous ‘confessional ‘ letter has been left in the Collection Plate.

Not something I had expected.

” I often feel unable to explain how I really feel. When the time comes words become so hard to use. Empty is the only word and it still leaves my mind blank.

When I am sat in the back of the car I imagine cars coming towards my side of the door, where I am sitting, without a seat belt, at full speed, only hurting me.

i have recently cut myself , on my left shoulder. I was in a very different mood when it happened. I scratch myself , pull my skin until it looks raw. I can’t control myself………….”

The note shocked and saddened me. Interestingly the author has succeeded in laying some responsibility my shoulders.

I thought around the possibility of acknowkledging the note by writing my own and leaving it the bowl. In the end I did not. Not because of the art work but because I felt I might be offering not just contact but hope of a healing conversation and I didn’t feel qualified to start that…….. 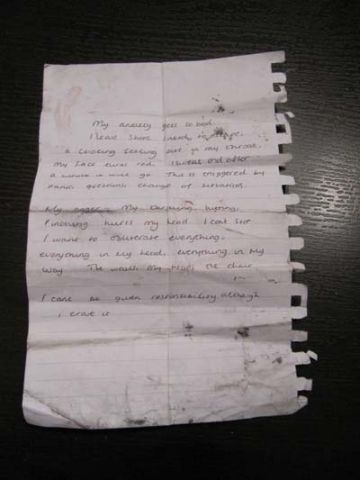