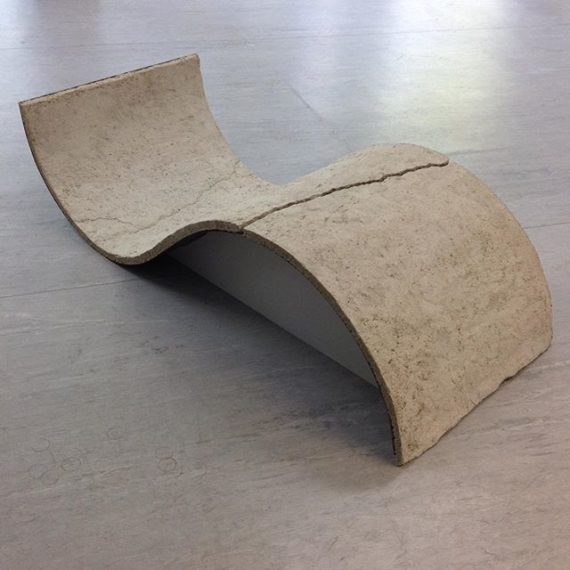 I was very impressed with the professionalism of the event from the brochures and marketing material to the curation of the exhibition it was all done very well, I presume by the curation studies team.

The basement featured video and sculpture installations and was a dark space with excellent spot lighting which was particularly effective on a metal sculpture (see image) which owed a nod to Richard Serra, and a table of collected/curated objects (see image.) 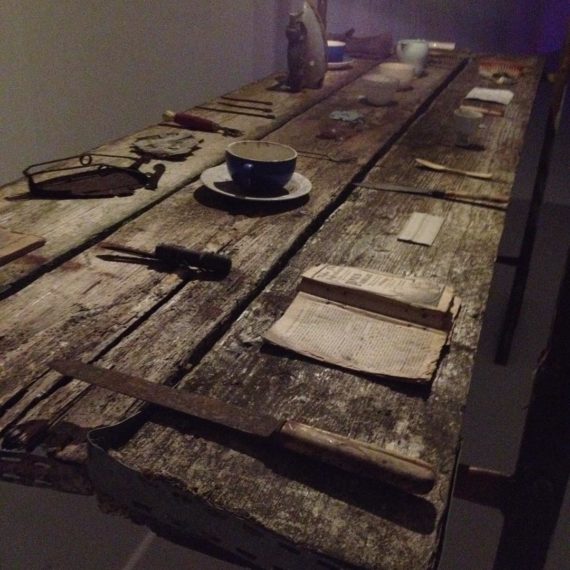 On the first floor a well-lit room with metal framed widows was a great space for the positioning of some concrete sculptures, my only criticism of which was that one of them was cracked, and then layered with metal to support it, further working with the material and its drying properties could have resulted in a crack free product, and I wasn’t convinced that the cracks were elemental in the design of the piece not just a fault. The pieces still had impact in the room (see image.) 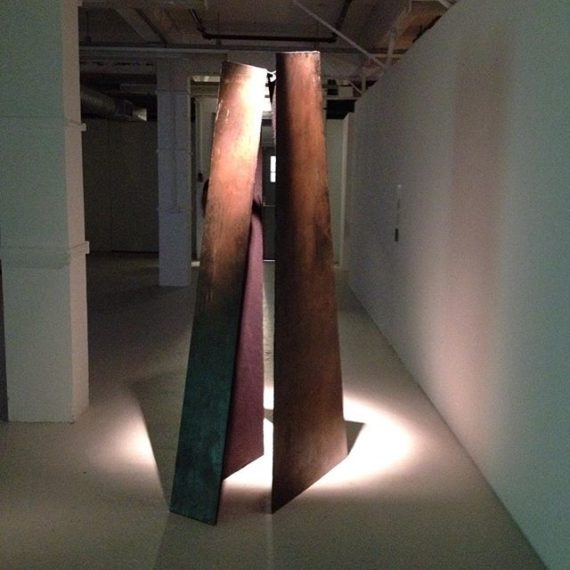 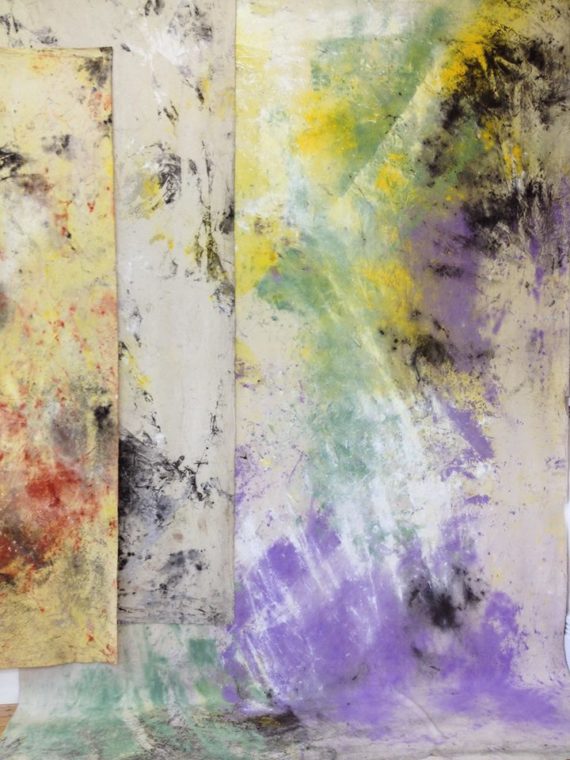 The British 8 was a series of exhibitions, talks and performances across 4 venues in Norwich, and I visited on the same day as the MA show.

I was really interested in the way they had set up the exhibition in the different buildings and locations, and how they presented the works; with 100 artworks by 42 artists there was a large amount of video work representing, there were many incredible work but a couple that stood out to me were;

The sea-scape paintings were created using pigment scattered on sea soaked canvasses and then allowing the sea to process the paint. I love the idea of using a natural process of the tide to create the work, making at at once natural and man-made.

The works had immediate visual impact in the rooms because of their size and you could almost smell the sea.

“I am not concerned with how the tableau looks or appears as I make a sea painting, but with the result or record of the process.”

The first time I had seen work by Maclean and it was a post apocalyptic vision of sugar-coated hellish and terrifying observations, the characters were terrifying caricatures of people, and the underlying messages seemed to touch on the constructs and excesses of modern culture; enmeshed in a candy coloured paedophilic toy-land of nightmares. I found it at once captivating and repulsive viewing.

“My work slips inside and outside of history and into imagined futures, creating hyper-glowing, artificially saturated visions that are both nauseatingly positive and cheerfully grotesque.”

On the Saturday I attended there was an evening event of street performance accompanied by making opportunities in the gallery; visitors were encouraged to make hats out of materials supplied including cable ties, pasta and wool. Outside people were wearing their hats milling about and giving the feeling that something was occurring, then gathering to watch two tall tower creatures made out of silver washing baskets with spirals of cables tying them together navigate in and amongst the crowd.

For me these interactions are a really important part of creating a feeling of inclusion at exhibitions, I really enjoyed the interactions and feel the public can feel more comfortable when they are actually interacting with the art, they are drawn to it on almost a primal level to becoming part of it.