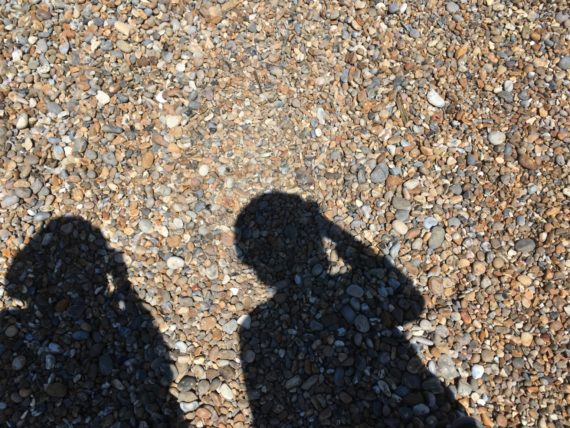 Orford Ness is a spit of shingle precariously attached at the north end at Slaughden, near Aldeburgh. It is the largest vegetated shingle spit in Europe and best preserved in Britain largely due to control in visitor numbers by the National Trust Nature Reserve. Felicity and I discovered this when we arrived mid-week in June, not realising that the Saturday only ferry was still in operation. We would have to wait until the weekend to access the Ness. So ’til then we  observed it from afar. We decided to walk along the River Alde from Orford towards Snape on the first day. We walk and talk about the changing landscape, the light and use our digital cameras and my sound recorder to create an aide-memoire of the walk. 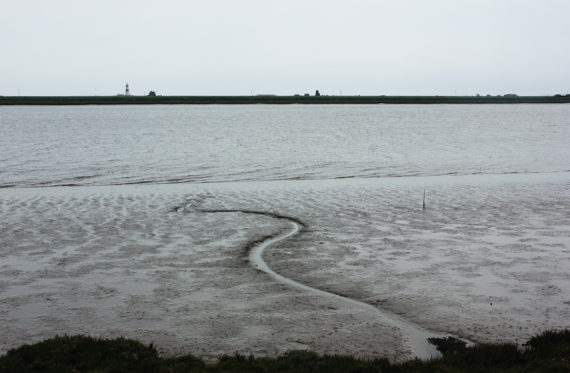 The horizon of the Ness is punctuated only by redundant man-made structures left over from a history of maritime navigation, military defence and innovation.

The buildings such as the Black Beacon, Laboratory 1, 2, 3 and Vibration Test Building (known as the ‘Pagodas’ for their architectural form) have a striking and menacing presence that catalogue experimentation in radio, radar, bomb ballistics and atomic test cells in the C20th.

The National Trust’s approach to conservation of buildings is different here to what they are renowned for in the rest of the UK. On the Ness, the buildings are largely left in the state that they were found when the Trust took over they land from the Ministry of Defence in 1993. There is little attempt to preserve the buildings from the on-going coastal erosion that is rife on this stretch of land. Gradually they are being taken back by nature. Since my visit in 2013 for East to East, one of the spindly lookout structures on the shoreline has vanished. Slowly the horizon is changing. The most endangered building is the decommissioned Lighthouse which is now owned by the Orfordness Lighthouse Trust. It stands tall and straight on the horizon but is threatened by erosion on a daily basis. It draws my gaze each time I scan the horizon, I want to see it close up.

In the meantime, we press on northward towards Cobra Mist, a menacing looking building that house the Anglo-American over the horizon radar experimental research in the 1960s and 70s. Later it became a transmitting station and was used by the UK Foreign Office and the BBC World Service until 2011. 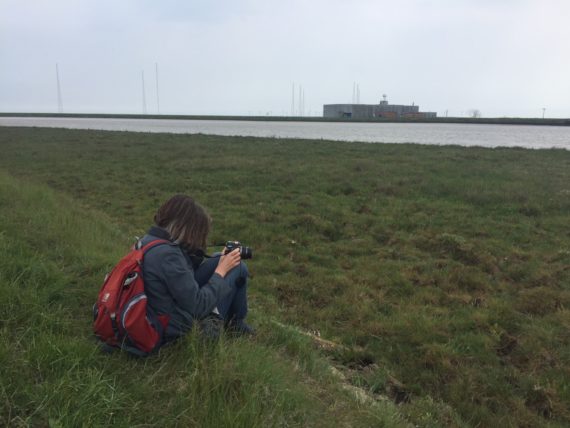 I am fascinated by the existence of man and nature on the Ness. Each striving for survival. It is a harsh but fascinating environment that feels otherworldly.