Yesterday,the first of several of our exhibitions that respond to our time in Athens, opened in Liverpool. It was ready in time for the opening of the Liverpool Biennial  and its parallel Fringe , but as there were too many Private viewings  happening, we thought we would delay ours til next Thursday.

The exhibition is in a gallery space inside the atrium of Liverpool’s small cinema. An old courthouse.

We chose the space because of its diverse audience… a criteria of the Arts Council funding.

Examples of the mixed audience –  As the building was an old courtoom with cells,  a local paranormal group have used the opportunity to explore for ‘activity’ on the first weekend of the exhibition …..  there will be an Ann Summers party next week  (not organised by us I hasten to add  – but set up a while ago by the cafe) There will be a zine workshop by a Manchester art group and of course there are  several International and art house films running.

Then of course, lots of people pop in just to eat.

If it had been a gallery space, we  wouldn’t have had such a mix.

We’re also able to use so many resources to publicise   this exhibition- the Biennial booklet for example as well as the cinema and cafe social media sites.

Hopefully, I’ll be able to do regular updates on how this first event unfolds. It is a relatively small exhibition, but it took a lot of work to set up and I’m sure it will be worth it. 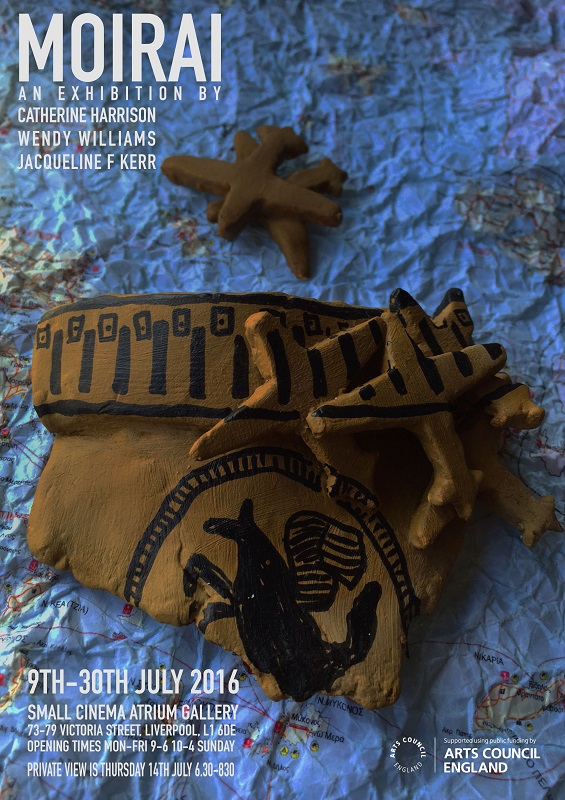