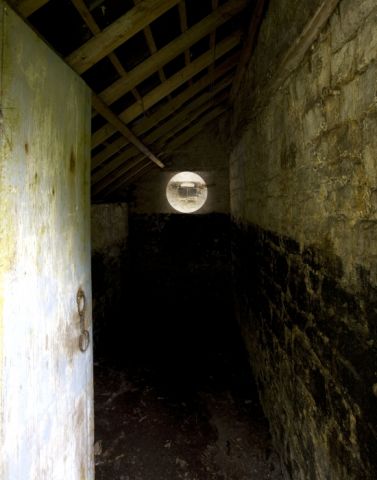 Feeling a bit pleased – just found out that I’ve gotten one of PVA Media Lab’s SALT residencies, running from the end of Feb – begining of March. I’m a bit chuffed about this, as it’ll mean making an audio work that I’ve been mulling around in my head for a bit, but with the distinct added advantage of technical support to help me realise it. This is an extract from the proposal I submitted:

“For this residency, I want to treat recorded audio as if it were a collage or palimpsest. What I like about these formats, is that although the top layer of paper or writing covers up what’s below, you’re always aware that there is something below, even though it may not be entirely clear what that something is. In terms of the document, Norman M Klein describes this quite nicely – he states that “the historian’s writing should include an open-ended diagram of what information cannot be found: the document that was tossed away; the cracks in the sidewalk where the roots of trees, now gone, lifted the street”. In relation to my practice, I’m interesting leaving a visual or audible reference of this residue, something that indicates that what’s on the surface, isn’t all that’s there.

I’m intending to make a number of recordings at different times of day and night from an exterior location in Bridport (a location chosen at the beginning of the residency). The kind of location I’ll be looking for will be quite noisy at times, and quiet at others, perhaps a side street in the town. I’ll then use the studio time to construct these recordings into a soundscape in which some sounds are clear and up-close, whereas others have a feeling of audio remnants, form further away. I want the work to feel a bit rough, a bit raw and home-made, so with the help of PVA I want to play with different recording devices, and ways of manipulating the recordings in post-productions to achieve this”. ﻿

Actually, in terms of writing, this was a bit of a departure for me – normally proposals I submitt are really formal, but recently I was wondering if that was part of the problem, they’ve just been a bit dry. So I made a concerted effort to keep it lighter and chattier, to make it more how I would describe the idea if it were a conversation. Or like in this blog, thinking about it.

The image I’ve attached to this post is one of the latest test prints I’ve done with Lee. I’ve got one more plate to use, which I’m going to try attaching directly to the curtains on a really bright sunny morning, and see what happens. 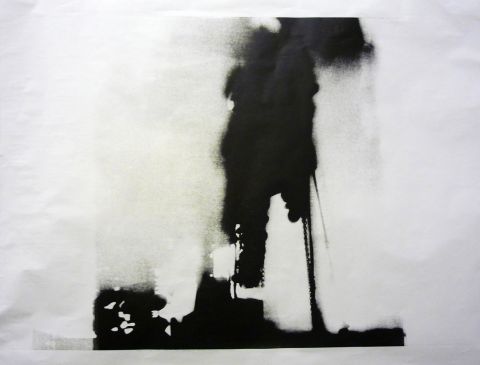