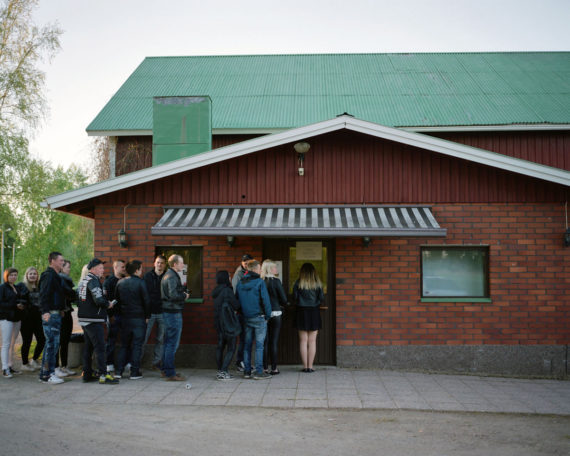 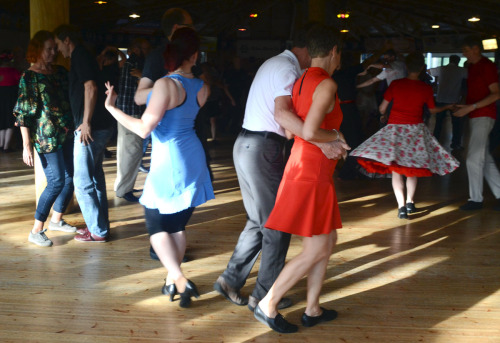 As a kid I became obsessed with the accordion, I’d seen street performers in Helsinki and Mikkeli in both summer and winter, and more often than not the sound was distinctly melancholic. This is due in part to the central and eastern European roots of Finnish popular music stemming from St Petersburg during the early 19th century as Russia incorporated Finland into its empire. By 1917, when Finland declared its independence, the minor-key tunes originally from Russia had successfully planted themselves in the public’s hearts and were firm favourites at dances and on record, though all Russian lyrics were translated to Finnish.

Many of the performers I saw at the dances I attended in Savonia were accompanied by a band of young musicians who would tour with the main artist all over the country during summer dance season. In that band was often an accordion player, like another singer accompanying the main vocalist they would be given a position in front of the rest of the band. For me it is an instrument that deserves respect though in its history in Finland this has not been the case as accordion players have fought for recognition alongside other popular classical instruments such as piano and guitar. Even the Sibelius Academy refused to teach accordion players in its early days. It isn’t exactly an instrument that sits well with pop or rock either though there seems to be a current trend of pop hit covers in an attempt to  popularise the instrument once more, personally I love the old folk Russian waltz’s and polkka’s from the 1940s, the melancholic tones and drawn out minor keys are reminiscent of a longing for something; love, companionship or the sun on endless winter nights.

During my trip I spent time when not at dances visiting my grandfather in the veterans ward of the local hospital, he is 93 and was having a small operation on his leg so I would bring him his copies of the Lansi Savo and Kiuruvesi newspapers and on the weekends the hospital would bring some entertainment to its elderly patients in the form of a local accordion player. He played a lot of the music from the war which went down very well with his audience and I made some field recordings of a couple of his performances which I intend to use in some work at some point. Listening back to the recordings I was reminded of a trip to Germany I made with a friend over 10 years ago, I had with me a small tape recorder which I used to record a lot of the street performers we came across as we travelled from East to West, many of which were accordion players. One day it will be time to unpick this archive.

Finland is well known for its vast stretches of forest and farmland broken up by some 187,888 lakes, the navigation of water through the land has over the year’s determined suitable areas for settlement and coincided with the development of towns and villages. Prior to the country’s well established network of roads, access to some towns and villages was limited.
In 1945 after the Second World War a new land reform was introduced as over half a million Finnish refugees needed relocating from the now Russian-owned Karelia in the south east of Finland. Areas of farmland were allocated to both refugees and the men returning home from war and one of the conditions placed on the resettlement were that they had to start a family.
It has been said that the popular leisure activity of couple dancing helped the Finnish population to spread out from its isolation. Dances such as the Finnish tango, polka, jenkka and marsukka became popular at the time with most songs written and performed by Finns at local dances. The location of some of the summer dance pavilions meant that neighbouring townsfolk would meet people outside of their close network and as a new confidence in the future grew, love and families were quickly made.
Dances are still advertised locally and are relatively easy to find if you know where to look. Some venues are seemingly hidden down dirt tracks surrounded by lakes and woodland, or on the outskirts of towns on the edges of industrial estates. They have seen some decline in popularity from younger generations but there still remains a certain nostalgia for the traditions which are held on the dancefloor and each summer people gather less for romance and love but for exercise and entertainment, or just for something to do. In typical Finnish fashion as one woman explained; “I’ve been dancing with the same man here for over five years and we dance wonderfully together, I still don’t know his name but that’s just how it is”.
0 Comments

The project I undertook with help from an A-N travel bursary, allowed me firstly to explore parts of Finland I had not yet been to, this was one of the main reasons for its undertaking. I secondly wanted to put myself in a position where I would be taking portraits of strangers, this was something I hadn’t done in quite a while, I felt out of practice and missed the feeling of being uncomfortable in my surroundings. The possibilities become very open in those types of situations, and as a photography technician in a secondary school I am constantly telling young people to do things that take them out of their comfort zones – the more I said it, the more I felt like I should be doing it too.
Aside from making some pictures I had no solid outcome in mind, I knew I also wanted to shoot some video though what I was going to do with it, or what I am going to do with it, I still don’t really know. Looking through the footage now becomes helpful, what i’m focussing on and how I’m using the camera – panning or static, changes from the first dance to the last as I begin to find a way of shooting that works in the dance environment. I also changed lenses a few times which completely changes how the viewer is drawn into the frame.
I have already begun applying for more funding to go back next year travelling to the west of Finland beginning in Oulu and working my way down the coast as I know of quite a few active dance pavilions in those areas. By keeping in touch with some of the people I photographed and following the activities of the performers I am slowly building an archive of stories which will, eventually, accompany this work. But i am staying open to changes.
I have exhibited a small portion of the images at a Photo Scratch event which took place at Four Corners in Bethnal Green in east London. The event acts as a kind of crit or a work-in-progress exhibition where participants show projects and speak to the people who attend. Feedback has been very positive with a mixture of people perceiving the lack of images I have of people actually dancing as both a good and bad thing.


So I know that I would like to do things slightly differently when I return, some of the changes are technical; for example working out a way to achieve better dance images, sticking with one lens for filming and to continue developing relationships with the people I photograph and seeing where this takes me. I am continually researching new areas dealing with the history of Finnish dance pavilions that new interests are constantly being sparked – this can also be a hindrance with my dyspraxic nature as I tend to jump from one idea to another but I am staying open and positive that these connections can only make this project stronger in the end.

The support I have had so far has been amazing; from the LCN London Creative Network who gave their time to help me with my A-N travel bursary application, the Lansi Savo newspaper who interviewed me in Finland about the project, Photo Scratch and Four Corners whom I have showed part of the project with and family and friends who have been on hand to look at the work at hear my stories. These connections and collaborations have begun to form an important part of how I can function as an artist and it is thanks to funding and networks like A-N that make projects such as mine possible.