As part of Dangerous Conversations, a process of exploring my practice as an artist through the themes of risk, fear, and change, I attended a series of workshops with Florence Peake the brilliant dancer, choreographer, visual artist and teacher, at Space Studios.

Over a period of four weeks we explored the body, the voice and sound, collaboration and solo improvisation.

Despite having worked with lots of dancers through Unknown Empires, I hadn’t worked performatively with my own body since I was a teenager.  I have been drawn to dance over the past few years, particularly through the work of choreographers like Deborah Hay, Trisha Brown, Hofesh Shechter, and the collaborations between Merce Cunningham and John Cage, and so I wanted to continue this exploration of fear and risk through my own body.

The first session was focused on improvisatory movement: gradually building up free movement by shifting the focus from one part of the body to another- the upper torso, the head, the pelvis and legs.  Florence led the group very gently and step-by-step in an atmosphere of openness and warmth that encouraged risk-taking.  After an hour and a half I found that my movements were becoming incredibly loose, and my body itself was taking the lead: I didn’t have to think so much, and in fact, the more I thought about what I was doing, the harder it became.  There was a kind of possessive quality to the experience, as if I was beginning to plug into or release an energy and my role was to channel it, or to let it flow freely with as little constriction or conscious interruption as possible.

This session, and the others that followed it, helped me to begin thinking about the role of body-knowledge in the production of my creative work.  For so long I have been conceptually driven in my approach to making work, and it’s very easy to stay on a rational-linguistic level and forget other kinds of knowledge that are within our experience.  I wondered what extraordinary stories my body has to tell me? 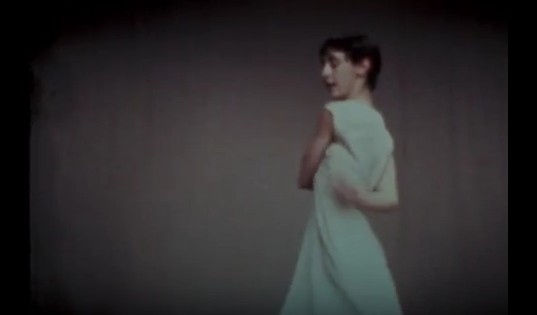