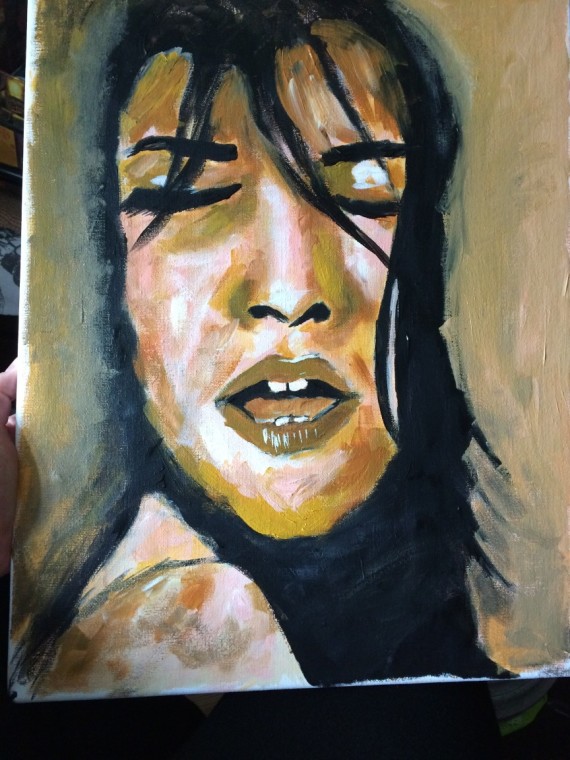 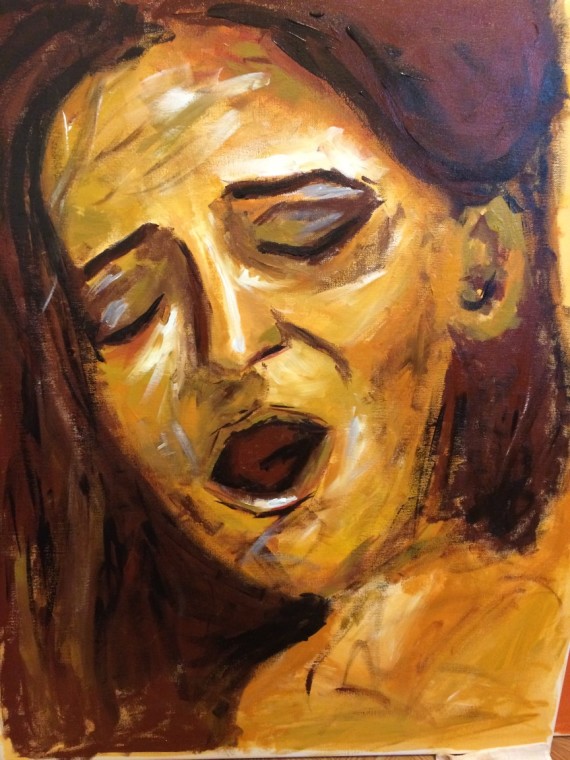 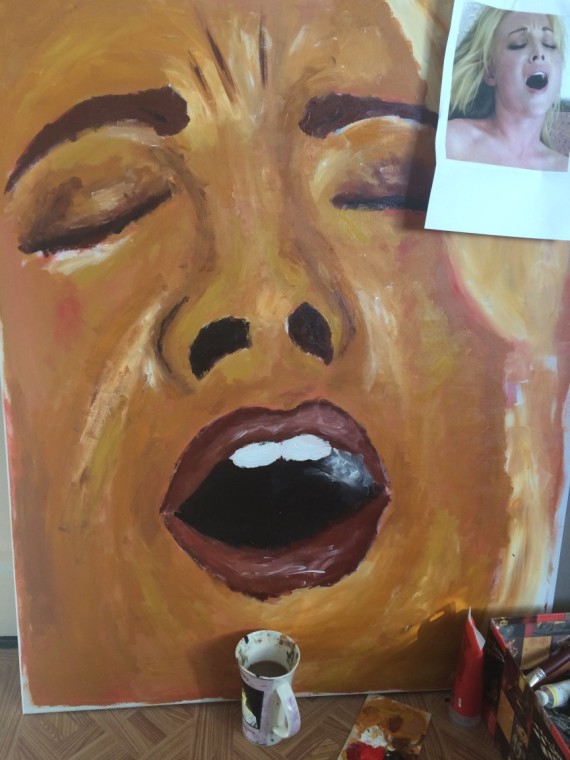 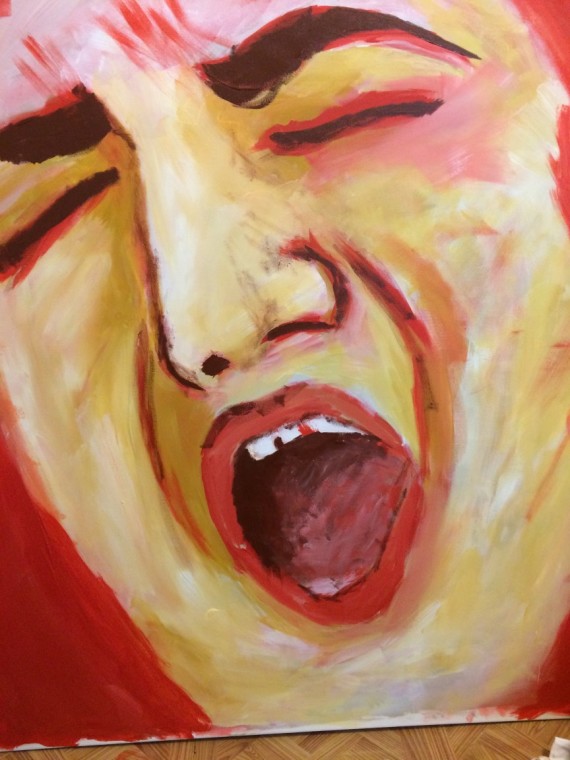 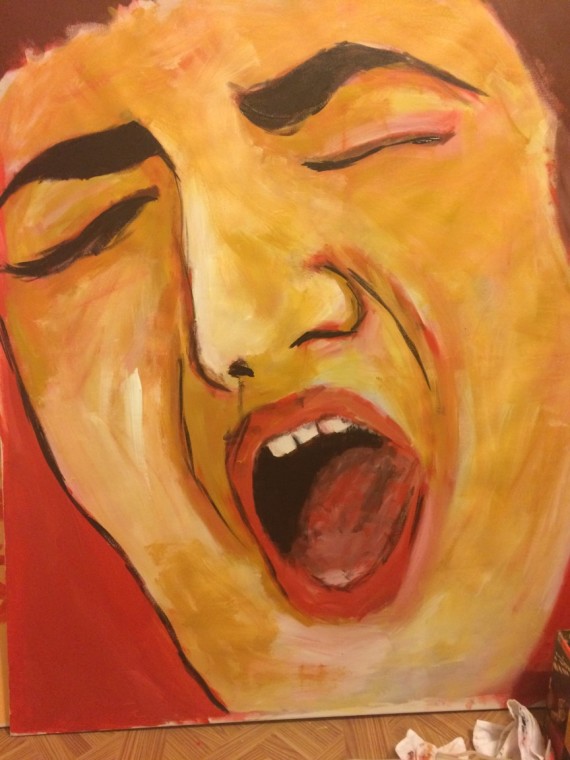 Above are some of the paintings I’ve been working on recently. They are quite large in size and are definitely challenging me in terms of my technique and ease of painting. When I was painting on a smaller size it was much easier to move about and to manipulate the conditions I was painting in but when I paint on a large size like this the way I paint and all the factors in painting are very much determined by the size of the painting.

I like the idea of working on a large scale and I think the photographic images I’m painting definitely work well on a larger scale. However I need to find a way to paint on a large size without totally distorting the image. I’ve found that the bigger I go with canvas/surface size the more distorted the image becomes and the less effective the image is. I’d like to try to simplify the images by not fussing with them too much and by not being too precious with them but I don’t want to totally lose all detail. I need to strike a balance between it all.

In addition to the large paintings I’ve been working on smaller figure paintings where I’ve just been sketching people in everyday life. Although this doesn’t really have anything directly to do with my project I think studying the figure in situations like this will indirectly inform my paintings. By understanding the human form better, in theory, it will help improve my paintings where I paint the human face. And hopefully I’ll be able to progress into painting the human figure onto a large scale like these.

I’ve been researching the portrayal of sex within art and the role it plays. Some big key themes have come up in my research such as feminism, gender, sexuality and even politics to some degree. Along with Jeff Koons, Gustave Courbet and Egon Schiele, one artist that I have become attached to is Cecily Brown.

I looked at Brown’s work a long time go in my second year but quickly dismissed it because it didn’t suit my work at the time. The use of paint and texture was something I was naturally interested in but that was as far as it went. However, it seems I was missing a trick between all the artists that I have been exploring previously. The notion of sex is a key theme not only in Brown’s work but also the work of other artists that I have come across in the past. Whether it be the use of paint, the gesture or the subject matter; there is always a reference to sexuality. 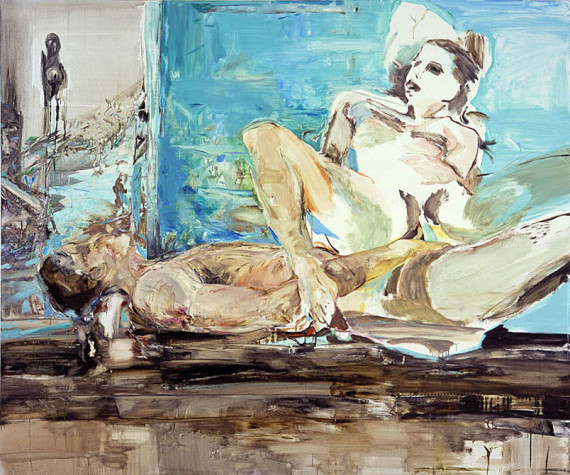 I’ve been reading a book about Cecily Brown, it just so happened to be the only book about her in the library. It focuses particularly on the notion of sexuality within her work; not only with subject matter but also the sexual way she uses her materials. “Sex is the most obvious subject matter with which to tease the guilty viewer and, in Brown’s case, has provided a perfect subject for her early explorations into painterly narrative” pp37 (Cotter, S. 2005)

I’m really interested in the way the figure is portrayed in her paintings which is a little out of my comfort zone as I normally only focus on the human body from the neck up. I think I should definitely explore portrayals of the human figure as a whole. Although I’m primarily interested in the facial expressions I think it might be interesting to explore the human body when there’s no head depicted which then almost rids the body of any personality.

I have noticed that in Brown’s paintings there is a distinct lack of heads/faces and in some of her works the human figure is barely recognizable. She forces the viewer to focus on her paintings and look through the medium. I really like the way she uses paint, the short and fast strokes of the brush give a certain hesitancy to her work. It feels very rushed and panicked. I’m also really intrigued by her colour palette. Where she sometimes sticks to particularly warm shades in other paintings she’ll stick to cool shades.Hardly ever mixing the two.

I’m going to focus on the human figure more within my work and focus less on the face. I’m also going to practice a little more with my technique in painting possibly using different tools to make marks on the page. 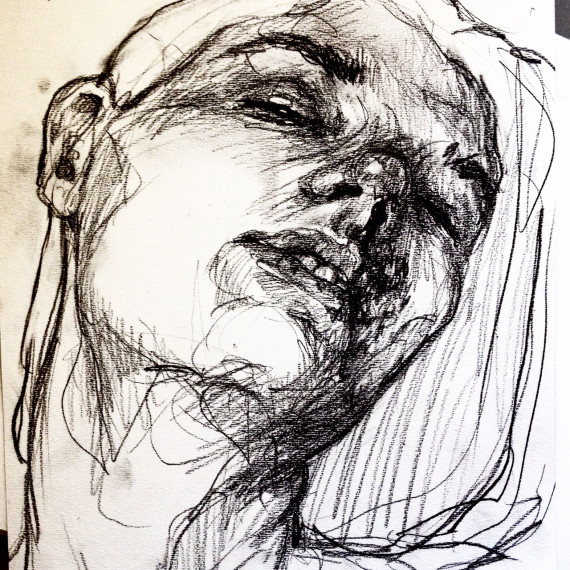 I know that I really like the idea of capturing a moment within a film and transferring that into paint. An artist that I found who does this is called Elly Smallwood. She is really effective at capturing that moment that can be felt within film and putting it into paint/charcoal. She primarily works with portraits from the shoulders up but also dabbling with figurative style. This appeals to me because I want to expand on my life drawing/figure drawing and I also want to include this more within my work.

The expression on the image above really attracts me. The pose, the mark making, everything about it suggests movement which also suggests a moment being captured.

As well as images like this, Smallwood also takes her inspiration from porn films for her sketches and paintings. This really intrigues me. There is something quite personal, intimate but also distant about using stills from porn films. You’re capturing an intimate moment between 2 (possibly more, depends what you’re into) people and that is quite interesting to me; seeing a person be so free in that moment. All they are is in that moment and nothing else matters, it’s largely uninterrupted by outside influences. I’m not interested in using the entire scene of the film, but rather cutting close on the persons face within that moment. We don’t know what else is happening in the scene, as I will only be capturing the person facial expressions within that moment, that is quite intriguing to me. Deliberately leaving out certain bits of the image, that could be crucial to the understanding of the image, so as to leave some room for the viewer to use their imagination in the understanding of the image. It’s quite important to me that I leave room in the image for the viewer to put themselves in the image, or to understand it in terms of their own knowledge. After researching the sublime for my dissertation, I came to the conclusion that this is a aspect to the sublime. 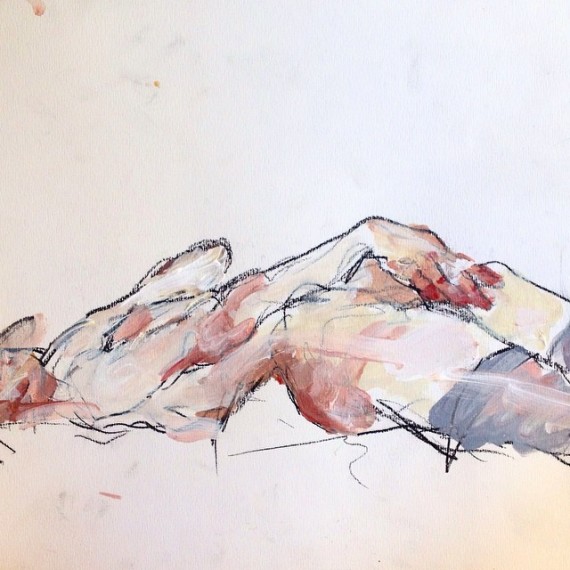 I’d like to try to achieve the sublime in my work, although I don’t really think it’s something you can achieve. I think exploiting certain bits of information in an image and ignoring others is a good starting point to exploring the sublime within my practice. And by using porn films/porn stills, films which have a lot of weight to them, it would be interesting to explore painting these films stills. Film stills, in any sense, inform my work to no end. The context of the scene, the colours of the still, the facial features of the protagonist, the position of the face, all factors into me picking a film still. 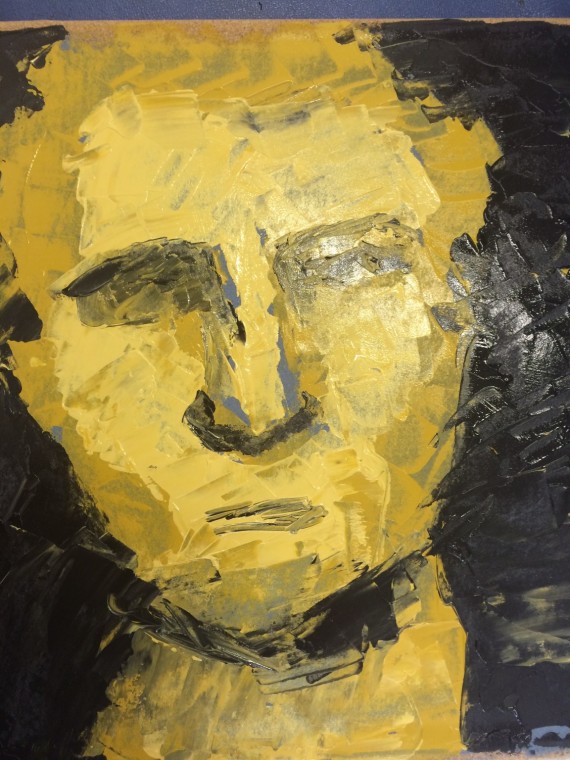 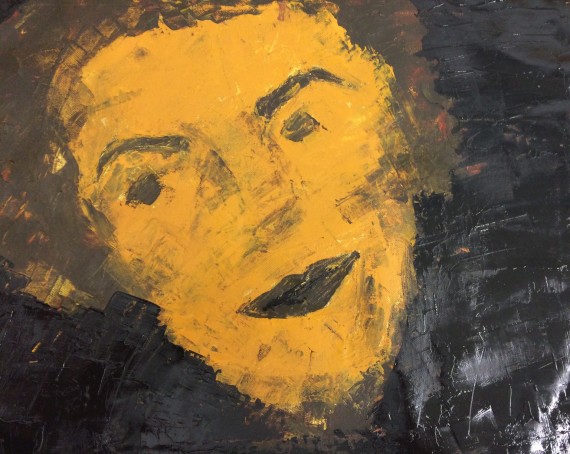 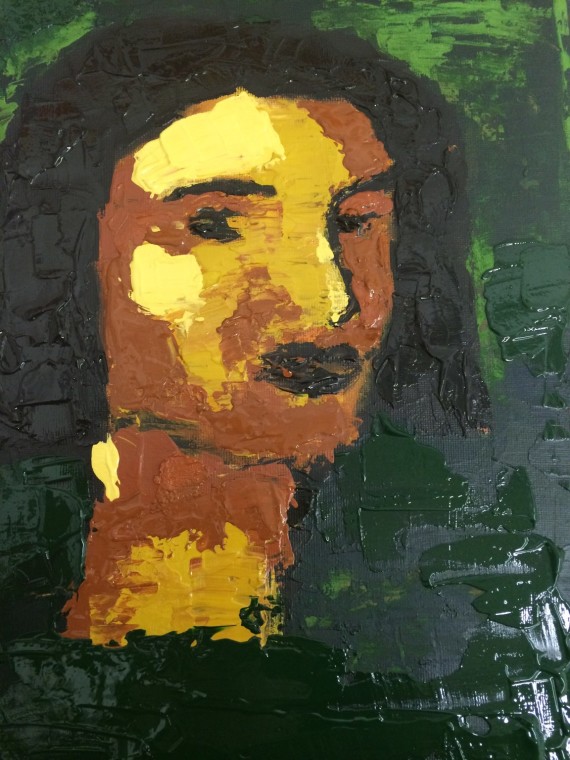 I’ve been trying to push myself in terms of exploring different techniques in painting. I have used palette knifes before and been quite successful with them so this isn’t really me pushing myself but because of the rut I’ve found myself in recently I think starting by playing with palette knifes is a good way to start exploring different concepts.

Using a palette knife offers a different insight into how paint can be applied and the materiality of the paint I’m using. You have to be very careful with the amount of paint you’re using but also the way you’re applying it. It’s hard to get thin defined lines but it’s really amazing at blocking in colours and applying a lot of paint in one go. I really like using a palette knife but it just doesn’t offer the intimacy with a painting that a paintbrush can provide.

These are some of the paintings I came up with and I really like them. In my second year of uni I explored the idea of eliminating features of the face as a way to create a sublime feeling, I think using a palette knife for this would be really effective. I’d really like to continue using  palette knifes with paint.