We went to see the performance of Dracula at Whitby Abbey. We’d been last year as well and it was the same performance by the same actors but I don’t think the children really remembered it. The performance is three times a day Saturday and Sunday during high season so they must be very familiar with their lines. The performance is a little interactive and moves around the Abbey for different scenes. Three actors play all the parts and they have an inbuilt joke about the characters looking similar, asking the audience what Dracula looks like, etc. 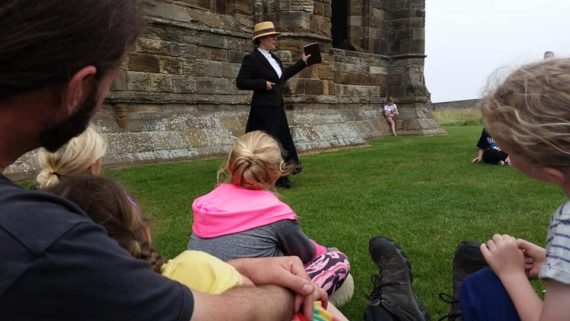 The ending scene in the crypt (spoiler alert) is that Dracula jumps out of the basket that Toby had uwittingly sat right next too and he almost jumped out of his skin!