The curator has been appointed. Her name is Gill Hedley. She is an independent curator best known as the Director of the Contemporary Art Society from 1993 to 2006. Before that she worked for the British Council organising exhibitions of British artists abroad – from ‘YBAs’ to established names such as Francis Bacon in Moscow and Richard Hamilton at the Venice Biennale. She is currently on the Board of Spike Island in Bristol and is a member of the International Association of Art Critics. We are planning to meet up on 8th May at ‘Joking Aside’ in Bury st Edmunds Gallery to talk things over. 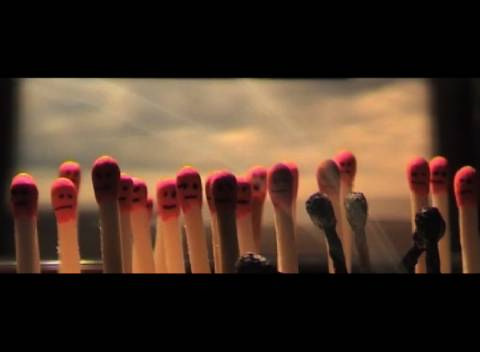 Ok I’ve got three initial ideas to pitch to the steering group, actually i’ve got lots of ideas but many are terrible and others will probably be chucked because of bad taste.

I’m about to start a residency/exhibition in Bury St Edmunds which involves making films from bad thoughts and this is colouring a lot of my thinking at the moment. The show is called Joking Aside and I’m showing several films about death involving. matches, balloons, blutack and alka seltzer tablets. The show opens on 5th May & I’m trying to get ahead of myself & sort everything out.

Anyway, the three ideas (so far)

1. I was intrigued by a series of sentimental victorian paintings in the committee room which showed key moments in the passage of a foundling through the ‘Hospital’. I thought i would quite like to produce an opera of sorts using lolipop sticks and Handel’s Foundling Anthem which is held in the museum. I would also quite like to do a live performance/fundraiser in one of the C18 rooms. I imagine myself behind a screen with the lolipops projected behind me accompanied by a string quartet.

2. I am thinking quite generally about bringing play into the museum which is currently inhabited by more senior citizens. I want to make a series of short video pieces throughout the museum using wandering toys, a slinky on the stairs (where, the guidebook tells us, a child died sliding down the banisters) I am also minded of magic tricks from my childhood. The paper bag & invisible ball, the snapping/mending matchstick etc.

3. I have many automatic cameras which can be allowed to wander filming at random. I wondered about using these to make a portrait of the current governors which could then be donated to the gallery in the tradition of its Hogarths etc.

The curator has apparently been appointed but we are to be kept in the dark until the right moment. When her identity is revealed I should be able to discuss these with her and begin to think about the thorny issue of siting the works. 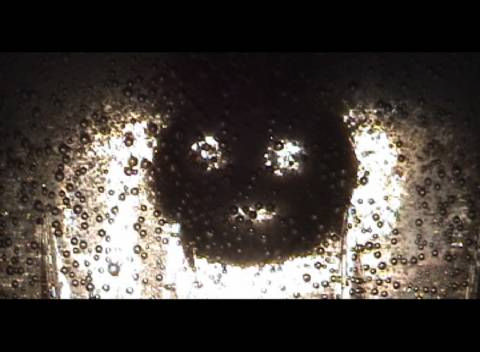 I’ve just recieved the Artists Brief from Commissions East which is quite useful. it lays out the aims of the commission as giving me the opportunity to

develop my profile out of the region

attract attention from the arts media

introduce new audiences to my work

We had a very useful and slightly scary tour by the museum’s curator Rhian Harris. The place is packed with stuff and sentiment (which I found quite interesting) But my initial ideas mainly revolved around defacing the guide book & perhaps reintroducing some play into the space.

We also had a photocall on the stairs at which I singularly failed to hold my stomach in. 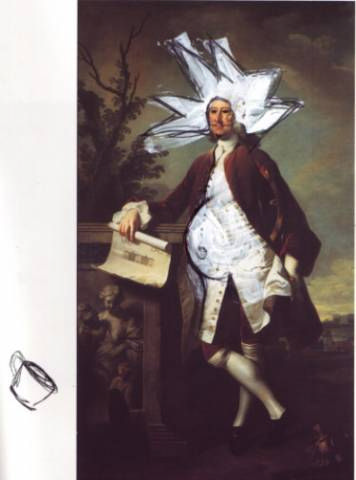 This is a bit of an odd one. Usually, like most artists, we choose where we want to work and deal with ideas that we are specifically interested in. Here, as a group, we've all been asked to respond to a particular location. The foundling museum is a wierd little museum housing a collection of Hogarths (and other paintings), a load of memorabilia associated with Coram's Foundling Hospital, a collection of manuscripts relating to Handel and a couple of recreated 18th century rooms. My own work uses ideas associated with chance and play so I've just got to think of something to do now. Should be fun. 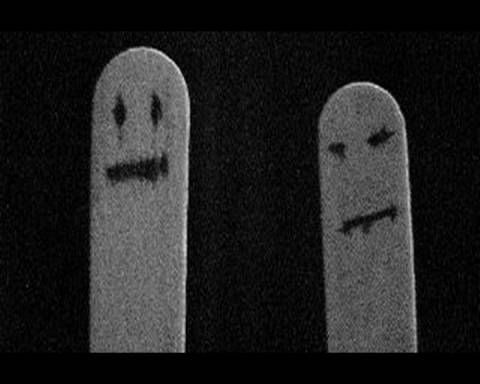