I got a quote today for acquiring the licence to use Handel’s Foundling Anthem in my film. Actually I’ve had two quotes the first was for £1875 because I was foolish enough to think I might like to send it off to a few film festivals after the show. The second (just for exhibiting in galleries) is £1000. This is still more than three times what I was expecting and budgeted for. Also it doesn’t include master rights from Decca (which I am still pursuing or mechanical rights from MCPS should i wish to produce an edition for sale. This is a daft amount of money so I am considering a silent film and a donation of my original budget (£200) instead. This would perhaps be more in keeping with my ideas of failure and my own personal difficulty with acts of charity. 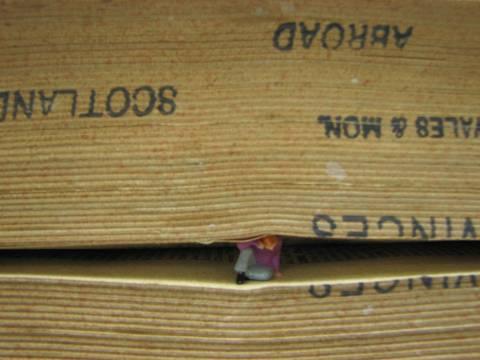 I finally got a call. The Foundling Museum had managed to round up three of their trustees willing to have their portraits taken. They were the Chair, Dr Alan Borg, CBE (Director and Secretary of the Victoria and Albert Museum, 1995 – 2001), Carolyn Steen (former chair) child psychologist, Michael Parker chief exec Saatchi & Saatchi (I think). Had I known all this beforehand I might have been nervous. The whole thing went really well, I just roughly set up the camera in front of Hogarth’s portrait of Coram, held down the quick shot button and chatted to them while they took turns standing on my cunningly placed yellow post-it note. The whole thing was fairly arbitary and hopefully not too controlled. Unlike the painted portraits which surrounded us the whole ‘sitting’ took about 12 minutes. On the train home I manged to edit the photos together to send off to 3d images while frantically trying to tune out the pompous salesman who was holding forth to his female companions. (I may have lost filling grinding my teeth). I just have to wait now and see what comes out the other end. I’ve kind of realised this whole exercise has turned into a sort of Alex Pearl vs. Hogarth and Handel thing ;P

Suddenly its all going to pot. Well nearly

I’ve finished the Foundling Opera but haven’t heard yet from the music rights people so I might not be able to show it. Also the projector i bought at huge expense casts weird rainbow patterns, which the technical support people say is normal.

(You have to imagine my face when I read that email!)

Also the trustees still haven’t got back to me about a date to film them and if they don’t hurry up there won’t be enough time to complete the lenticular portrait.

So at this rate I might have to show some old work on an old telly.

Anyway other shows in the offing are:

(They are all sorted, more or less) 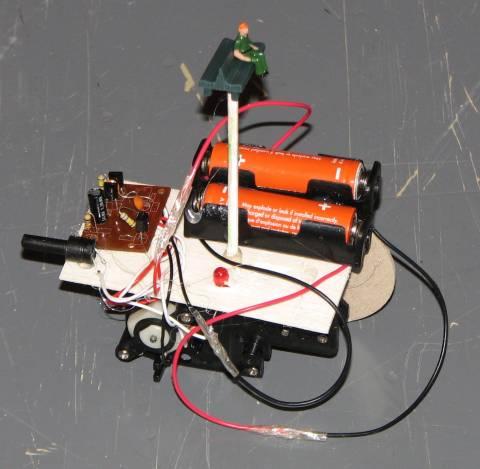 Work on the Foundling Opera goes on. Mostly on the sound. I have three versions so far. One is basically the Foundling Anthem almost unedited (still no answer from the copyright holders). One is a rather thin and pathetic soundtrack played by me on recorder and melodica (one of those children’s instruments parents usually regret buying). And one is a blend of the two with the Anthem dominant. Even though the Foundling Anthem sounds like it was a bit of a hack work for Handel its still a lot to live up to and I’m quite enjoying falling short of its complexity and accomplishment. I want to make a neutral work which neither openly celebrates nor is cynical about Coram’s effort. It will be twenty five minutes of painfully unclear narrative. This is an idea which probably reflects my difficulties with contemporary and celebrity charity. Unbeknownst to my handlers (until now) I’m also making a little book of drawings to accompany the film.

I’m still waiting for a date to film and photograph the trustees, I hope they haven’t got cold feet. When the large lenticular gets done it will be framed and donated to the museum. An unusual act of personal charity or a sneaky way of getting further publicity? 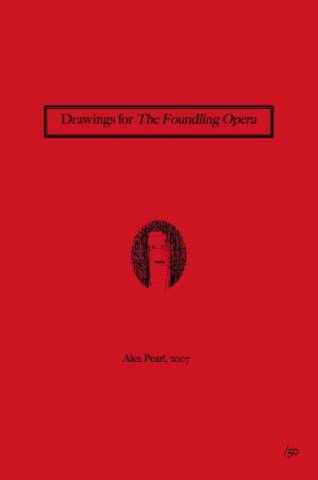 I forgot, I wrote a rather prophetic and not very good poem on the way to Liverpool.

I am going to Liverpool

And come back again

But I did do some drawing.