I forgot, I wrote a rather prophetic and not very good poem on the way to Liverpool.

I am going to Liverpool

And come back again

But I did do some drawing.

Things change. There have been a few difficulties with the siting of my work for the Foundling Museum. I’ve decided to cut back on some of the pieces. The only available place for the Foundling Opera seems to be in the Picture Gallery in front of the fireplace. Luckily the room is only dimly lit & I have found a floor standing screen that is 2m wide, not quite as big as I wanted, but it should be ok. The video portrait of the trustees will be on a small monitor and the video Lenticular will be on the stairs. The Opera is going along ok. I’ve done lots of filming and started work on the soundtrack. I’m having real problems getting copyright clearance to use a recording of Handel’s Foundling Anthem, But Jo Baxandale at Commissions East has given me a link which hopefully will get things moving. I’m also using a melodica, a recorder and some rubber bands.

I’m rubbish at writing detailed proposals, the vague stuff is fine. I recently sent a proposal to a gallery for a solo show. They were really interested, pencilled me in for June 2008 and asked me for a more detailed proposal. I sent one in and I haven’t heard anything since. I think they got their rubber out.

Anyway I’ve written up my detailed proposal for the Foundling Museum and sent it off. I’ve realised I’ve said I’ll do rather a lot and that there won’t be much money left for me at the end. Hey ho this was never meant to be a profit making exercise and I’ll end up having to pay 22% tax on anything I do make (the curse of the working artist). In Ireland there is no tax on profits from art, I may move. There are more possible expenses on the horizon.

In the interests of openness here’s what I sent off:

Summary
A twenty-five minute colour film using lollypop sticks enacting an operatic fiction that imagines Coram and Hogarth’s setting up of the Foundling Hospital and the admittance of the first foundling. The film will be structured around Handel’s Foundling Anthem and will use elements of the music in the soundtrack (copyright permissions are being sought).

Site & Installation
Preferably large-scale projection with good sound possibly within the Handel space. This would involve mounting a projector either from the ceiling or opposite wall and mounting a screen or preparing a suitable projection surface (i.e. clearing & painting a wall white). The film would run throughout the exhibition at 10-minute intervals.
There will possibly also be one offsite live performance of the opera in early November (during ‘Arrivals’ part of Kings X Create timed to coincide with Eurostar launch). I have still to ascertain how feasible this is.

Video Portrait of the Trustees.

Summary
To create a video portrait of the current trustees using low-level cameras mounted on wandering toys. The filming would be largely uncontrolled and would take place in the Picture gallery with the trustees gathered together but given no instruction. Filming will take no longer than 1 hour and the room would have to be closed to the public for the duration.

Site & Installation
Video portrait presented on a loop (could be split into three and presented as part of the existing video projection triptych or as a single screen projection). If a separate projection is used installation will be as Foundling Opera.

Lenticular Portrait of the Trustees.

Summary
A video lenticular image produced from 30 to 50 digital stills of the current trustees combined into one image. The stills will be taken during the shooting of the video portrait (above). The image will be 120×100 mounted on 3mm board (unframed) and will be donated to the Foundling Museum.

Site
To be installed on the stairs or similar site among other portraits.

Installation
This work will be delivered directly to the Foundling Museum by 3-D images Ltd where it will need to be fixed to the wall. (discussion with museum staff required)

Summary
A number (2-4) of small-scale video pieces based upon play and magic to be discretely placed around the museum. These will not be filmed in the museum.

Installation
Each will be presented on 7″ wall mounted integrated dvd player tft monitors. They will need to be screwed to the wall near electrical sockets.

Had a really interesting chat with David Burder who owns the company which makes the video lenticular images I’m thinking of using. He actually invented the process and understandably is very keen on it being used to its full potential. He raised the "difference between art and science" and urged me to change my ideas, which has made me think. Anyway, this will be another interesting ball to keep in the air.

The deadline for the detailed proposal is fast approaching & I think I will concentrate on the Foundling Opera and the Lenticular portrait of the trustees almost to see how many people I can disappoint (in a positive way).

I also got an email from Catherine Butcher who is running the Escalator thing reminding me that I had been foolhardy enough to mention the possibility of performing a live version of the ‘opera’. She had a couple of really exciting events in mind. One of which was part of King’s Cross Create coinciding with the arrival of the Eurostar in November. I can’t seem to make my mind up about anything at the moment so I sent the following reply.

"Hi Catherine
I definitely still want to make the piece but I must admit I’m getting cold feet about the idea of a live performance as I only have a very vague idea of how it might happen and I’ve never done anything like it before. Having said that the ‘Arrivals’ thing looks very interesting and mid to late Nov is not booked up. There’s an infuriatingly uncertain answer for you. And yes, everything is going in the blog.
Alex :]"

I’m waiting to place a phone call so I thought I’d do a quick update. The deadline for written up proposals is looming so I am currently trying to sort out costings for the two main works. Firstly for the Foundling Opera I want to use elements of Handel’s Foundling Hospital Anthem so I am trying to get copyright permission from Decca records. One of my main problems is that I am phone phobic & try to do everything via email. The call I’m about to make is to 3D images who deal with lenticular cards etc. I’m hoping to make a large video lenticular portrait of the trustees of the Foundling museum & I’m hoping it won’t eat my entire budget (£4000ish).

On a much smaller and less permanent scale I’m about to have some work in Demolition a show curated by Mercy in Site on Liverpool’s Albert Dock (just off-tate). I’m producing some durational sculptures which are likely to be destroyed during the exhibition (see image) 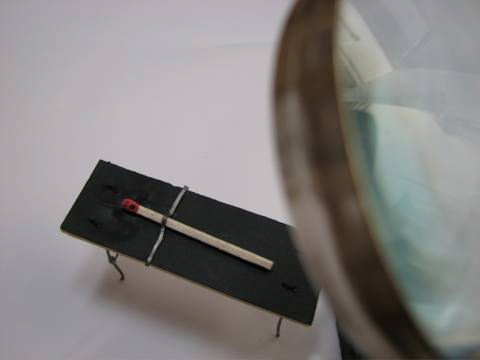