The book I ordered through the library has arrived. The Waste Makers by Vance Packard. Even though I am fully occupied by long lists of preparations for the exhibition I couldn’t resist a quick look at the book. It’s very pertinent – ahead of its time in many ways, he gives the following definitions:

Obsolescence of Junction: in this situation an existing product becomes outmoded when a product is introduced that performs the function better

Obsolescence of quality: Here, when it is planned, a product breaks down or wears out at a given time, usually not too distant.

Obsolescence of desirability: in this situation a product which is still sound in terms of quality or performance becomes ‘worn out’ in our minds because a styling or other change makes it less desirable (1).

These things are familiar to anyone with an awareness of consumerism.

I think a fair amount of it will be familiar given the contemporary writings and debates on sustainability / industrial design but it will be important to remember the time and context in which is was written – 1960’s America. 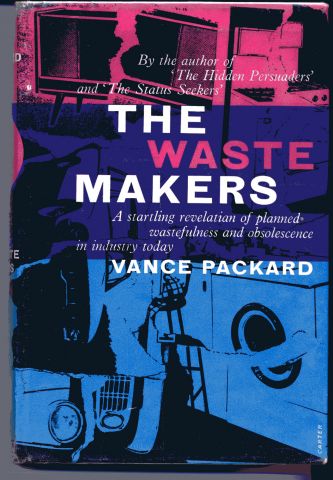 The Potential Object is an exhibition of work produced during my digital making residency. With investigations focused on the relationships between my own video practice, Computer Aided Design and Additive Layer Manufacturing the exhibition will show selected works including photography, video, drawing and objects.

11th & 12th September 2010 – Open 10am to 3pm. In addition to the exhibition, tours of Hethel Engineering Centre will be available as part of Hertitage Open Days. Free & no booking required.

The exhibition continues until 17th December 2010 open Monday to Friday – By Appointment only. Please contact [email protected] Tel: 01953 859100 to make an appointment. 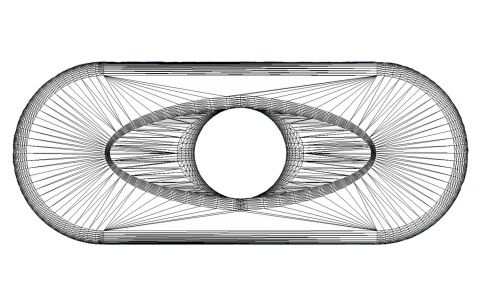 Workshop of the World

I watched the film Manufactured Landscapes last night http://www.edwardburtynsky.com which was inspiring, depressing and slow moving. Burtynsky adopts a ‘neutral’ position to the subjects he photographs, neither condoning or condeming the industries he is documenting rather leaving them open to audiences to discuss and debate. There is an overwhelming feeling of foreboding as e-waste (computers etc) are disassembled without regard for the health of the workers or the environment. The film repeatedly uses shots of the hands at work, the body presented as a fragmented object. Presumably the rest of the body is in a rather fixed posture. There were similar shots of the hands in the British documentaries I have been watching from the 1930’s and 1940’s. (see yesterdays post).

I remember seeing one of Burtynsky’s images years back in Flowers East Gallery of chicken processing in China and I have never forgotten it. The production in those images is on such an immense scale it totally contrasts to everything I have seen at Hethel, which is by its nature (research and development) smaller and more detailed. I find repeatedly when people discuss first impressions of factories it’s the noise that’s often mentioned, how loud the machines are. What I notice most in the RP room at Hethel is not only the lack of noise but also the heat that is generated by the machines working away.

I cannot help thinking about our history as the ‘workshop of the world’ describing our outputs in the 1850’s onwards. Christine MacLeod puts historical production into a global context and says “No country was as specialised as Britain in manufacturing in 1901”. (1). Contrast this with a recent Guardian article where Ian Jack explored British Industry, he states

“The British economy is to be ‘rebranded’. The country – ‘UK plc’ will remember the source of its original prosperity and turn again to making things…..The manufacture and export of goods suddenly appeal as a way out of recession to a political class that has largely ignored industry for several decades. The phrase industrial strategy still evokes cold sweat memories of British Leyland, bad cars and bottomless pits”. (2)

With this talk of bad cars I recall something Helen Sloan said to me on Monday when we met up to catch up on the project. She mentioned the phrase ‘The Friday afternoon car’ which I had not heard before. It is used to describe substandard goods and lack of attention to detail with the implication being that on Friday afternoon the ‘workers’ would be winding down for the weekend and as such productivity would be less focused and lower. With how we produce goods now, I wonder if the Friday afternoon dip is less likely to be evident as factories work 24/7 on shift patterns, so the beginning and end of the week is unfixed. We have also moved towards being machine minders, where computerised systems monitor production quality. I remember Derek explaining that the CNC machines at Hethel monitor the force/power it takes to drill a part, as the force increases the implications the tool is becoming blunt and will need changing. I’m assuming a warning notice is displayed to the operator to take action to rectify the problem.

Integration of theory and practice

I research and read – a fair amount – it helps my ideas develop. Historical research is of particular interest but also contemporary accounts and investigations about work and the changing nature of work particularly in relation to production.

I have recently purchased Land of Promise The British Documentary Movement 1930 – 1950. Although I considered my main focus to be situated in the post war era in terms of research, these 40 films (which I have only just begun to view) offer a valuable opportunity to see what British industry looked like in this era and to hear the accompanying commentary. Industry appears repeatedly in this group of films over a 20 years period, from pre-war through the war years, to the post war era.

In the introduction to the accompanying booklet Patrick Russell states:

“We may like to think of our own era as uniquely exciting, fast paced, unpredictable. Yet the 1930’s and 1940’s were truly tumultuous decades. In Britain they encompassed depression and partial recovery, scientific and cultural innovation, a world war threatening its very existence, then huge social reform permanently changing it”.(1)

These films include documentaries of pre-war activities such as Workers and jobs (1935) where the labour exchange processes are explored. The Transfer of skill from 1940 depicts the skilled craftsmen (and it is men who are the focus of this film) as they re-invent their skills in jewellery and watch making to produce gauges and parts for weapons for the war effort. In the essay which accompanies this film, also by Patrick Russell, he states “…the close association of manufacturing industry with national identity in both peace and war, and the importance of the skills and efforts of human beings (as much as machines) to both”. (2). In the post war era it was the section on Motion study in the Britain Can Make It (1946) efficiency and ergonomics come into play with beautiful shots of hands at work.

To accompany the exhibition of digital making next year I have a series of film screening in mind which could if its possible include some of these documentary pieces in addition to Manufactured Landscapes (Jennifer Baichwal’s film about Edward Burtynsky photography), which I have bought but not had a chance to watch yet.

Took a number of proof photographic and drawing prints to Hethel today, to try in the spaces they have available for showing the work from my residency. Had my artist friend Polly with me who always gives very good advice and reflection, which is very useful when selecting pieces. It is always a lot of work getting work ready for exhibition – sometimes it is methodical and list ticking as Polly says but at others its difficult and complicated as pieces are included and then excluded.

Still time for play through with their new piece of software Cloud9, 3D from http://www.anarkikangels.co.uk/Default.aspx used with a rather odd looking ‘Falcon’, which replaces the ordinary mouse. The Falcon is supposed to give a more intuitive feel. I only had a short play and think the ‘falcon’ wasn’t positioned very well on the desk as my arm was kind of hovering in space and started to ache after a while and it felt very odd to use. I also notice I wasn’t holding it correctly in my hand so that wouldn’t have helped either.

Here is good image of the set up being used from the website http://www.anarkikangels.co.uk/getinvolved.aspx and then look at my images it plain to see not enough space to get comfortable. I will try again with it when there is more time and space to explore.