Walking is precious to me as my body stiffens and flares with arthritis. Every walk is for me an act of defiance, a joy, a statement of freedom.

Ambit is a durational performance for MfOR’s Neither Use Nor Ornament which involves physically connecting with 6 artists by walking and taking public transport to get from my studio to theirs.

I will create a knitted ‘drawing’ as I travel; knitting being a metaphor for connecting people and community. The (neither useful nor ornamental) object I create will evoke the white road, the beaten path made by thousands of feet across thousands of years along the hills and valleys of Britain. Every stitch a step, a braid of stitches crisscrossing every inch and representing one mile journeyed. There are 488 miles between myself and the other artists.

Many of the old paths, Drovers roads, country lanes and pilgrimage routes that once crisscrossed Britain are covered now with grass and fields or subsumed by tarmacked highways. The journeys that raveled along them still exist in memory and in the evidence written in our DNA.

Humans are travelers. Today, hundreds of thousands of people are walking across the Earth to escape war, hunger and poverty, just as our ancestors have always done. Today, people walk also because of the damage richer nations have done to the planet’s atmosphere, causing environmental devastation on an epic scale.

My own acts of walking are done mindfully; a small act of solidarity with fellow humans/refugees and the billions of creatures; insects, birds, fish and animals who are beginning their own mass journeying in the wake of the changing climate. 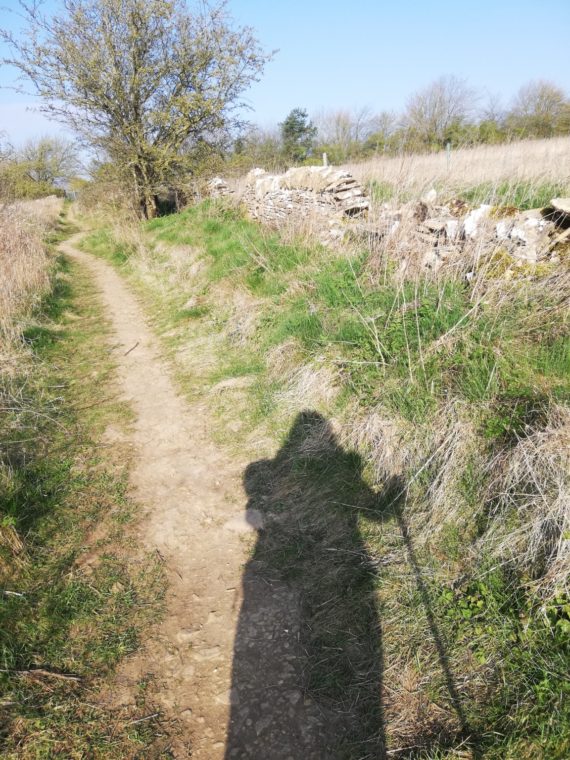