as a boy the film oliver had a huge impact upon me – especially fagin played by ron moody.  i would spend hours doing the actions with my hands – i was told this when i was older.  as we draw close to february it is with great joy i recall a small detail from my formative years.

post dinner now and sitting feeling great after sampling the outcome from the first full meal attempt in the newly acquired slow cooker accompanied by my garlic mash – oh so yummy.

if i guage january by how i feel now and the day i’ve experienced  i’d say january has been good with me getting the balance between aspects of my life about right.

following the let’s get real conference from london today via the hashtag has been another good experience of being part of something while staying at home.  my participation being informal of course – however i have ended up connecting with the drive time host of london greek radio – i hope to tweet him while out with the makory !

for many years i’ve enjoyed a week of darts from the lakeside, the bdo world finals.  in my annual post about this i reflected about how i didn’t see any darts this year and the impending certainty that brexit is slowly drawing  more and more and more into focus. 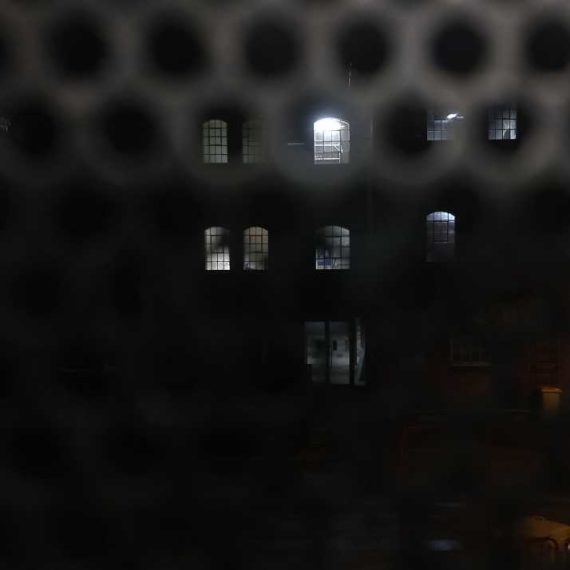 more local to me is my own re-emerging focus upon the silk mill.  the building work is now starting to get to the more interesting bits and the associated volunteering opportunities connected to the development of stuff to go into the museum have all got a new found focus.

i do seem to be focussing alot !

in amongst that is the arrival of my contract for the commission i have – like standing on the dockside of the port of corpus christi. 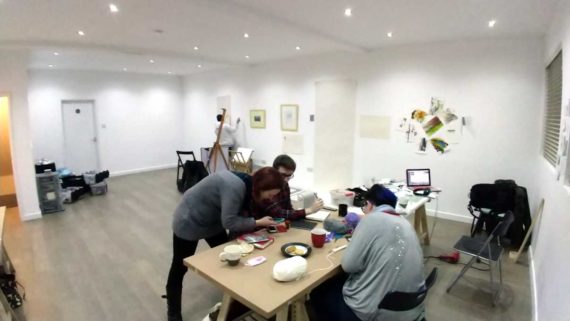 yes i wandered a bit there – i remain positive.

i remained positive last friday.  artist stevie davis hosted an open session in the surface details project space in derby.  i think the space is leased through east side projects, i don’t actually know if that’s the same one as in birmingham.

at the session i took along the bits and pieces that i’m using as i reconsider the snee snaw as some sort of desk top work. 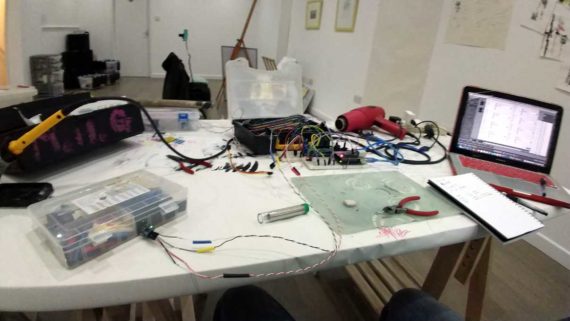 i rather took over one of the two tables and stevie was really kind about me doing so.

i’d gone there with the intention to extend some cables so i could start to work with a longer form than previously. 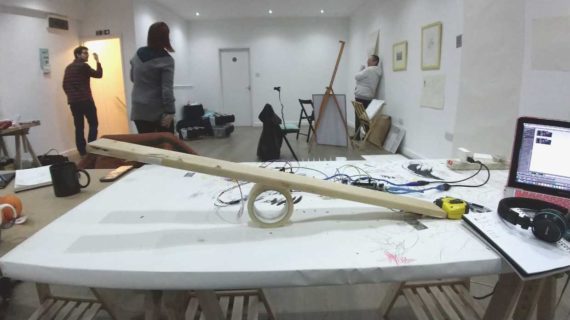 i left the session with more questions than i had begun with.  mainly about the physical form of the work.  when using a see saw as a basis the work really encapsulates the spirit and essence of what i want to achieve.  i am so with doubt about when i try to use something else as a donor base.

i’ve been at this point before when trying to stage the work.  i did manage to have some physicality within the 2016 re-imagined snee snaw.  maybe i need to go back to the beginning of this iteration.  it was originally thinking to be for fore fingers – after my experience of seeing the work being played with the work has taken a bit of a dark turn – i’m literally in a cul de sac not knowing where to go next.  time to get out a piece of paper and draw a map methinks.

back in the seat of volunteering at the silk mill i’ve joined up with the tertiary interpretation group.  during our session i had such a great time and between you and me if what i was part of (the idea) doesn’t go any further i don’t care because i had an enjoyable time away from home and met some new people.  yes i might be getting to a point of not caring about the time that follows.  this is actually a vital part aspect of being a co producer within the co production process.  i note that one needs to be in an incredibly secure place in one’s own life for this to be the case.

i sit up for a moment and look at the dog asleep on the sofa. 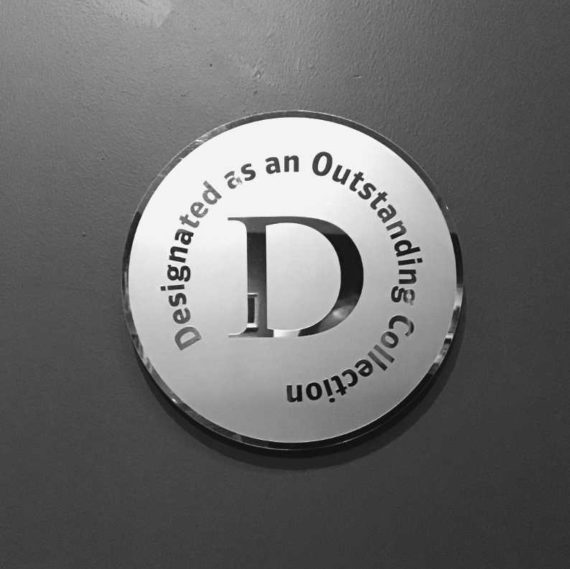 we’re nearing the final stages of the royal academy funded joe wright interpretation project at derby museum and art gallery.  i’ve learnt alot throughout this project and with a new head of interpretation newly started from the british museum am looking forward to how we conclude our work to discover what we might put into the gallery.

that seems a little out of left field – it’s that we’ve had a break in january and will be picking it up very soon.  in reconnecting with the project i have been reflecting how i feel a little in the middle of two bodies of people and have felt i have had something missing to help both sides get over the line.  there’s help coming.

i’ve recently listened to red saunders present his hidden project to the arts and heritage volunteers at the silk mill.    looking at these pictures the thing that strikes me is light at all the windows.  the building for so long was limited to where the light could be seen.

so when i review the situation what do i see ?  well its more a feeling, i like the feeling i have right now.  january has had many feelings and of those there are definitely some that i do not want to feel again.

i feel i want to have a go at making a statement about my work.  the idea of making a statement is one i struggle to consider because it’s so fixed – feelings alter, they are dynamic.  oh look there’s a thing – i’ve not made that connection before.  therefore … do i actually need a statement that is dynamic ?  it would fit better with where i see myself.

i’m so glad i reviewed the situation. x