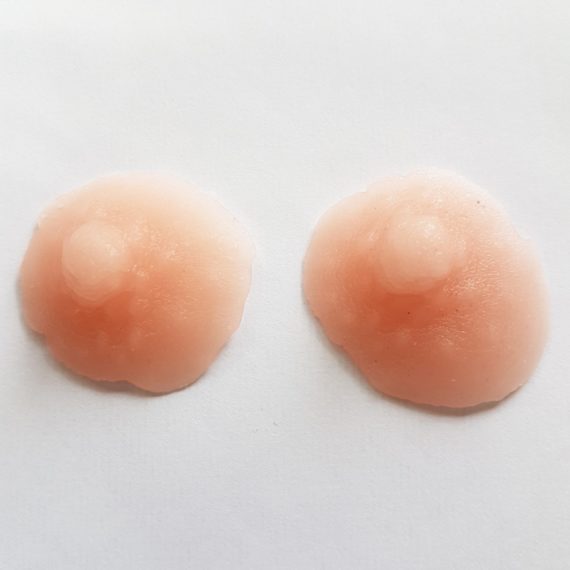 During the course of the last couple of weeks its been apparent that my work has become focused on the body as a subject and medium. The space felt fleshy and I began thinking about bodily fluids and what the space had previously been used for, the vast quantities of bodies that would have at some stage gathered in the space. Then I thought of urine, the artists urine and how I could document this bodily fluid? I had never previously addressed or engaged with performance art but began to wonder whether the work required a live action or process? And so the action of urinating on canvas, documenting the process and logging the dates and times of each singular urination; building up layer upon layer directly onto the canvas there is clear fragmentations of bodily traces, my bodily traces. Referring to Joseph Beuys’ Virgin Work Basic Room – wet laundry (1979) using a soap making process he explores the analogy for the stages of fetal development, the cyclical nature of feminine cleansing; therefore associating virginity and motherhood with cleanliness and impurity respectively.

How can I deliver a body of work in this space? If something is absurd, it’s much more exaggerated, more absurd if it’s repeated. (Eva Hesse) Thinking of repetition and multiple objects drew me back to the nipple and belly button castings; this absurd and exaggeration of the body that explores play but brings into focus the awkwardness. The work has progressed into a study of bodily components exploring the materiality of objects, the body and space documented as physical actions of enquiry. I choose to work with my body; taking castings of my nipples, belly button, collecting hair and syliva, and urinating on a sheet of canvas has evolved into an intense self collaboration. My body has become my primal material where I’ve repetitively exploited certain body parts (that could be associated with both male and female) to investigate those liminal qualities. There are various elements to this work; a blurring of object, fragmentation and representational study of the body, more precisely, my body. Again what comes into question is the juxtaposition between my use of organic and inorganic materials; wax and latex appear fleshy, undoubtedly portray fragments of skin whereas my use of urine is a direct fluid from my body explored through documented actions and a live performance of the action.

It’s interesting how a conversation can become advocated by forming a dialogue using domesticated objects that exist in our everyday surroundings (such as chairs). Play was the forefront purpose of these series of works representing and suggesting the body; using chairs, rope and filled balloons I’m creating various formations of coincidental drawings that intercept to create distinct, bold shadows. The focal element of this work is light; how I can manipulate and highlight the objects materiality and natural formation of lines. My use of the rope creates that unsettling tension wrapped and pulled along the chairs with a tied pair of balloons hanging in suspense. I view this work as sculptural objects where I can defined the physical and temporal relationship between viewer and object. 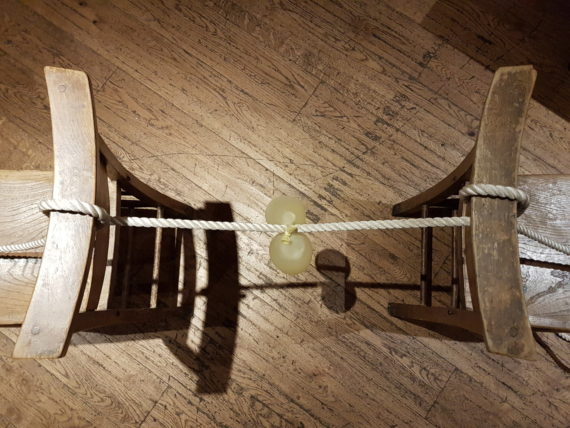