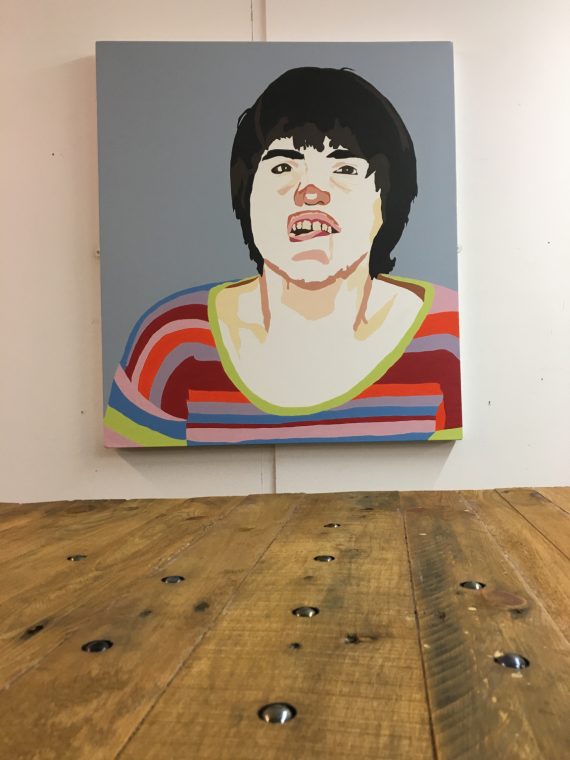 The project # Flaunt It was conceived to create a platform which brings artists together to provide a collaborative exchange of ideas and an exhibition opportunity to enhance grassroots art in Southampton. 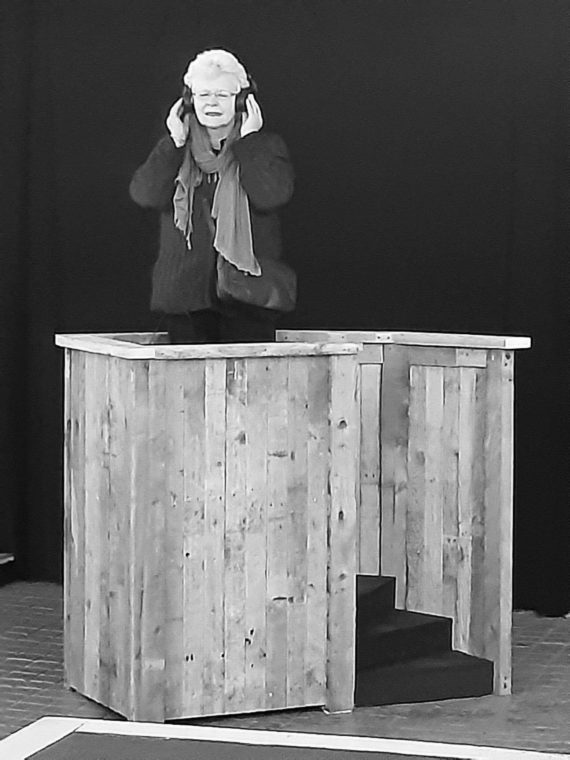 Spencer presented new work including: Sermon – On the seventh beatitude a reconstructed pulpit normally associated with a theological presentation, is used on this occasion as a platform, inviting the audience to ascend the spiral stairs and listen to an intimate audio recording of Spencer reading a monologue which refers to wisdom of the Enneagram, a personality type system that describes patterns in how people interpret the world and manage their emotions.

Spencer also presented Flesh and Blood a kneeler reconstructed from reclaimed pallet wood, inviting the audience to perform the act of kneeling in front of a mirror. From this position the participant confronts their own reflection and words of affirmation burnt in reverse into the wooden frame of the stool. The work was created to explore concepts of self-awareness, as a form of dissenting from social constructs of ego.

Evans presented Bin Liner People, a piece made from sewn plastic bin liners.  The installation endeavours to comment on our current society, hoping to act as a catalyst for conversation on social change.

McGinnis exhibited a second set of powerful portrait paintings, which he produced whilst undertaking a self directed residency at Eastpoint day centre for the West Hants NHS Trust. 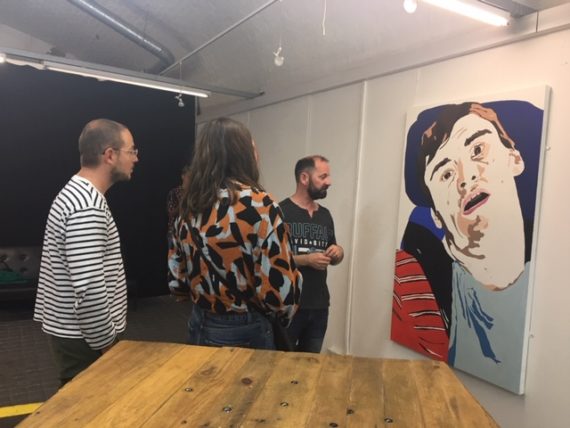 # Flaunt It was an exhibition at Arches Studios, Southampton conceived in the Summer of 2019 by Tony Spencer & Peter McGinnis and featuring Jilly Evans. The artists presented a visual commentary on current society including feminist issues, disability, humanity, ritual and wellbeing.

McGinnis exhibited a set of extremely powerful portrait paintings, which he produced whilst undertaking a self directed residency at Eastpoint day centre for the West Hants NHS Trust. He explained to the viewers that he was exploring new ways of drawing and painting, describing the emotions of people, whilst reducing the mark making. The works were oil on canvas, and applied with a discipline that rendered oil paint with the smooth effect as with acrylic, whilst maintaining the rich vivid colours of oils.

Viewing the work I felt like he was reintroducing the people back into the world; each image depicted subtle movement and expression within the persons face. Peter talked about his experience of the residency, where he gained an empathic understanding of what each person was trying to communicate, despite there multiple disabilities.

Evans presented traditional quilts with text which aimed to breakdown the historical notions of feminine politeness and linguistic taboos . Jilly integrated words within the pattern design, which were at first concealed from the viewer by the evocative complimentary colours and design. The work spoke about social identity and the use of slang and expressive language to address female empowerment.

The event was self funded and co-curated by the artists. 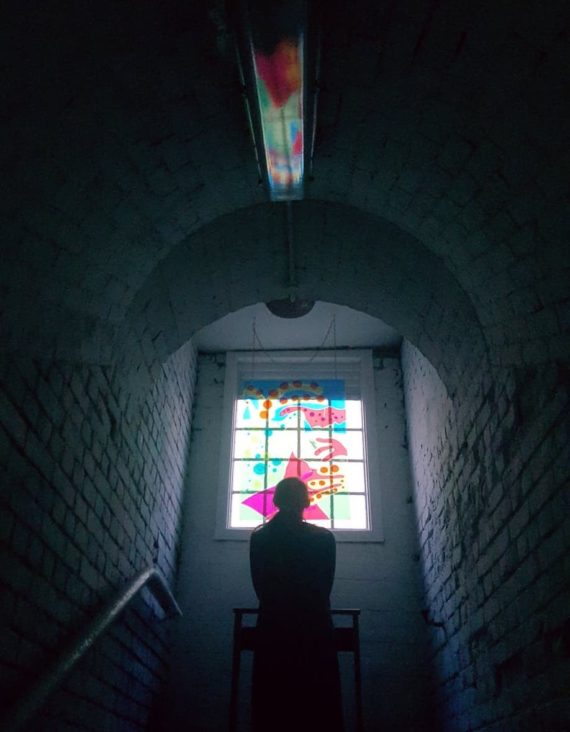 A site specific collaboration between Tony Spencer & Peter McGinnis creating work for Arches Open Studio 2019. The work a kneeler reconstructed from reclaimed pallet wood, invites the audience to climb steps and perform the act of kneeling in front of a suspended stained glass effect window. As the viewer approaches the work the recorded sound of a Gregorian chant is heard from the stool, and upon kneeling the viewer can feel the vibration.

The work considers the relationship between art and faith, with the potential of changing a space into one of ritual and sensory engagement.