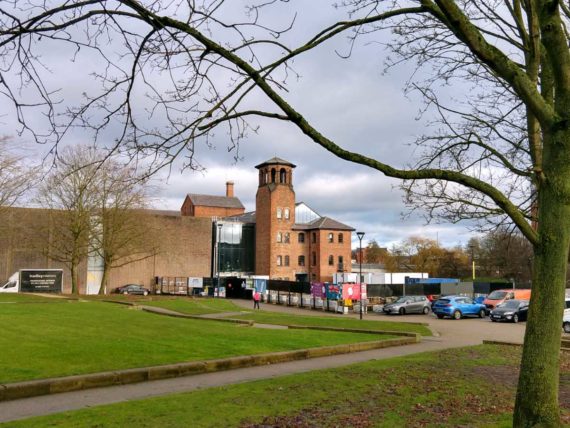 things are starting to get a little more serious.  i want to submit shimmering place to doc fest 18 and this is requiring me to look at and consider questions set as a result of a meeting with part of the producing group.

the questions are designed to push my understanding and help underpin the thinking for a third tranche of the project.

the book accompanying me in the forthcoming posts is documentary edited by julian stallabrass, part of the documents of contemporary art series by whitechapel gallery.

back in november i read one of the essays and this was the basis of a conversation with producer sue ball.  following this, four questions were posed and as hard as they appear to answer i am going to answer in some way through this blog platform.

so here goes starting with question 1.

1) You are interested in depicting a ‘true’ document of the Museum in its transformation over time. If this is so, what formal qualities or technical devices have you adopted in your last tranche of filming (equipment, use of sound/recording audio, lens, particular shots….). Maybe refer to the article by Trinh T. Minh-ha, Documentary Is/Not a Name that we read.

ok. a lot going on within this question and a lot inferred too.  going into this tranche the most important aspect of me being present at the activities i  filmed was that i wasn’t there.  i wanted those working, making, doing to be as authentic to their process as possible.

i did this through a process of getting to know them and talking with them about what i was wanting to do and listened to their reactions.  in no way did i set out what i wanted them to do for the sake of the filming.

my choice of technical equipment also helped this.  using wearable technology i was able to move amongst them without needing to carry anything bulky that might distract their attention.  i did require to make some noise at the beginning of filming as i choose to record moving image and audio on separate devices.  i did this in as a subtle manner as possible.

each time i set up to film i watched / looked at / walked around the subject as much as i could and shot as much as it felt necessary to capture what was happening at the time.  this was done with the available light at the time.

what i was setting up to film was informed by a knowledge of what was happening in the building through ongoing dialogues with members of the project staff.

drawing on past linear film projects i have an understanding of how panning and moving – non static shots – are more interesting for the viewer so worked at making the shots as fluid and interesting as possible.

fluid movement has been the biggest technical improvement upon the first tranche.  new equipment being brought to the filming to allow much more stabilised video shots.

this stabilisation was used in conjunction with a less wide angle lens than the first trance.  this narrower angle view being more in keeping with normal vision.

for this tranche i worked at getting more sound into the project by producing sound clips that continue once the video has completed.  technically they loop around so in a viewing context like an exhibition these sounds will punctuate the silence in the gallery.

shot duration was a consideration when filming.  as time duration increases so does the file size.  large files makes post production slower.  from experience i know about what you might describe as editing in camera.  this is being selective about what is shot and for what duration.  being in and around the activity gave me a feel of what to record and for how long.  i always made sure i left each session with what felt like enough material to work with.  this was informed by knowing what i was going to shoot and a sense of what i needed to get to fulfil my expectation of what i might need.

now i need to read the essay again to be able to reference anything said within it.

reading the essay to the end of he first paragragh of page 70, minh-ha covers several tings that i’ve touched upon in this post.  the one aspect that minh-ha doesn’t write about is the nature of non linear documentary and how that impacts upon the notion of documentary.

for me non linear implies that there is no preset meaning i want to get across to the viewer.  in fact i invite the viewer to choose what they goto next and for how long they stay with that.  they watch as i did what happens in front of them, my role maybe becoming a guide through the building that they are free to vary from as their mood takes them.

minha-ha talks of how the technical aspects of the production shouldn’t impose themselves on the production, for example the sound being synchronised with the pictures.  this basic need remaining the same today as when the essay was written.

it then strikes me that there is one documentary component that is not present in shimmering place.  i’m considering the narrative voice over.

the non linear format opens up the storey so there is no need for a preset voice over.  i would much rather the voice over be made up at the point of viewing, as a dialogue might develop between visitors while looking at an exhibit in the museum.

i read on a few paragraphs.

minha-ha covers theorectical models of documenatry film making.  i read about Cinéma vérité and see it described as observational cinema.

so documentary has a value in social commentary and informing the viewer.

so how does this aspect emerge in shimmering place ?

within the museum of making there is a connection with past, present and future through the inspiration of the makers of the past informing what makers do today and in turn how this empowers makers of the future. 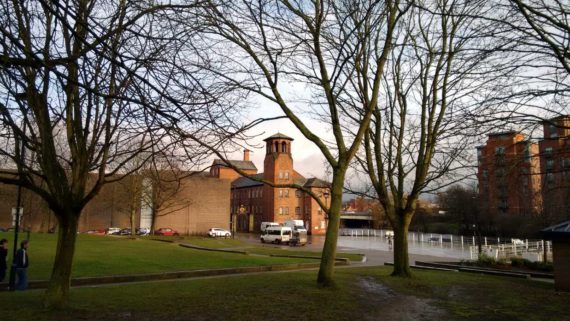