within all the research and trying out of ideas there needs to be points of focus – usually a meeting.  there’s been one recently – a design meeting and for it i pulled all the disparate pieces of together to create the first prototype.  i’m pleased to bring back from the meeting and subsequent discussion many positive things.  we’re on track.

the day before the prototype meeting i’d been onsite at the mill.  there are many many more people on site now as the mechanical and electrical work gains pace.

let me take you on a quick tour of some of the building as it was monday 19th august 2019. 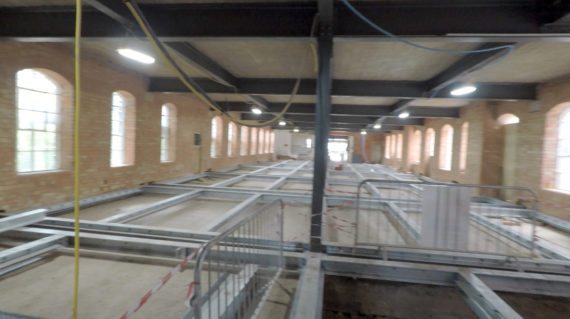 the ground floor floor of the italian mill.  this part of the work came as a bit of a surprise to me as most of what happens does.  there’s so much happening all at once there’s no time for briefings – it’s quicker for me to go and see where it’s all at.  the steel work is for a new floor suspended above the old one. 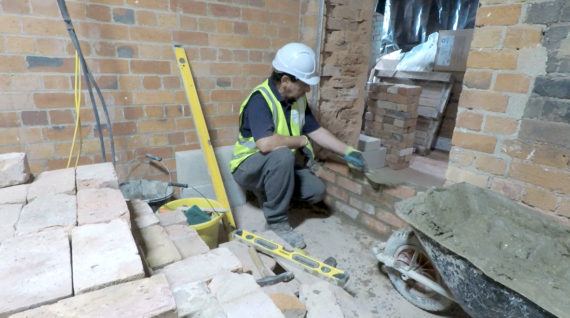 bricks coming out of the building have been cleaned and reused internally.  the man in the photo is one i’ve spoken to several times now and i realise today i’ve not asked him his name yet.  conversations on site need to be kept to a minimum because those working on site are focussed – in the zone of what needs doing. 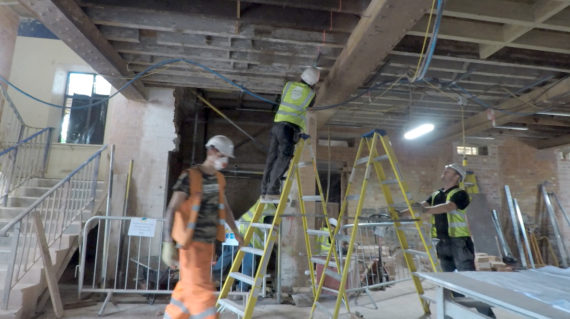 the rear lift is being upgraded so it complies with current safety measures.  much other work is happening around it as the electrics and heating are being run around the building. 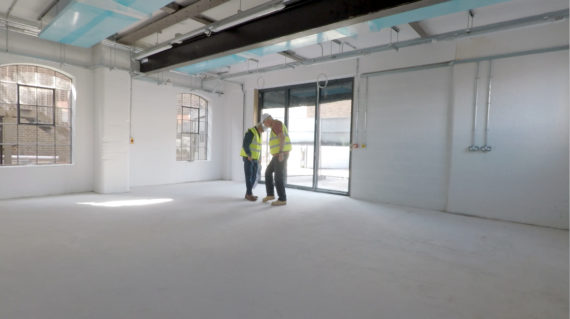 in workshop 3 the preparations are going on to accept the machinery.  the workshops will be the first part of the museum to reopen and be used to create furniture for the museum.

onto the first floor.

the radiators for the heating system are going onto the walls.  i spoke to the two guys doing the work and like almost everyone else i speak to onsite are so behind the idea of a work that describes the making of the museum of making.  i say almost everyone as there are some who are shy to talk – choosing to remain in the zone of work.

one of the most focussed group of people are those involved in the restoration of the mill’s metal window frames.   on site today i managed to capture a description of their process without too much external noise.  they were feeling optimistic as they believe there is a light at the end of the tunnel appearing ! 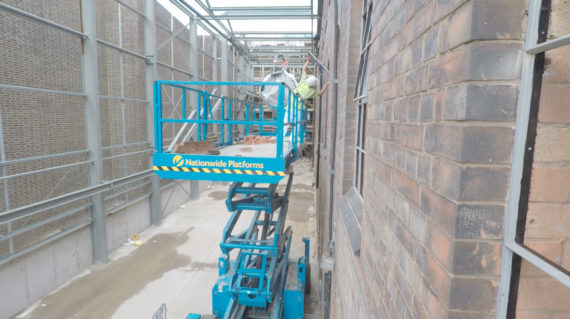 the civic hall is emerging.  the steel work is up and one of the major attractions has been placed within the steel work.  the next works to happen are the installation of the mezzanine floor and the roof going on.

back in march i was told the site would get busier and at the time i wasn’t able to imagine how busy it would get.

as the spaces become finished the amount going on will continue to increase.    the design team are in their blocks waiting to move in to install their work with the collections team poised to begin the recant of the collections.

during the afternoon of 19.8.19 we met in the co pro hub to explore the space navigation of the second floor.

being in the mill and the co pro sessions i experience some of the intensity of the process to realise the museum of making.   at the time i don’t know it’s intense as i’m right within it.   being away from the intensity makes me realise it’s there.

within my chats with site manage mark i talk about intensity and he reflects that he and the rest of the team are living within it almost all of the time.  i continue to research if there’s a way in which to include that intensity within the overall work.   however what i see from the rushes is the mindfulness of process. 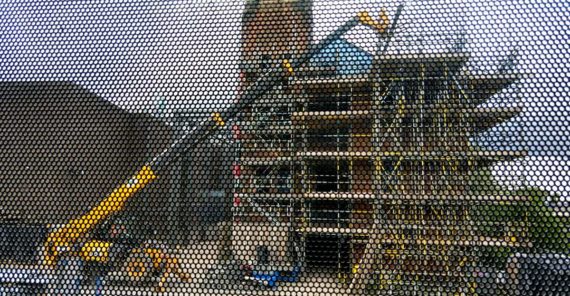 in a previous post i’ve mentioned how i’m reading an essay from a collection of essays by australian academics and artists.  this came in handy when reviewing the design meeting with sue.  we’ve started talking about how the visitor experience of the work will be a lean forward experience.

when we watch a linear film or documentary we press start and lean back to watch it.  with the non linear form we invite the visitor to lean forward to keep their experience going.  this notion sits well with the research i’ve been doing into arcade game buttons and joystick for controlling the work.

so all in all i’m feeling good about where i am at the moment.  with the working prototype i have something to refine and to start to work into.  my post production process now has a little more definition and i can start to turn my attention to the physical hardware of the work to inform the user interface proportions.

work continues and i’m looking forward to the next point of focus. 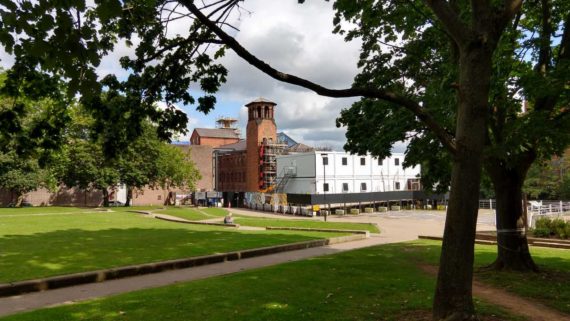