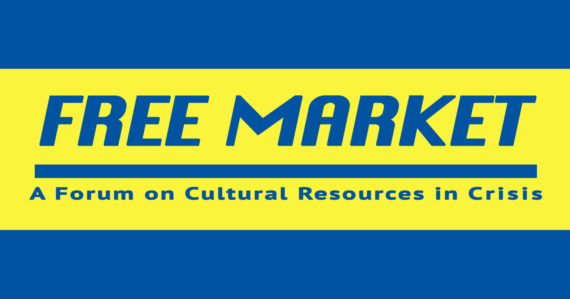 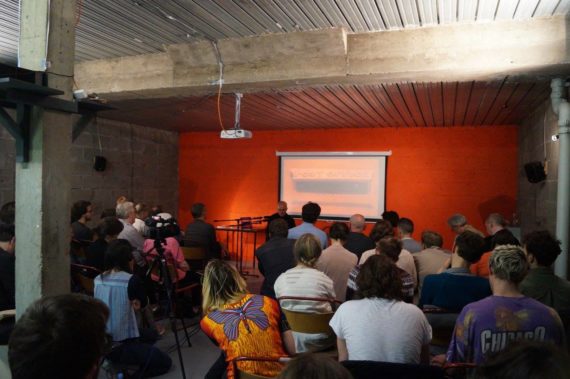 Where does Market Gallery fit in with all this reference to markets, financiers, superstructures and ideologies? Neil Gray’s talk again provided perhaps the most direct link here. We’ve already briefly noted how the “creative class” can be unwittingly instrumentalized by aggressive private enterprise and gradual gentrification programme’s under auspices of “redevelopment.`’ In Britain, particularly in London but in large cities elsewhere too, redevelopment has been a byword for social cleansing and the bulldozing of working class neighbourhoods in favour of “luxury apartments” and boutique hotels. It’s interesting how, whilst this sort of thing certainly has taken place in Glasgow, the deindustrialized city centre and eastern districts have largely experienced a more subtle form of gentrification. Central to Gray’s presentation was the notion of the “creativity fix” which: “represents a low cost, market friendly urban placebo, that is artfully scripted for today’s political and economic terrain.” […] “The seductiveness of creativity strategies must be understood in terms of a basic complementarity with prevailing neoliberal development fixes. Their compatibility with discretionary, selective and symbolic supply side policy making, which means tax breaks, gifted land, subsidies etc, for business and their conformity with the attendant array of development interests. Such fixes, perhaps especially in old industrial cities like Glasgow have more effect on the language and image of urban politics than on the mitigation of social and material inequalities.” […] “ The ‘Creative City’ thesis represents a soft policy fix for this neoliberal conjuncture making the case for modest and discretionary plastic funding while raising a favoured bundle of middle class lifestyles to the status of an urban redevelopment project.”

Much like the misguided conception of “trickle-down economics” favoured by staunchly neoliberal politicians, it has become apparent that the main thing being regenerated via ‘creativity fixes’ is the cash in the pockets of investors and real estate developers. It’s well over a decade since Richard Florida formulated these influential ideas in his book The Rise of the Creative Class, and the urban projects he inspired across Britain have now taken on a life of their own. They have not had any significant impact on reducing inequalities as Florida had hoped, nor have they generated social cohesion, or transformed neighbourhoods in ways that directly benefit local people. As Sam Wetherall’s recent Jacobin Magazine article explains: “Richard Florida is Sorry.” He “wants you to know that he got almost everything about cities wrong.” His new book is called: The New Urban Crisis: How Our Cities Are Increasing Inequality, Deepening Segregation, and Failing the Middle Class—and What We Can Do About It. Now “he argues that the creative classes have grabbed hold of many of the world’s great cities and choked them to death. As a result, the fifty largest metropolitan areas house just 7 percent of the world’s population but generate 40 percent of its growth. These “superstar” cities are becoming gated communities, their vibrancy replaced with deracinated streets full of Airbnbs and empty summer homes.”

OK, the east end of Glasgow is hardly one of these superstar Airbnb hotspots, but it has received its fair share of galleries, hipster coffee shops and studio spaces; most recently MANY Studios in the Barras for example. Older more established gallery spaces such as Market Gallery belong to the Blair years, when subsidies for large and medium scale artistic redevelopment ran wild across the country. “Tony Blair’s Labour government was particularly obsessed with turning factories into cultural attractions. In a fit of urban regeneration between 1998 and 2002, the United Kingdom constructed galleries in former industrial spaces all over the country, from London’s Tate Modern, housed in a former power station, to the BALTIC art gallery, an old flour mill in Gateshead, as well as the Manchester Lowry Museum and the Tate Liverpool, each built on former docks.” Yet the comparison of Market Gallery and the birth of institutions such as Tate Liverpool cannot be so lazily passed over. In Market Gallery’s case, the story is in many ways more complex; since, while it rode the wave of this national creativity fix gallery building trend, it was loaned property from Reidvale Housing Association, a once radical, entirely community owned housing project. The fact that these projects and creativity fixes, initiated during the Blair years have taken on a life of their own therefore also need to be adequately addressed by anyone seeking to research them, including Richard Florida himself.

It’s easy to criticize a space like Market Gallery as a trojan horse for gentrification, but such an analogy would miss the mark. The gallery remains rent-free due to Reidvale’s supportive and genuinely progressive arrangement that managed to recognise the need for culture within the Dennistoun community without any adoption of the profit motive, and regardless of any investment opportunity. The gallery is run for two years each by a rotating series of unpaid volunteer art graduates, who have most likely previously accrued a significant amount of debt in their effort to educate themselves (ok perhaps not so much if they are Scottish). Yes, many of them will come from middle class backgrounds, but as anyone who has been paying attention knows, the middle class has been in a state of partial collapse since the 2008 economic crash. The rising inequality affects everyone. It’s time for a more nuanced study and critique of the cultural sphere, especially for our time of low-paid service jobs, high competition, and insecure zero hours employment. For these problems, we don’t need a creativity fix… we need ‘a political economy fix.’