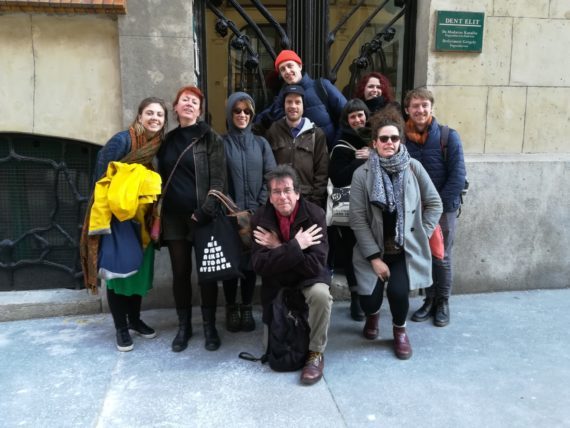 0 Comments
Viewing single post of blog Games on the Train

Travelling such a long time by train was going to be new experience for me and before going on the trip I felt daunted by the long hours we had ahead of travelling.

The hours spent on the train became an important part of the trip. The slowed down pace and confined space of the train meant it was the perfect way to get to know each other before arriving in Budapest. Sitting in pairs, with the common ground being that we all were artists or writers meant we got to know peoples’ practices and ideas well. We also shared some texts we were interested in before travelling, which became a reading list for the trip and also came into conversations a lot.

Going through the tunnel….

For the train journey I made a card game. In my practice I’m interested in using games and play as a tool to connect people. This game was a collaborative game where players had to work together to win. Players had to fill their hand with passengers cards while never seeing their own hand. The game was rough and ready and the rules hadn’t all been decided. This collaborative process of creating the rules together on the train was great. We played different variations, including playing silently which meant we had to think of different ways to communicate. I will put a video of playing the game online next time we meet.