This blog documents my research into the relationship between psychology, the arts and technology between 2010-2012. For current projects please see www.vanessabartlett.com

For details of the exhibition Group Therapy: Mental Distress in a Digital Age please see the FACT website

A brief rude awakening for my Group Therapy blog, on what is (I had not realised), its two year anniversary. I’ve not been positing here because I’m writing reams in other places. But the subject matter that Group Therapy is concerned with has certainly reached maturity, given that I’m speaking in public about it at The Science Museum tomorrow night. Here is a synopsis of my talk:

In February 2012 comedian Ruby Wax launched Black Dog Tribe, an online social space for people affected by mental illness. In an archival society where individuals are constantly recording their daily experiences online, using interactive social media and digital technologies, the site exemplifies a trend for use of the internet as a platform for recording and performing symptoms of mental ill health and staging cathartic therapy through online testimony and confession.

According to Michel Foucault, experiences of psychological disturbance from the eighteenth century onwards have been articulated through archival systems such as doctor’s notes and asylum statistics that construct mental illness from the hierarchical perspective of diagnosis and jurisdiction. Occasionally first person testimonies have offered subjective accounts authored from a single patient’s point of view. Yet these works commonly depended upon the existing social or economic status enjoyed by the author for their public legitimacy, as in the case of the 1884 memoir of psychosis written by distinguished Judge, Daniel Paul Schreber.

This presentation will question the extent to which websites and social networking sites such a Black Dog Tribe might offer a useful resource for the mental health historian of the future, who seeks to access first person accounts of symptoms authored without jurisdiction. It will touch upon ideas of the Internet as an archive and the psychology of Internet use. 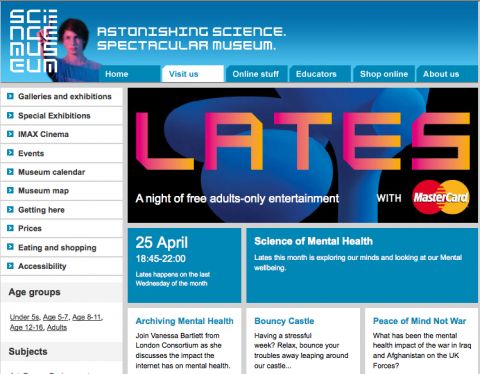 I’ve been engaging in some intensive debate with the irreverent Sid Volter on Lars Von Trier’s latest cinematic offering: Melancholia. Sid is of the opinion that the film offers up one of the best portraits of a character with chronic clinical depression that he has seen at the cinema. While I am not inclined to disagree entirely with this sentiment, I remain hacked off with the fact that again and again, the mainstream media insists on portraying the depressed woman against a backdrop of glamour and affluence.

For those of you who have not seen the movie, check the trailer that I have posted here. Kirsten Dunst plays a passive aggressive depressive who manages to destroy her marriage on her wedding night and later comes to live with her affluent sister, where she plays out her illness against a backdrop of idle indifference and crystal chandeliers. The imagery constantly links women and nature as seen 1min into the trailer where Dunst is depicted naked, gazing skyward as a architypal reclining nude. There’s also a hefty stench of the Freudian hysteria stereotype attached to Dunst’s role as the promiscuous disobedient wife who fails to satisfy her husband’s need for sex on their wedding night. Yes the depression is quite convincing, but what a shame that is comes wrapped in gender stereotype and archaic cliche.

I’ve blogged here before about women like Sally Brampton and Emma Forrest who seem to embody the popular perception of the depressed female. I don’t at all discount their symptoms as genuine, but at the same time I’m not surprised when journalists such as Janet Street Porter (a generally ridiculous individual for all other intents and purposes) question links between gender, depression and affluence.

There must be some well crafted female depressive characters out there in film. Would anyone like to suggest one to cheer me up a bit?

I rocked up to the private view of the ICA’s Freeze offering last night to check out what I would call a ‘mixed’ bag of work. Both the painterly and sculptural pieces on offer (by Jacob Kassay and Franz West) carried the dull whiff of the commercial art world, perhaps not surprising given that Gregor Muir former director of Hauser and Wirth is now at the helm.

“Through the medium of animation, Stark raises questions about the difference between therapeutic confession and performance”

Obviously this duality between cathartic online confessional and partial self revelation reflects the kind of concerns that are central to my research. I’ve talked frequently both on here and in my MRes pitch about the increasing practice of online psychotherapy and the general insinuation made in a recent addition of Journal for Clinical Psychology that sometimes patients reveal more in depth personal information when talking to a therapist via a computer. How much of the identities revealed in My Best Thing are based on truth to life is impossible to tell, but as a viewer attempting to join the dots is fascinating.

I’ve become super interested in the evolution of the ICA as a public space since I wrote this article for the Guardian. I’m hoping that I will be well positioned to track their future progress, given that they are part of the consortia that runs the MRes I’m currently sitting. I really hope that their new director continues to show this kind of compelling video work and goes for a little less of the whiffy commercial painting!

I was mooching about on the Guardian website a few days ago and I came across this announcement that Bobby Baker’s diaries Mental Illness and Me have just won the Mind Book of the Year award. I saw the contents of this diary in an exhibition at at The Welcome Collection in 2009 and the experience was deeply formative for my early thinking about links between art and mental health.

The shortlist for this year’s prize is quite formidable, but I was particularly pleased to see Candia McWilliam’s book What to Look for in Winter featured. I hauled a huge dog eared copy of this book around with me for several months earlier this year and often sat with tears in my eyes on trains and buses while I read the author’s account of her struggles with alcoholism and blindness. I’d have awarded this book the prize in a flash, but I can see why the brutal and immediate visual style of Bobby Baker’s drawings came out on top. As former Mind Book of the Year prizewinner John O’Donoghue points out, this book is deeply powerful as a meeting point between thinking, writing and making visual art about mental health issues.

I’ve had a few people ask me why the videos that I posted on the 20th June are currently offline. They were films about imaginary suicide jumps and were the product of my stay at The Vacuum Cleaner’s residency Ship of Fools; a project about art and mental health. We filmed them by throwing camera phones out of the windows of his tower block in Hackney and slowing down the footage that this generated.

On the 16th July somebody committed suicide by jumping from the 11th floor of the same tower block. It was a total shock to both of us and especially upsetting for James as he had to witness the aftermath. Out of respect for the deceased and his family and to help ease the trauma that we both felt, we have taken the videos offline for the time being. They currently remain private.

I went round to James’s flat on Saturday, for the first time since it happened. We had a really long conversation about what this series of events means ethically for us as artists making work about suicide and whether we can still take forward our plans to develop the videos. For me it was important to go through a process of defining our motives and clarifying what we would want our work to say to audiences.

James spoke to me about what happened in the immediate aftermath of the jump. He talked about being on the market just outside of his block and hearing people repeatedly asking the question ‘why would you do that?’ Yet we both agreed that the question for us would be ‘why wouldn’t you do that?’ I feel that until we overcome the taboo of suicide to understand that it can be a psychologically hardwired impulse that makes perfect sense to some individuals, we can never have a frank discussion about how to help.

For this reason James and I will keep working together on our jump videos, although we will expand to explore other sites. We probably won’t save any lives by making art (although you never know) but we might just slightly shift somebody’s understanding of the issues. Of course we will also be taking advantage of the morbid curiosity that makes suicide such a compelling subject for viewers and speculators, but nobody’s moral compass is ever perfectly tuned. 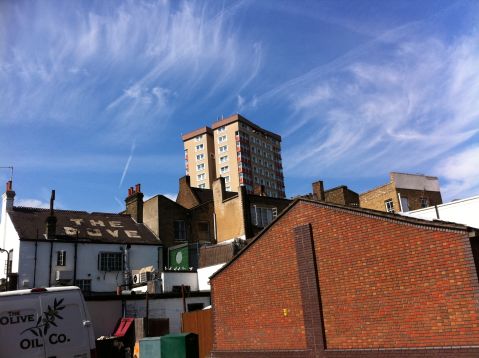 Vanessa Bartlett is a writer and curator currently based in Sydney