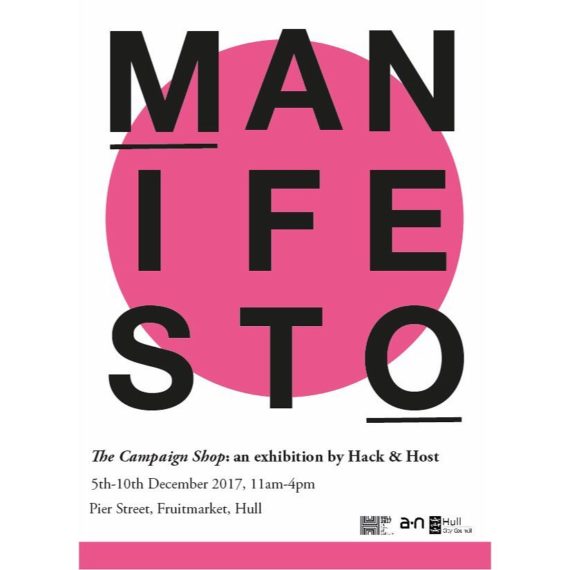 My name is Fraser Briggs and I have been asked to blog about my involvement in the Artist as Activist talks that Hack and Host did earlier this year.

I make shit out of shit.

I first became involved Hack and Host in 2015 after graduating. I had made a lot of DIY kits for people to create their own piece of art (droll, I know) for my degree show. One of the directors thought they could be a good starting point for conversation so I ended up making stupid things for H&H.

As with most of my practice, almost all my work starts life as some kind of bad joke. I was tasked with making bad jokes about politics…

As with most of my work I tried to find the sweet spot between irony and sincerity. It’s all very well making jokes about politicians being evil devil worshipers but I wanted subtlety. If for no other reason then so that I could hide behind a veil of vagueness should my decisions be questioned and explored; I’m apathetic and ill informed so dread all conversation surrounding party politics.

I was surprised how quickly my disinterest dulled over the course of these talks and not just because I had to actually research to save potential embarrassment in open debates (I didn’t actually research). I realized that I had more of an opinion than I first thought. Being part of this project also made me realize that presenting my opinion in a polite and measured way might not actually be the worst possible thing for someone to experience. Each panel discussion seemed a success as at no point were there any large scale shouting matches. I’m not saying that I now hold the key to breaking down politics in conversation but maybe those who lead with, ‘the witch is dead’ or ‘hippy scum’ could reach more people if they readdressed their approach?

In the Politics and Humour pack there was the ‘VOTEr apathy maTRIX’ activity. To complete this task you were expected to cut out images of each party leaders face and place it on the chart depending on your feelings towards them. Needles to say, the scales were not in either leaders favour. 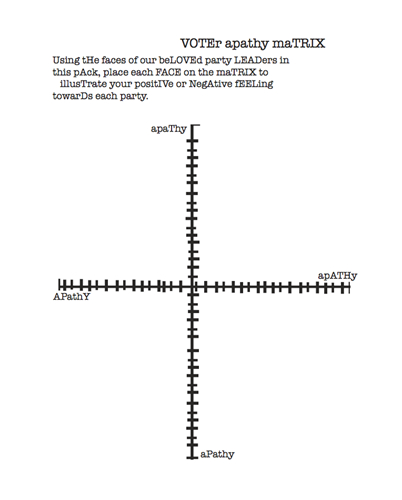 In the Design and Communication pack there was a drawing exercise called ‘BUSSTOPLYINGpls’ in which you could write a message on the side of a campaign bus. I don’t think this needs further explanation… 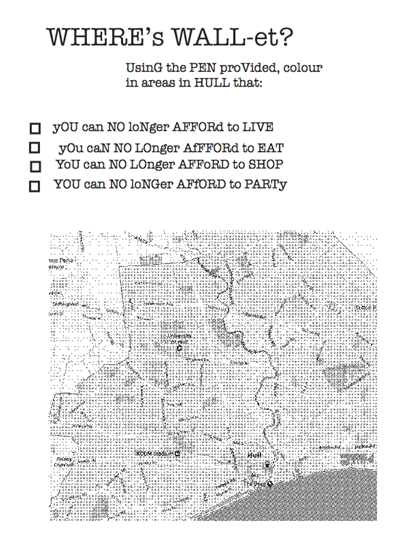 In the Urban and Political Landscape Pack there was an activity which consisted of shading areas on a local map that you could no longer afford to: live, eat, shop or drink. This accompanied the longest of the discussions as gentrification is a bit of a sore topic in Hull right now. The talk was held at Studio Eleven Gallery space on Humber St, which is one of two galleries that are battling to keep a foothold in an area that has experienced about 10 years of gentrification in 8 months. 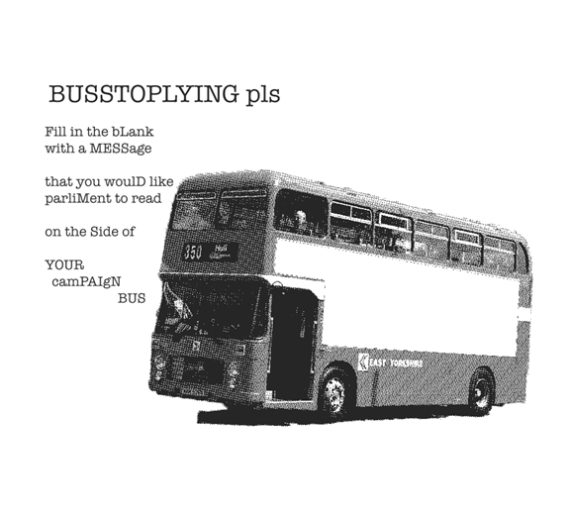 In the Thrash Out pack there was an activity called ‘EAT THE RICH AND THOSE RICH IN HUMANITARIAN VALUES’. All this involved was eating the faces of Jeremy Corbyn and Theresa May printed on rice paper. What more can I say? 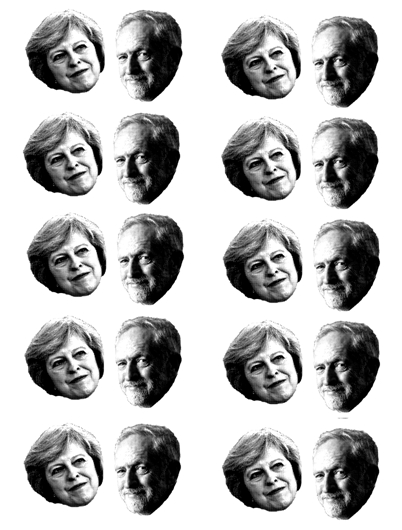 If this seemed pointless to you, I can only apologize. I am by far the last person who should be writing blog entries. Thanks for persevering.

On Tuesday 5th December we open our Campaign Shop on Pier Street in Hull. This exhibition and the manifesto that we will present in it are the result of our ‘Thrash Out’ series of debates or conversations, funded by an a-n bursary.

The exhibition has kindly been funded by a Hull City Arts grant.