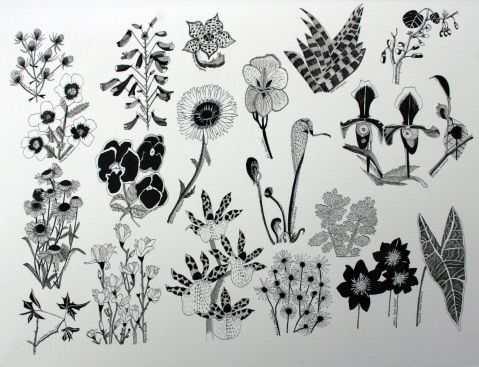 On winning – albeit unexpectantly!

Last night I won a Deptford X Fringe Award for my latest project Drawing the likeness of brick. [PV Tonight! All welcome.] There were ten contenders for three prizes and when I looked around, everyone elses work looked so much more sophisticated! And, despite, three male judges, all three winners were women. It was funny winning an award and knowing virtually no-one. I sat next to the artist Mark Titchner, his partner and five-week-old son who were lovely, and immediately turned to congratulate me. Titchner was saying how the whole Turner prize experience, and all the demands that come with it [he was nominated in 2006] can actually de-rail your life for a couple of years. Sort of like winning the lottery but not! An article or a book about the whole ‘Turner’ experience would be interesting. Liz Harrison won the overall Deptford X 2010 award for a sound piece in Deptford Station of birds singing.

On the Folkestone Triennial 2011

A couple of weeks of ago I attended a symposium at dlwp, Bexhil, where Andrea Schlieker, Curator of the forthcoming 2011 Folkestone Triennial, spoke engagingly and amusingly about her innitial reservations about 22 internationally-renouned artists showing their work in town called Folkestone – where was it anyway? That was back in 2005/6 for the first 2008 triennial. And what a success it was! I A thoroughly unexpected uplifting experience, as map in hand we wandered purposefully around the faded Victorian grandeur of Folkestone searching for obvious and illusive artworks. A great feeling of bon homie existed among visitors, but more than that …. a sense of wonder.

Schlieker mentioned the phrase ‘civic pride’ a number of times in her talk, and it’s true, living in the neighbouring seaside resort of Hastings, I understood, what a leap of faith and yet, conversely, how visionary the whole project was.

However, and here’s a suggestion: alongside the hand-picked, well-paid international triennial artists [the famous names, that bring in the crowds] how about an open submission exhibition for professional, regional artists in the southern region area [Kent & Sussex] so that less well-known but equally talented artists can appear besides and gain recognition from the crowd-pulling ‘names’. If you are reading this Andrea …. what do you think?

On the Eighteenth Emergency – Core

I enjoyed Andrew Bryant’s curated exhibition: The Eighteenth Emergency at Core Gallery, Deptford. Particularly Daniel Lichtman’s ‘Untitled’ – extracts from an adolescent boys diary, the death of his grandmother, the daily monotony of school life and the discovery of girls. Presented as series of printed texts on a dvd screen, in an appropriately deadpan manner, it was both funny and poignant.

Burcu Yagcioglu’s film entitled: I would swallow you whole, was also moving – the intimacy of watching a women [or the artist at work] as she sculpts her own hair into a a type of scarf or veil. The result, for me, was not a political work alluding to women covering their heads in Muslim societies but a much more poetic work referencing medieval images of men and women in tight-fitting black caps, their facial features exaggerated by the puritanical nature of the object.

I saw the exhibition through an informal, but thought-provoking walk & talk event led by Rosalind Davis and Andrew Bryant. Where we discussed the importance of titles, and how the idea of the title can change depending on the context, and the message you want to get across. It was refreshing to hear about Andrew Bryant’s own bout of ‘title-anxiety’, and the fact the title for his piece ‘My Black Ball’ had changed several times during the exhibition. The piece was literally a huge ball of black plasticine – with an ominous, brooding presence, yet filling the viewer with an unquenchable desire to kick it across the space, or pet it or pat it … but just to look down at it was not enough. The feeling of engagement with the object was almost primordial – an inverted black whole – the void that we fear, filled? 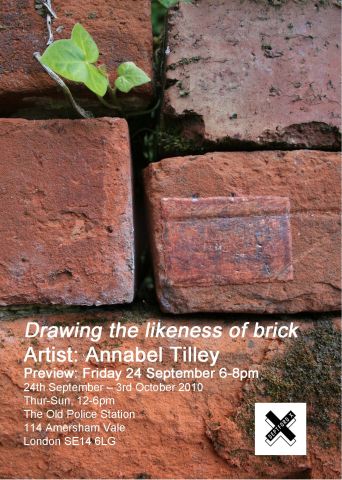