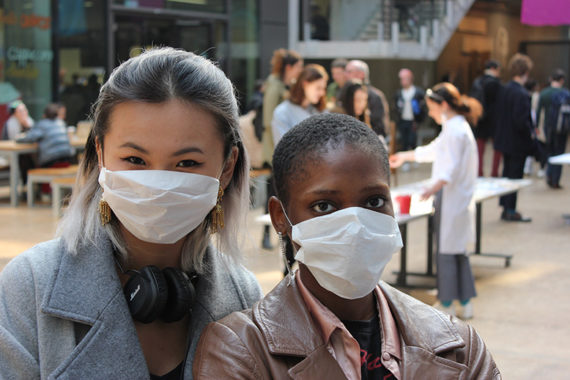 “Biennale focus on Art and Artists”

I have to admit that I was rather confused to read the introduction of 2017 Venice Biennale by chief curator Christine Macel, “Focus on the role of Art and Artists”.

OK, great! Artist on centre stage! But, wait a minute, isn’t it stating the obvious?  No, actually she may be not stating the obvious as I have a suspicion that with all seriousness of intent of Macel, the Art and Artists may not have been the focus. Although we do wonder if it is possible that this celebration of Arts has been carried out without Art and Artists being in focus?

However, the question Macel poses here is a very important one, much depends on how you define the term “Artist”.  This begs the question; who is qualified to be called an “Artist”?

Ironically, I have encountered this question personally in my efforts to obtain access to this Biennale as an artist. I might have been very naive, but gaining a pass was virtually impossible, unless you are an exhibiting artist, or on the list of celebrity artists, or you are a cultural worker or journalist working for an established institution.

Non-entity artists who does not belong to anybody do not count!

Of course I do understand perfectly well the reason why all artists are not given a pass. Anyone can call themselves an artist and chaos would ensue if an open door policy was extended to all unknown artists. Therefore, it follows that unrecognised artists are inevitably excluded from the inner sanctum of culture.

This reminded me of the recent case of a female Japanese artist who was arrested for infringing a problematic Japanese obscenity law. The artist in question, Rokudenashiko‘s practice is based on the idea of feminist activism, attempting to redress the perception of the female body.  The media in Japan have dismissed her status as “artist” and have branded her as a “self-declared artist”, in other words “so called artist”. The reason for this branding was that she was not perceived as “professional” enough to be called an artist, as she was not exhibiting in the recognised gallery circuits in Japan.

The problem of this branding however is not simply the ignorance on the part of the Japanese media.  Unfortunately, even within academia this branding does not seem to be challenged much. The Japanese art scene at large has also distanced itself from the mayhem of this high profile case, as she is not recognised within the circuit. In a way her high profile visibility due to the court case actually seems to have re-enforced the feeling of annoyance amongst the cultural sectors.

The issue highlighted in this particular case is also relevant to artists in UK.

The question is; Does Rokudenashiko deserves to be called an artist or not?

This is deeply linked to the question Macel is posing, and I am also asking myself.

Who can be called an “Artist”?