I was told that there was an ancient Egyptian mummified human head somewhere in the museum storerooms and I thought it might be interesting to see it and to see what would come from drawing it.

It turns out that the head was donated to the museum a few years ago and that almost nothing is known about it beyond what can be guessed through what is generally known about ancient Egyptian remains and by comparing it to other similar artefacts in other collections.  It was probably bought by a collector on the open market sometime in the nineteenth century and has sat in a house in Ramsgate before eventually finding its way to The Beaney.  I wonder what the actual human being, whose head is once was, would make of its journey and I wonder if there is any trace of that person’s appearance still remaining in his mummified remains.

This person’s head now rests on soft white fabric in a sealed box with glass windows at the top and on two sides.  A large area of its right side is missing and the papery flesh has dropped downwards so that the bone structure of the skull can be seen to be slightly at odds with the surface of the face.  I could make out the remains of a dark painted line around the eye and another, light-coloured, line around the edge of the face.  The skin looks like papier-mâché.  There is hardly a face there to be seen in it.

I began drawing it.  I did so with an open mind and with no outcome in mind beyond looking and seeing what my drawing made of it.  It was a difficult thing to draw as the protective glass made it quite hard to see.  I did twenty-six drawings over the course of two sessions of about four hours each time.  From some angles you can catch sight of the shape of the skull beneath the face and thereby glimpse the general shape of the person’s face.  Earlier in the year I spent an afternoon drawing some of the skulls in St Leonard’s church in Hythe.  Each and every one of those skulls had its own character and individuality.  You could see tantalising glimpses various types of faces in each of those skulls.  The living face which once animated this, now mummified, head is much more difficult to imagine.  The preserved face (what remains of it) has become an obscuring mask.  I look at these drawings and I know I would do these differently now.

[I remember that drawing the mummified head was a surprisingly unsatisfactory experience.  For a start there were practical difficulties involved in drawing it: the glass box that housed it made it hard to see and there was very little of the face remaining and the papery remains of skin  was separated from the skull in a way that held very little of the shape of a human face.  I remember feeling sad that these human remains seemed hardly human at all.  This museum object once contained human thoughts and feelings; and yet, if I hadn’t been told that it was thousands of years old, I could almost have believed that it was a papier-mâché stage prop.  I had hoped I would be able to glimpse some hint of a living face in these remains – this wasn’t to be.  It was a privilege to be allowed to spend time drawing it and I hope I did so in a way which was respectful towards the feelings of the person it once was.] 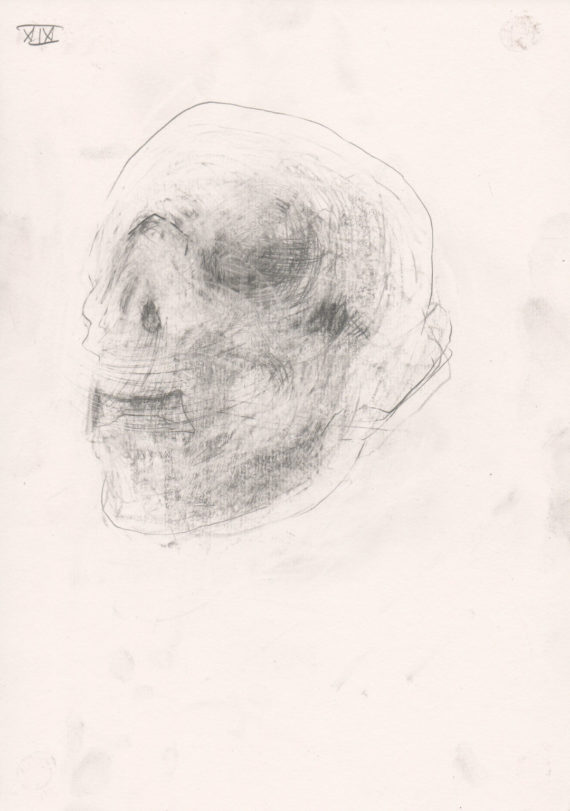 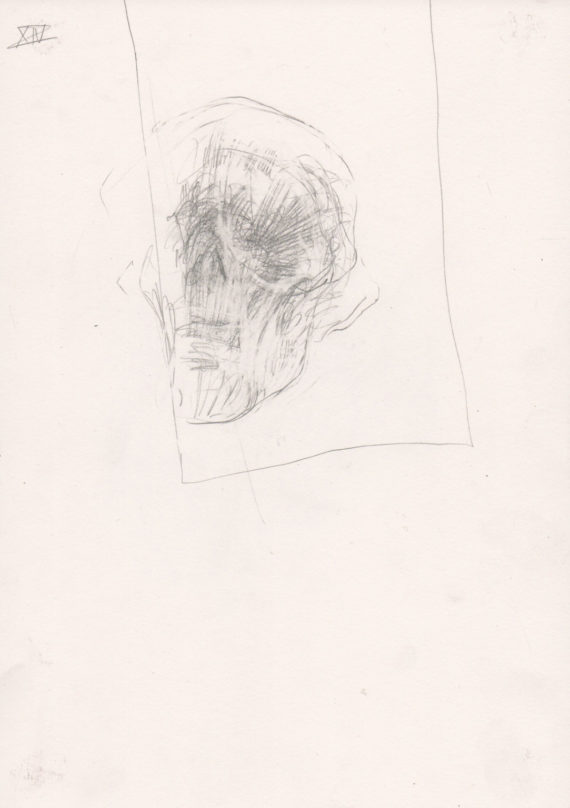 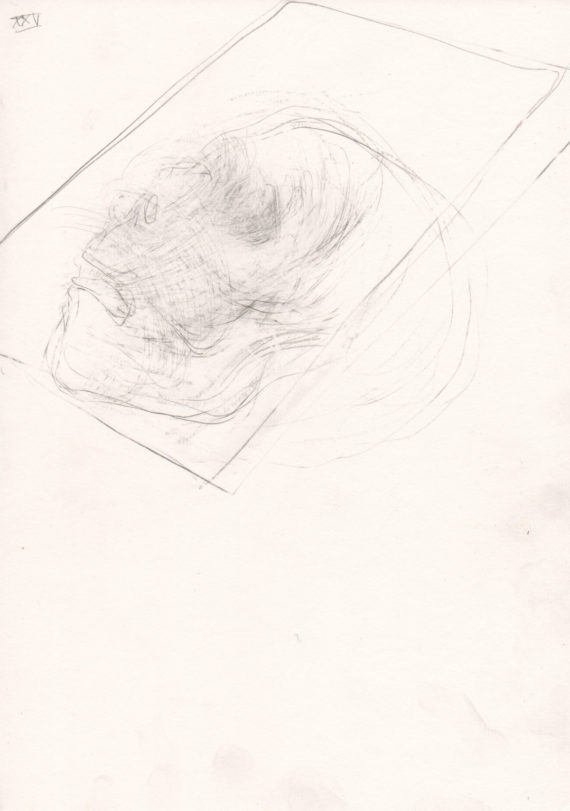 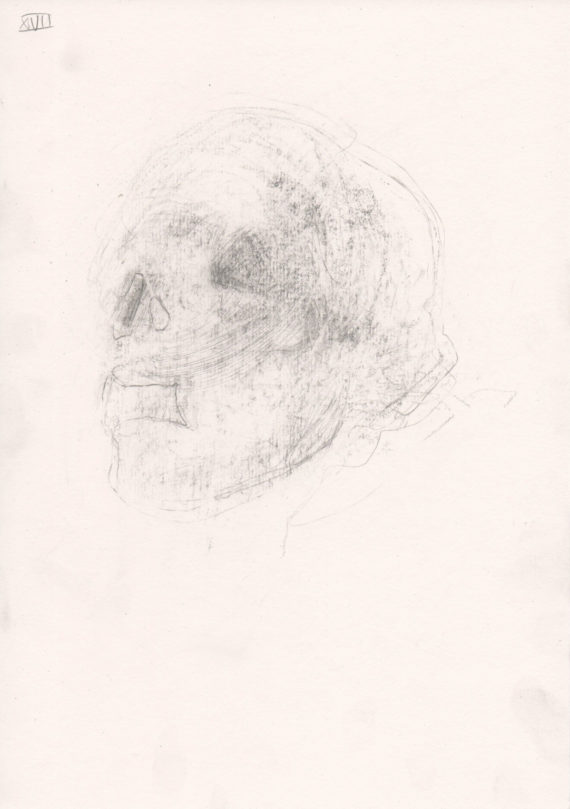