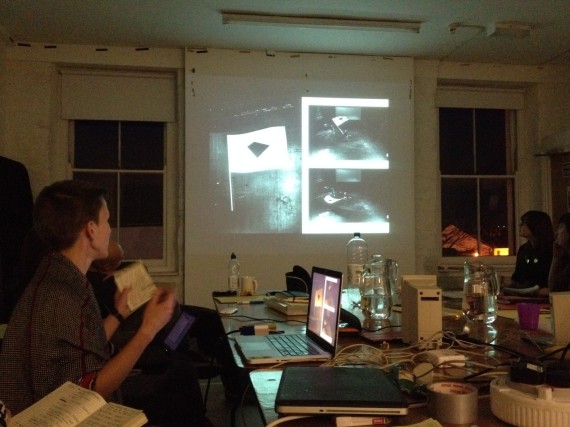 Only a certain kind of person would sign up to sleep on a gallery floor for three nights with a bunch of strangers. The chances are these people would probably get along just fine…

Often artists are expected to give ‘presentations’ or an ‘artist talk’, but I have found very little guidance on what is actually wanted. Useful from the offset, LOW PROFILE set the task of condensing our practices into 6-minute presentations to share with the group, shaped around three specific questions – the most useful for me being ‘please describe your current and biggest concerns?’

I knew this could be interpreted as something formal that needed to be resolved in the work, or balancing making and paid work, or ‘professional goals?’ However, I posed the question that I am most shy to ask for fear of being pigeon-holed, ridiculed or challenged; the thing that’s been bugging me since I was a student; the thing that’s terribly un-fashionable, the thing that I can’t stop making work about – ‘how to deal with the environment and climate change through my work?’

This was met with a simple but poignant ‘don’t worry about it’. If it’s a genuine concern revealing itself through the process of making, then it is a genuine concern and there is nothing I can do about it. The social, political and scientific effects of climate change are rich territory to explore, but I would still not identify with the term environmental artist!

As well as new confidence in that particular aspect of my work, I will take away from Jamboree the discovery of a little gem in the coast – Plymouth, and a nationwide network of couches to sleep on. Some of us have already met up in Glasgow!

lewdjaw on Jamboree – an audiovisual interpretation


https://www.youtube.com/watch?v=E-P2qL3qkzk
WE (Duck’s fly together)

https://www.youtube.com/watch?v=RzJY_K0cX1c
WE should say YES more to each other, SAY YES. Maybe pp will say YES back?

Place Making: Spike Associates Laurie Lax, Laura Phillips and lewdjaw reflect on what it’s like to be an artist in Bristol 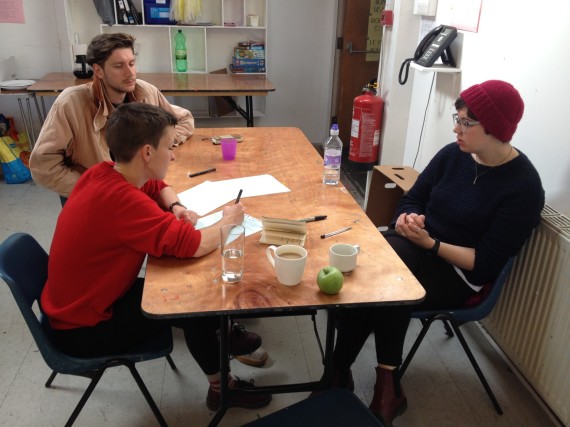 In terms of art spaces, there are only a handful of public art galleries, and LOTS of transitory pop-up spaces and events, giving it a constantly fresh atmosphere. This is reliant on the general public being actively engaged in the arts – it’s quite a fun-loving party city (not surprising given its proximity to Glastonbury, like San Francisco to Burning Man). The downside of that is Bristol lacks spaces that are in-between and spaces for emerging artists that have longevity. Hyper-gentrification is happening, sometimes Bristol is referred to as ‘West West London’ – lot’s of Londoners are moving over. The neighbourhoods are all very distinct from each other, so there is something for everyone. In fact we unanimously agreed on one-word summaries of all the areas (Clifton=posh, bedminster=yummy mummy, Stokes Croft=crusty…)! Quite an alternative politically aware city (Bus boycotts, Tesco Riot, Counterfire, Museum of Palestine, Tony Benn was local MP…)

Healthy pattern of cross-disciplinary collaboration i.e. with music, film and science:
Qu Junktions (booking agents and event organisers who often work with visual artists)
Howling Owl Record Company – label who also put on events and operate in art settings
Young Echo – exciting music collective that put on arty performances
Strong graphitti scene (Banksy!) with the events ‘See No Evil’ and ‘Upfest’ annual graphitti festivals on Nelson Street and North Street respectively, and the outside gallery curated by ‘The People’s republic of Stokes Croft’ born out of the ‘Tesco riots’
Aardman (Wallace & Gromit) and BB Natural History Unit are based in Bristol… so lot’s of media people and facilities around.
Strong circus scene because of the school and venue Circomedia.
Bristol University and UWE means a lot of students of all disciplines.

Touristy stuff that’s actually worth checking out:
SS Great Britain
The Suspension Bridge
The docks
The shot tower
The zoo is ‘well kept’ and involved in international environmental activism

Laurie Lax was born in Canterbury in 1987 and graduated from BA Fine Art at Bath School of Art & Design. She is based at BV Studios in Bristol and has completed several residencies including Cow House Studios in Ireland; Nida Art Colony in Lithuania; Merz Barn in Cumbria (supported by a-n’s Go and See bursary); Ricklungården in Lapland (Sweden). Exhibited in London, Bristol, Dundee, Folkestone, Canterbury and Chester; internationally in Germany, Ireland and Poland. Selected for the Jerwood Drawing Prize 2014, and nominated for the Drawing Room Bursary Award 2015. Commissioned works by Supernormal Festival, Antler’s Gallery, Bristol Biennial and the Royal West of England Academy.
www.laurielax.co.uk
@lax_laurie