The days move quickly. It’s now two weeks since the 10×10 exchange day took place in Hastings. Objects are very much at the forefront of my mind and I seem to have developed a sharpened awareness of the things around me. Accepting a new intake of objects for the 10×10 cabinet has sparked off memories associated with the things I already own and I’ve been remembering a lot of the stuff I have in storage. I was away from home for five nights, too during the time 10×10 was a part of Coastal Currents in Hastings. It doesn’t sound like a great stretch of time in the grand scheme of things but rather like my studio, I live very closely and intimately with my surroundings. I miss my home environment very much when I’m away, not purely because it’s the place where my loved ones are, but because both aesthetically and emotionally, so much of me is invested in it. It’s the place I love to be, where I feel safe and secure, a place where I can truly be myself.

A whole new dimension has been added to 10×10, aesthetically and in terms of the stories associated with a lot of the things left behind. The objects people bring to it as well as the items they choose to take in exchange are a continual source of fascination to me. I’m interested in what it is about certain objects that make them appeal to certain people and equally curious about the items they bring. If every object tells a story, then 10×10 has become richer in terms of the narratives contained within it.

I wonder sometimes about where the objects which have been taken might have ended up. How do they look in their new environment? Are they on display somewhere or shoved in a cupboard never to see the light of day again? Do people hold onto the object they take away with them or is it discarded?

There are now only three of the original objects from the initial one hundred remaining in the cabinet, two of them, ceramic pomanders (do people know what these are?) and a miniature teapot, part of a child’s china tea set. My ‘ownership’ of the contents of 10×10 has altered considerably since its launch in September 2008. I’ve become the guardian of other peoples’ objects, they’re no longer my own and though I no longer feel any where near the kind of personal attachment to them I had with my own, they are still precious. Wrapped up with other people’s histories, I feel a kind of responsibility for them and I’m keen to safeguard and protect them.

This reminds me of the communication I had with the director of the Museum of Broken Relationships recently. Due to an administrative oversight, I hadn’t received confirmation that a book I’d submitted in the summer was in the Museum’s safe hands. I was bothered by this; despite wanting rid of the book and submitting it for cathartic reasons, it was nevertheless still a sentimental item and I wanted to feel it was being looked after with at least some degree of respect. I got an almost immediate response to ‘rest assured’ that my book was indeed, very much in their safe hands.

I was comforted by this and it’s been a timely reminder that some of the people participating in 10×10 in Hastings might be letting go of so much more than the actual physical object they submit. Certainly, people generally seem to want to know what will happen to their objects when they leave them and are pleased to know that I’ll be holding onto them until the next exchange takes place. Many told me their story attached to their object on the exchange day in Hastings, some wrote in the ledger book provided, while some simply took part in silence. This evening I’m going to be speaking with someone who’s keen to tell me the full story around the beautiful 1930s vintage perfume bottle she left in the 10×10 cabinet; I sensed when she left it that there was a lot of emotion attached; I’m intrigued and excited to be able to hear her story. 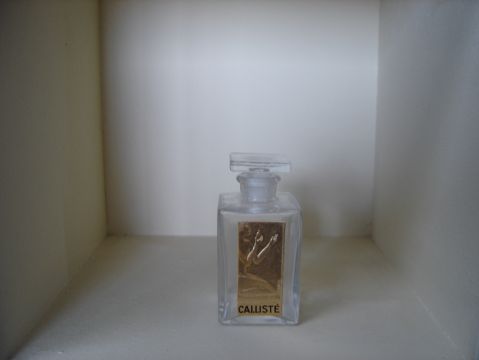