There’s been a lot of activity here on Artists Talking – so many interesting conversations going on and so many questions being raised. One thing I’ve been thinking about in particular recently is the issue of documentation. When I write about my work, why am I doing it? What’s the point of it? Who am I documenting it for? How much context should I provide for the viewer; how much should I let the work stand alone?

With much of my work, I don’t feel a need to document it. I like to think that it speaks for itself. But for some pieces, the process of recording it is very much a part of the work. This is especially true of 10×10 and I’ve come to realise that it’s the interaction and the narrative behind the exchanges that makes the work what it is.

Despite the great turn out and the many interesting stories that people brought to 10×10 in Hastings, I had found myself feeling a bit reticent about writing it up for my website in the usual way. I started to worry that there are only so many times that you can write about people’s generosity, the thoughtful and considered exchanges and so on. At one point I thought about simply compiling a list of all the exchanges made and leaving it at that.

To simply state that a hairbrush was swapped for a plate for example, tells you very little. But when you know that the plate had initially been received as a gift from an Iranian asylum seeker and that the hairbrush belonged to the estranged grandfather of a woman who brought it along as an act of penance for not having made her peace with him before he died, the exchange starts to take on a whole new significance. To my mind, it’s the stories behind the objects which make 10×10 infinitely more interesting. And to keep those to myself without documenting it would be to ignore the very essence of the piece.

It would also ignore the amazing generosity of the people I rely upon to make 10×10 happen – without audience participation, after all, 10×10 would simply not exist. The 10×10 cabinet of objects has now been placed in five different venues and each time I’ve had no idea how many people would turn up to take part. I’ve approached each event with a mixture of excitement and trepidation. So far, I’m delighted to say, I haven’t been let down.

For all those reasons, I’ve decided to continue documenting 10×10 and sharing the stories that help to make it what it is. It feels good to be more clear about why I’m doing it. 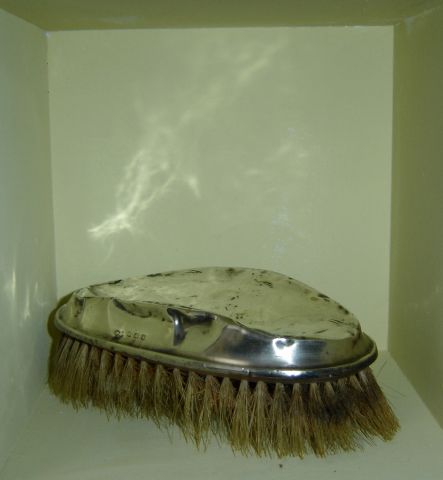