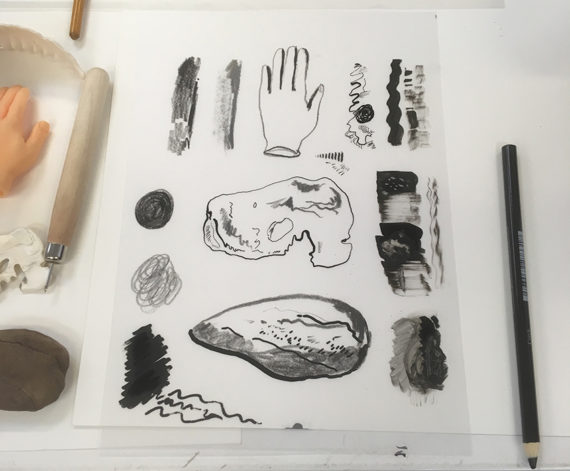 I want to share some of the drawings I produced while in Collemacchia and reflect on the experience I had making them. I’ve been struggling with drawing for a while, it’s a vital part of my practice; I feel comfortable with observation rather than working from memory or imagination and this is something that often frustrates me. I feel restricted by my reliance on real objects, people or places etc. for stimulus. 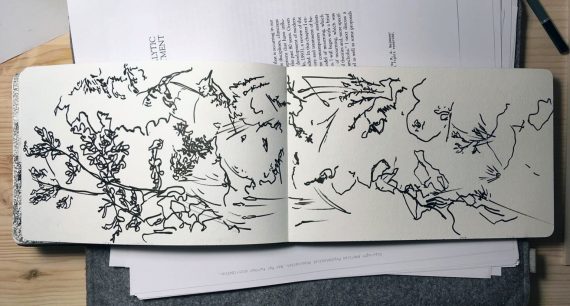 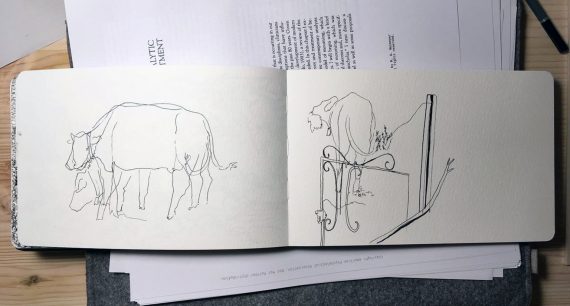 In 2016 while working on ‘Think, Question, Print’, a self-directed project exploring Nelson and Colne in Lancashire, I became disenchanted with observational drawing and felt uninspired. I pushed through this and my work changed direction; I began to select details of buildings, objects, people or spaces and distort them in my interpretation, I worked from memory and pieced these elements together to produce something closer to abstract imagery. I found this scary and liberating; I didn’t feel like I was able to make abstract work as I didn’t know how to talk about it or how to understand where it was coming from. 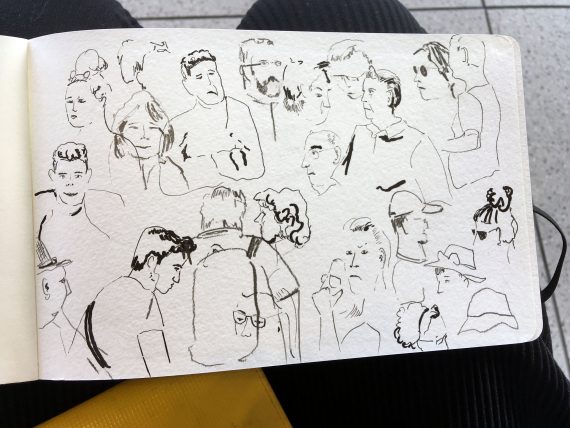 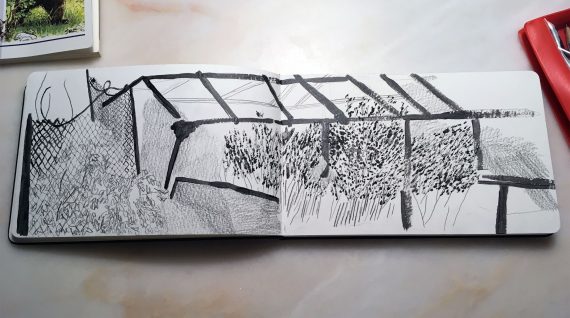 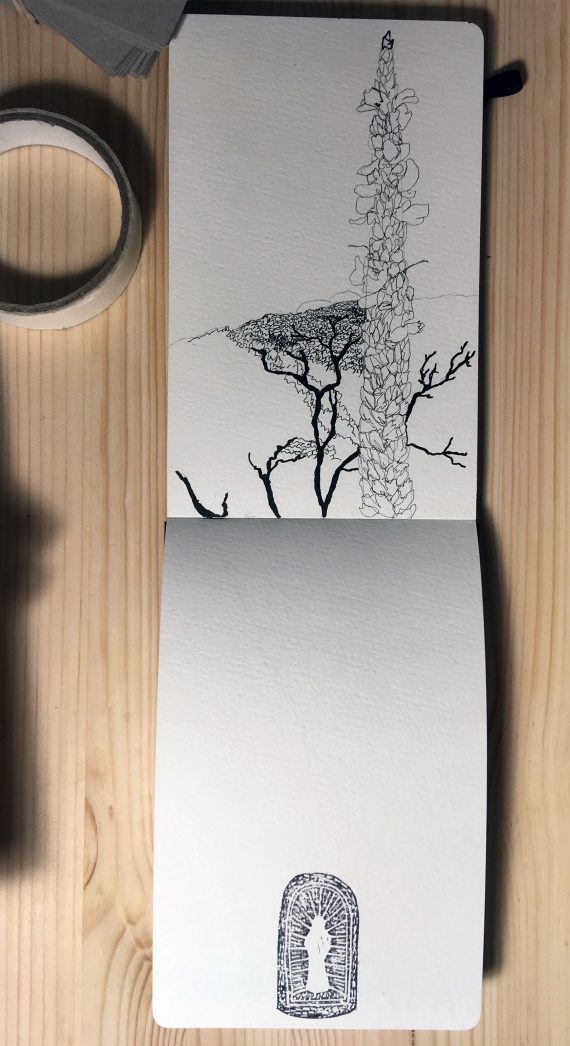 Since that project my drawing and print work has shifted between abstract mark-making driven by instinctive responses and imagery led by conventional, observational drawing. Sometimes I combine the two, but I find this even more challenging and struggle to unite the two styles of image production in a way that I feel satisfied with. This conflict has been made even more apparent in the past year; although I’ve been making work for the MA course, this has mainly been experimental, and the focus has been on trying out processes rather than focusing on a theme or project. I’ve lacked direction which has only heightened the discomfort that I have with drawing and my approach to it.

During my time in Collemacchia I made a concerted effort to try and move past this feeling; I went out most days with my sketchbook to draw and tried to worry less about how the outcome looked. Some days were difficult, and I felt like I was unable to make anything that I liked and other days I would fill 5 or 6 double pages. Having this time to make work on consecutive days and experience flurries and lulls in motivation and activity was really important; it helped me to understand my use of drawing in a better way. The abstract or loose marks became a sort of warm up for more detailed and focused studies and the two interpretations of the environment worked well in tandem; even overlapping sometimes. 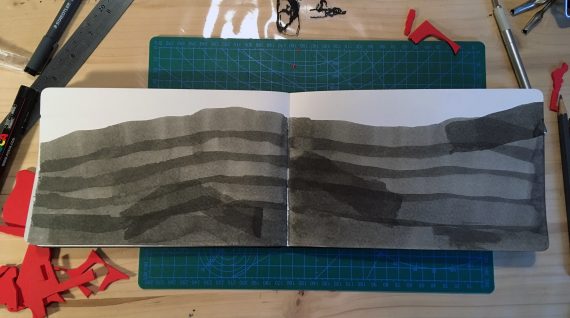 The studies in my sketchbook will serve as a foundation for image-making rather than a collection of finished works. I took a lot of photos during the residency but in the past,  I would have stopped there and waited until I was safely at my desk, with the photos on a screen, before beginning to draw. In Collemacchia I felt compelled to draw in-situ and this produced more interesting responses that went beyond simply recreating the visuals. This appreciation and understanding of the importance of allowing myself time to draw without expectation is a valuable lesson to take from the residency experience. By letting go of my concerns about what was driving the image-making and where it would lead to next, I was able to naturally find a route into a research topic that will provide context and direction for the making. 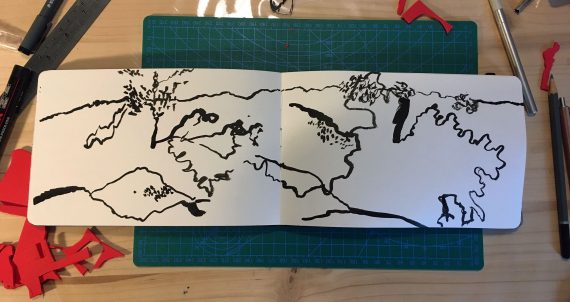 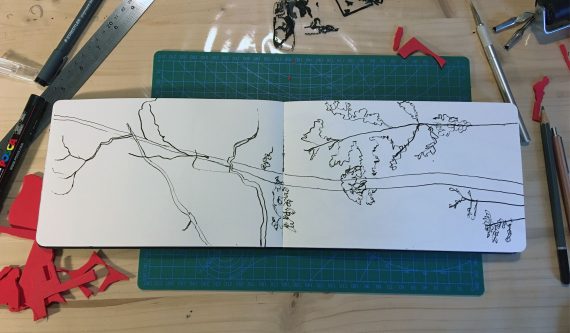