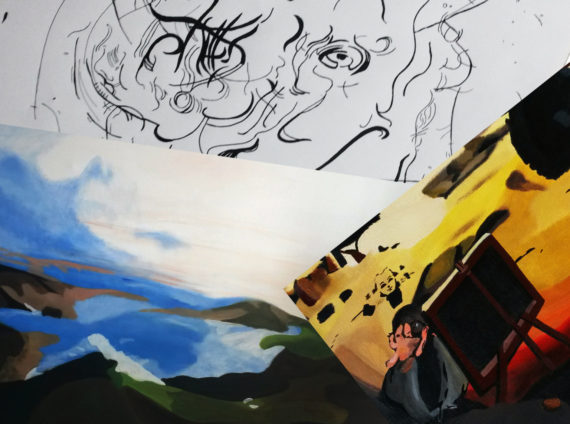 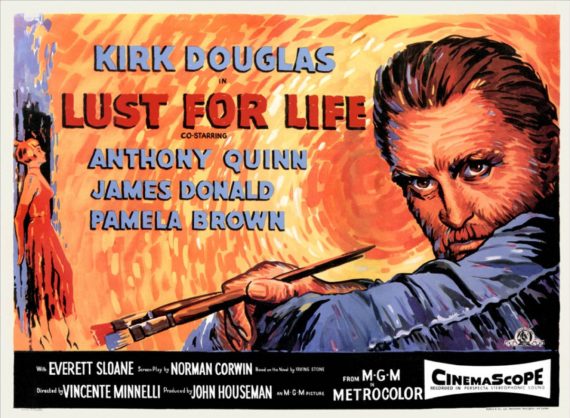 Over my summer break, I have took an interest in watching this film, based on the 1934 novel of the same name by Irving Stone (1903-1989), and it focuses on the life of the tortured artist, Vincent van Gogh (1853-1890), and the reason this film got my attention, is because I have always admired Van Gogh’s works and he has served as an inspiration in my artworks; plus I have been reading Stone’s novel, and I want to see if the film did justice to the source material. Upon watching this 1956 classic, I absolutely admire this film, and can really appreciate the artistry and how inspiring this film carries in Van Gogh’s life and his works. Watching the scenes where Van Gogh travel to places; recreating the beautiful landscapes into his canvases, by sketching them out, has inspired me to gather the ideas for my next project, which is doing sketches of places I have been; from Paris to all around Suffolk. It also makes me think about my work afterward, and really appreciate the inspirations that Van Gogh has impact in my works and me as an artist.

Story and My Critical Reception

The story focuses on the life of Dutch painter, Vincent van Gogh, who is regarded by many as a tortured artistic genius. His obsession with painting and combined with his mental illness, leads him through an unhappy life, full of failures and unrewarding relationships. He earns some respect among with his fellow painters, especially Paul Gauguin (1848 – 1903), but he does struggles to get along with them, and the only one constant good in his life is his brother Theo, who is unwavering in his moral and financial support. Van Gogh only manages to sell one painting in his lifetime.

The film shows Van Gogh’s love of art, and he once wrote to his brother, that it was impossible to see the world and not want to paint it. He saw the goodness of the simple people and showed his sympathy for them, which he struggles, due to his illness and his societal awkwardness.

The film is excellent and moving, and the end is truly beautiful in its tragedy. It is impossible to mention all the aspects of the film I liked but this classic can be seen based on Kirk Douglas’ (1916 – ) performance alone. Lust for Life is an unforgettable experience. 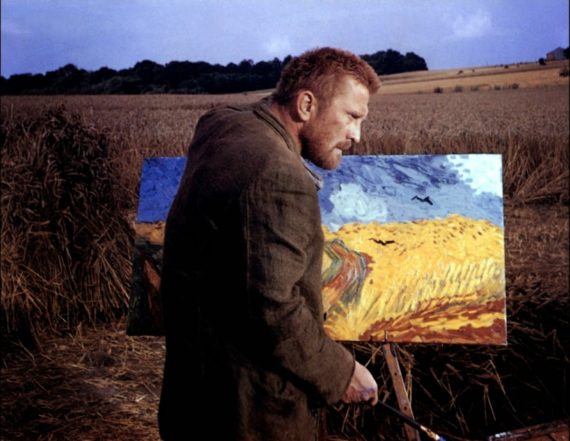 ‘No artist was ever more ruthlessly driven by his creative urge, nor more isolated by it from most ordinary sources of human happiness, than Van Gogh’. – (Irving Stone, 1935, back cover)

An 19th century Dutch Post-Impressionist painter, who is remember for his extraordinary amount of artworks, working in different art forms, and his bold colours and expressive brush works. Van Gogh has always been an inspiration to my art, and watching the “Lust for Life” film, which focuses on his life, has made me understands even more of his works and him as a struggling man. You watch him face his inner demons, and creating such brilliant pieces along his journey, yet it has gotten more recognizable after his death. He was truly one of a kind.

I have also visited the Van Gogh Museum in Amsterdam, back at 2013, and upon seeing his work in front of my very own eyes, they made me double think about how extraordinary and influential his works really are, influences many, and visiting there is like being in an old abandoned world, with lost and sorrow being left behind. His drawings has inspired my sketches, because of the style and his composition he has to create many art, and his paintings has left an impact in my work, because of the subject matters, colours and details he has used and chosen to creates such excellent pieces.

During my last summer break (2016), I have been travelling around Suffolk, visiting to places, taken pictures, and after having thoughts about what I should do in my next project, I have decide to recreate scenes by drawing them out, and for this the locations that I have chosen to draw and study are places from Paris, London and all around Suffolk; especially after watching an art film that really make me want to do and continue with this opportunity. 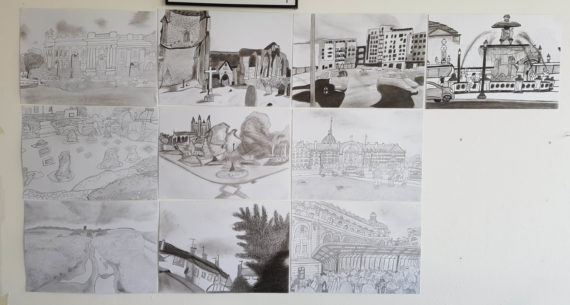 For my second project, I have fully committed to drawing, and I have focus on recreating scenes by looking at the photos that I have took, which feature the locations I have been to; after being influenced by the places that I have visit over my summer break (2016), and my interest in photography, which I took pictures, for memories to look back to in the future. For the locations over the break that I have chosen, I have use pictures from my visit to Bury St. Edmunds, Covehithe, Ipswich and London (one day trip before the break). The reasons are because, based on the photos, I wanted to focus on the different composition; with its nature and buildings, and wanted to use more than one location to show my travelling influences, to give me the opportunity to explore with different areas to create new art. An another place that I wanted to explore is Paris (5th – 7th August, 2013), and exploring this would be perfect for my project, especially comparing to my local areas of Suffolk. Visiting to Paris feels like going into a different world, as it has some beautiful and breath-taking architects and scenes, and my visit to Paris has been a major influence to my art and myself as an artist.

The idea of sketching and recreating these landscape pictures, was inspired and pinched after watching the 1956 film “Lust for Life” which tells the life of the tortured artist, Vincent van Gogh (1853 -1890), and seeing his drawings, while watching him travelling throughout the film, has inspired me to expand my ideas and helped me take a new direction with my project. I want it to make this opportunity a reality, because I love exploring different locations while travelling; gives me a clear view to see and expand my interests in art and gives me the chance to use my photography skills as primary sources, and travelling has been an art tradition, so it would be perfect for my art.

In my journey of sketches, I have completed ten A3 (42.0 x 29.7 cm) sized drawings of locations, using charcoal, and when I was drawing them one by one, I was working on different and similar styles, to show my influences, as I was going for the same direction as the Post-Impressionists does in their drawings. It’s also important to explore the “time period” of the age of the buildings that I’m appealing in my drawings, because of the different point of views and the perceptions that I and the audience sees.

To explain why I was using that medium and the drawing style that I was going for, because of the similarity of the medium and the style that Van Gogh has focus on his drawings; even know he uses black chalk, I have gone for charcoal to challenge and learn myself to use it, since I rarely use this medium for my art. I have gone for those sizes of my drawings, because it’s the similar sizes as Van Gogh’s sketches; bigger than normal size papers (29.7 x 21.0 cm) and also I want it to challenge myself to work on bigger size drawings (when it comes to drawing, not painting).

The artists from the Post-Impressionism era that has helped to become my inspirations toward this project are Vincent van Gogh, Paul Cezanne, Paul Gauguin and Pierre-Auguste Renoir, as (all for their drawings, style, colours and subjects). Also inspired my projects are modern/contemporary artists Bonnie Griffith (style, colours, and subjects) and Sergio Lopez (landscape, style, and teaching). Those two have helped me to make my drawings appeal to modernism, and it made my drawings look fresh and contemporary.

BA (Hons) Fine Art Student at University Campus Suffolk/University of Suffolk (2014 - 2017). I have studied many art forms throughout my art studies, including painting, drawing, sculpture, graphic media and photography; never have a strong subject, just enjoy exploring the world of art!