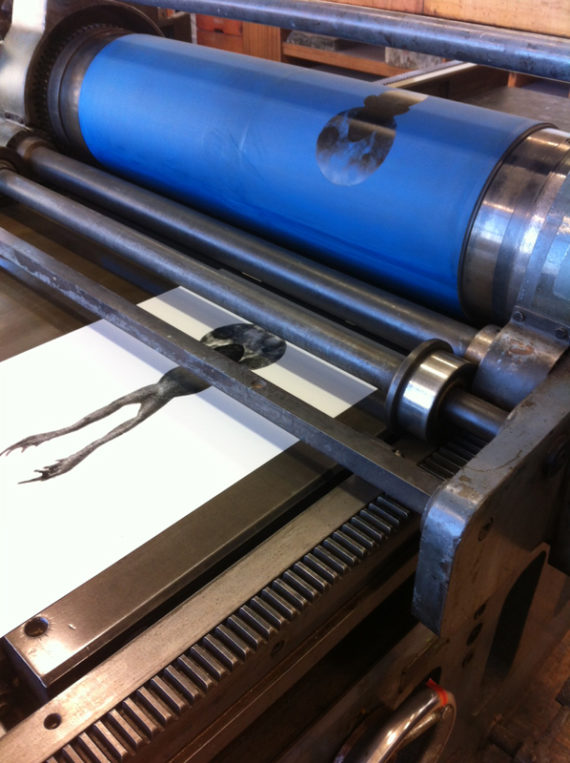 Today I found a dead frog in the pond. It was quite peculiarly hanging on for dear life to a piece of pond weed. I wondered if it had done this for comfort or support because it wasn’t feeling very well. It looked alive except it was very still and its back legs seemed peculiarly straight for a frog – as if frozen in mid jump.

Of course I had to fish it out and examine it quite closely, photographing it in its most abject moment. On closer inspection there was no doubt that there was no life left here.

This chance encounter with the frog reminded me of that connection between electricity and life and the work of Luigi Galvani who experimented with the effects of electricity on dead tissue, famously making dead frogs’ legs kick in response to electrical charge.

Experiments with electricity throughout the Age of Enlightenment led to the suggestions which Mary Shelley pondered on in her rendering of Frankenstein (The Modern Prometheus): that electricity might be the vital source of “life”, separating living from dead and raising questions about whether a collection of no longer living parts of an organism could somehow be reassembled and re-animated and if so, what sort of creature this might create.

Now of course we are blessed with the technological miracle of defibrillators which shock arrested hearts back into action thus saving many lives. 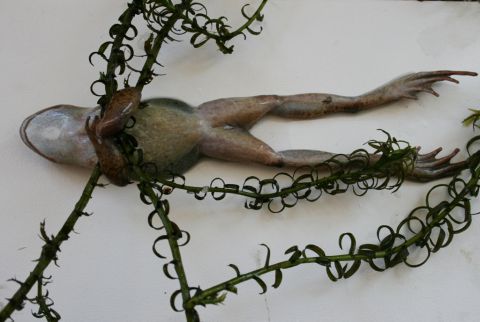