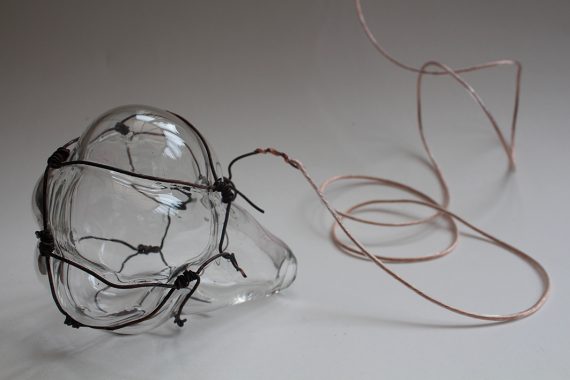 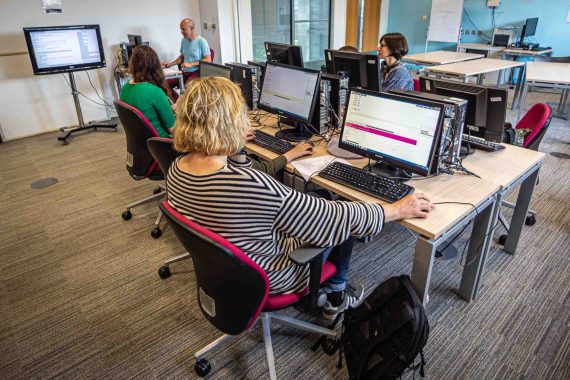 I was specifically interested in Live Coding with Sonic Pi led by Chad Langford. Sonic Pi is free live coding software with built in samples and tones that enables you to create your own audio compositions, generate loops and modify them live. I already had Sonic Pi but hadn’t really allowed myself the time to experiment with it yet, so I signed up to Sooner or Data as a means to get some experience along with expert tuition in how to use the software. Sonic Pi is pretty easy to use, even for the non-coder, but nonetheless it was really helpful to have Chad explain the basics and be around for those moments when you try to play your newly created score and the software throws up an error code. The on-screen help is very intuitive and there are guides and tutorials as well, so now I feel ready to tackle more advanced compositions. Once we had mastered the basics, we started to look at how to use data as a base for a composition. This is known as sonification: the conversion of information into sound. Sonification is becoming a useful tool in many disciplines, for example current research at Northumbria University is sonifying biomedical images to enable clinicians to audibly ‘read’ new information that they otherwise might not have identified visually.

Sonification is something that I am spending a lot of time thinking about at the moment. It seems to me that it is much closer to an art form than a science and I think this is important to remember, particularly in its scientific applications. With sonification, what we are hearing is not a direct representation of the subject in question, it’s an auditory interpretation of it. In some ways, it resembles an audible equivalent of a painterly technique, such as impressionism or cubism. Both result in something (an image, a sound) that we can understand but infuse it with additional layers that can extend its possible meaning in new ways. When we were feeding back to the wider group at the end of the day, we discussed the ways in which meaning can be layered into sound. It was suggested for example that the Library’s daily footfall could be generated in a minor key when low and a loud brassy major key when high, a form of ‘weaponised’ data sonification that might motivate (or otherwise) Library management! What struck me about working with information in this way was that in a political climate where the concept of truth is hard to pin down, Chad’s workshop neatly demonstrates that there are infinite ways in which to represent a set of data.

The second session I attended was Modular Origami with Yvette Hawkins. We worked with coloured squares of paper, maps and chemistry texts (both data sources from the library) and learned how to create a ‘sonobe’. A sonobe is a basic modular unit created through folding paper, which can then be linked with other identical units to build architectural shapes. We built cubes, pyramids and from these humble beginnings: star-like spheres, tesseracts and an advanced form of crenelated paper. Sonobes must be linked in a precise way based on the shape of an equilateral triangle and we quickly realised that the variations were almost endless, yet also clearly defined by the rules of geometry. Moving from 2 dimensions to 3 was relatively simple but as soon as you start to bend and fold 3 dimensional forms, the structures become trickier to maintain. It then comes as little surprise to find that origami is used in fields as far ranging as space exploration and genetics. Having taken Yvette’s entirely material, hands-on paper-folding session, much to my surprise, I now have a greater comprehension of the practicality of mathematical modelling.

My only disappointment with this workshop was not being able to attend all three sessions. The third session was Coding with Knots led by Alex McLean. The session was based on the ancient Andean technique of Quipu, which as far as we understand is an ancient form of coding. The resulting works were intricate and visually fascinating. The idea is that using a system of knots, beads and colours you can create a language, complete with functions, numbers, values and parameters. As I didn’t attend this session however, I’ll direct you to Alex’s website where you can find out more detailed information about the process and technique.