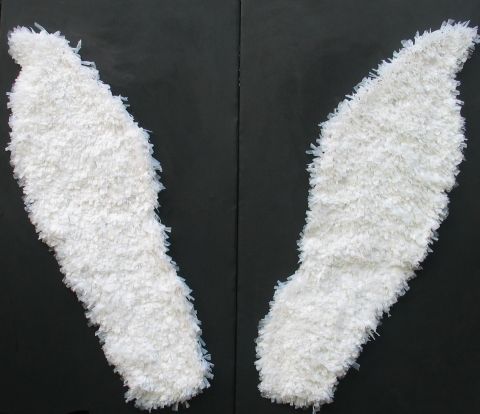 It’s really hard going with this invigilating lark. I’ve only done two days so far – last Friday and Saturday, but they seemed to last weeks. 11 people came in on Friday…a couple of friends, people looking for having an exhibition themselves…and a few genuine exhibition goers, clutching their Biennial maps. Thank God for those maps, as without them – would anyone at all come down here? Saturday – pretty much the same.

Sitting there, made me think about how many of the biennial exhibitions I have managed to visit… not many. If I haven’t been working ( in my proper job) since the Biennial opened, I’ve been at the Gallery or planning for a workshop I’m doing next week. Like most people exhibiting I suppose…

Made a huge effort to see at least one thing when I shut up shop last weekend. Walked up to Duke St to see Do Ho Suh’s house… very good! Continued walking to town and passed what seemed to be one of the Independents venues. Looked in the window, and saw a solitary figure invigilating. Walked past…felt guilty and went back to the window. I don’t know what it is, but there’s something about these venues that puts an invisible block in the doorway, stopping me from entering. I will go back – promise!

After Saturday’s invigilating, I called in at the Bluecoat – it was packed. Why are so many venues getting all these visitors and yet some are getting none? The gallery are continuing to just use facebook to advertise …but once all of their ‘friends, have visited, what next? It was worrying.

At least the mammoth task of sending out press releases ourselves is finally showing results:

A matter of signage

My turn to invigilate yesterday……

I was looking forward to seeing the banner the gallery had made for us. ( The Gallery is owned and run by a sign makers business who have opened up the space in the building to house the exhibition space ) It caused a lot of intrigue as someone in work had mentioned that she’d spotted the banner while driving in, not knowing that there was a gallery there……….and yet on the same day, we heard that the owner of the building that the banner was attached to, had stormed into the gallery ranting and raving, demanding it was taken down. That was odd – as we’d been in to see them the week before to show the design and ask permission to hang it. At that time, they were really happy about it.

Our design was quite understated – white background, black lettering – name of exhibition and our names, with an arrow pointing in the direction of the gallery. Plus a logo of the business that let us hang on their wall.

Walking down to the gallery though – I could spot the problem from quite a distance away. For a start – it was yellow. In fact, it wasn’t even a banner – it was a metal sheet that had been nailed to the wall – even though we told the property owner it would be tied to the railings. The wording had been changed to include the dreaded words ‘ART EXHIBITION/ART GALLERY ‘.

It’s sort of funny – but horrendous at the same time. From a sign writers/ business point of view,- the sign is doing what it is meant to do. From an aesthetics view though…. hmmmm.

Does that just prove that artists are not business minded?

We’ve decided to invigilate at the gallery. We didn’t have to and we weren’t asked to…but decided it was best to.

The gallery have a sort of self nominated ‘artist in Residence’, who plonks his easel in the middle of the space and starts painting. He is happy to be there every day and his work sells, so the gallery like him there.

So on Monday, only 4 visitors entered the gallery, but Tuesday was better, hitting the dizzy heights of 20 visitors!

I’d managed to get in touch with someone from Nerve magazine to write up a review on us. Please let them say something nice!

We decided to have two private viewings. The opening night – 17 September, was the same opening night as not only all of the International Biennial venues in Liverpool, but also of several of the other independent sites. We thought, that being away from town would put off the regular private viewers who had a lot to see elsewhere that night. We needn’t have worried though, as we had in the region of 200 visitors ( according to the gallery counts!) A lot of whom had travelled from quite a distance. They visited in waves…. some trying to get to as many viewings as possible that night, and moving on after 20 minutes or so.

The following night was PV night #2. The weather was appalling with torrential rain. We stood round in a sad little group for a while before a few wet bodies appeared up the stairs. At tops, we probably had 50 people – 3 of which were drunks who had staggered in with their own beer, but we were very grateful for that many.

We were advised by one couple that ‘it may have been a better idea to have kept the walls where they were and hung a lot more work’. We could, apparently, have sold more work that way. 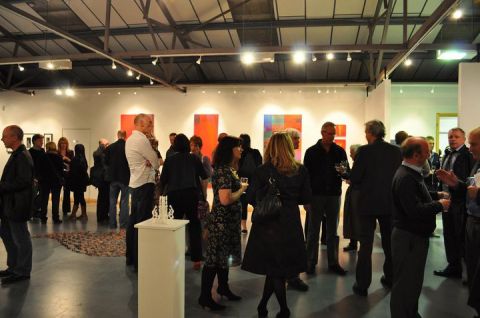 It’s difficult to say when to start a blog, as although this week heralds the start of working together as a team for the first time, getting to this stage has taken a year of planning.

The four of us: Jane Hughes, Sue Meyerhoff Sharples, Christine O’Reilly Wilson and Wendy Williams, knew each other through the exhibition circuit. We liked and admired each others work and each had a strong exhibition background.

We knew from working individually on previous Biennials, that all venues in Liverpool get booked up very early at this time of year, so began the look out for spaces last summer.

We needed a venue that was large and airy enough to give each of us space around each of our works and it was fortunate that we heard about a new gallery opening at that time. http://www.thegalleryliverpool.co.uk/

The gallery was booked for the opening month of the Biennial…..and the planning began.

On arriving at the gallery at our alloted time, we wanted to change the look of the space so that the emphasis could be shifted from its usual commercial use, to an Independent Biennial host venue.This meant moving the temporary walls within the gallery to open up the space and to change it’s dynamics. We lost a day in terms of being able to hang the work because of this, but the results were worth it.

The preconceived ideas we had about where each work should be situated before the exhibition had to be re thought. Most of the artists wanted clean white walls and a lot of space around the work, but this was a debatable issue – not just within the artists group, but also with how the gallery usually works. Big decisions and compromises were made.

We also decided against the ‘usual system’ for this gallery, to have wall panels and labels next to the work. This was too distracting.
It meant extra work in placing numbers next to each work and then typing up a list, but this helped with the ‘clean’ look we originally aimed for. 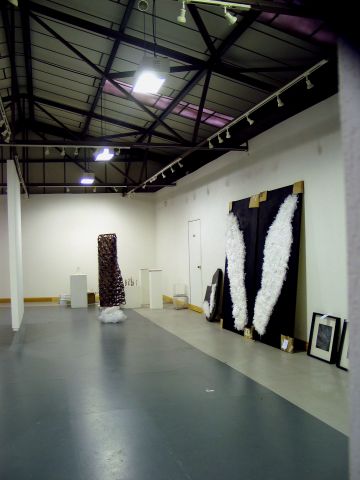