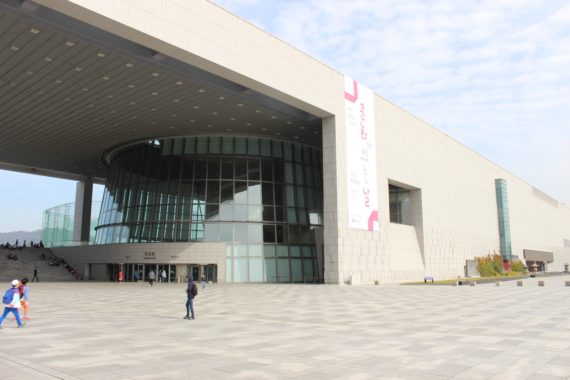 This morning was my first opportunity since arriving of getting to the National Museum of Korea. This is the place to see traditional Korean ceramics. I was not disappointed. 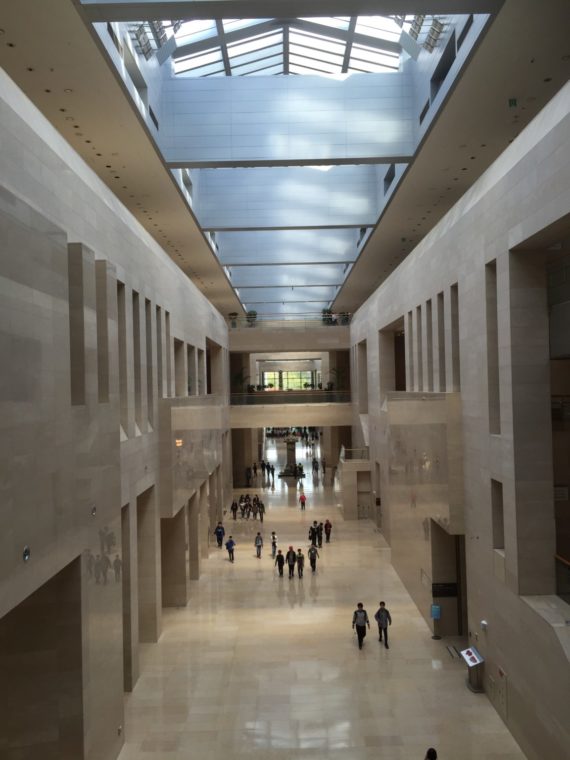 The place is vast. A monument to modern Korea, modern architecture, set in an immaculate park with trees, landscaping, water features, cafes, all seemingly brand new and pristine. 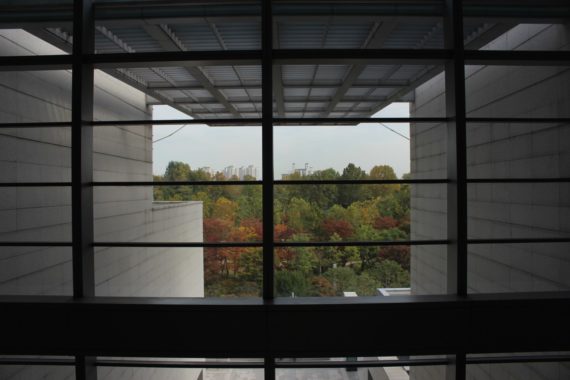 I started on the top floor, where the ceramic collections are: Porcelains, Celadons and Buncheong ware from the Joseon dynasty. Beautiful stuff. I took loads of photographs, as this may be where I draw inspiration from for my piece. One of the ideas I am thinking about is to take inspiration from the classical motifs found on this era of Korean ceramics and possibly use various techniques that were used, which include inlaying, stamping, incising, sgraffito and free drawing with iron or slip and dipping into a slip bath.

Then I worked my way through the donated collections on the second floor, which contain many types of artwork including ceramics. Right at the end, I discovered the Korean roof end tiles and was captivated. I have seen these on the traditional Korean architecture; the hambok houses and also on all the Royal Palaces. They are circular tiles that clad the ends of the beams used to construct the roofs. Most of the Royal Palaces have painted versions, which are also lovely. This may be because all of the palaces were destroyed twice, once during the Japanese invasion of 15____ and again in the 1950s. There were also Japanese and Chinese versions of roof end tiles, and almost all depict flowers. So this has given me a new idea, as it panders to my penchant for tiles and is in keeping with the botanical theme. I want to design a big wall installation and this could be a way forward….

Then I had to rush to the next meeting, with Chun Bok Lee. He is a professor at Namseoul University and makes white hand-built sculpture, which is wall-based or free standing, inspired by forests. He uses a pinching method, and one of the effects I like about this is that you can see the traces of his fingers on the surface of the clay. 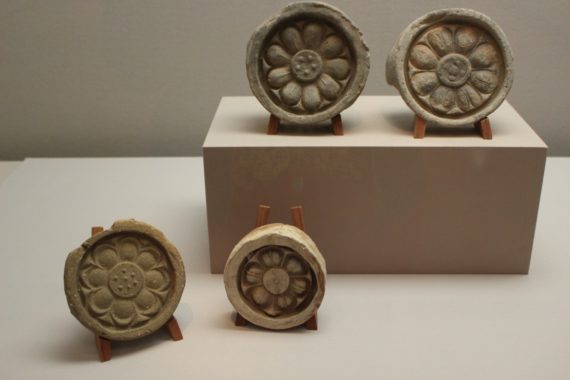 He is a vivacious character and as we talked, and I told him about the idea of including sound in the exhibition, he became really enthused and said, “I can already hear the wind rustling through the bamboo forest”. So that led to the idea of finding a sound artist who can collaborate with him and make a sound piece based on bamboo forests. I love the way ideas flow and morph and lead to new ideas. Originally the sound idea was to focus on the sounds of the making process; the hand-made versus the mass produced, and looking at ceramic factories as well as artists’ studios. Now I think if we find some sound artists in Korea who want to get involved, they can respond directly to the ceramic artist. 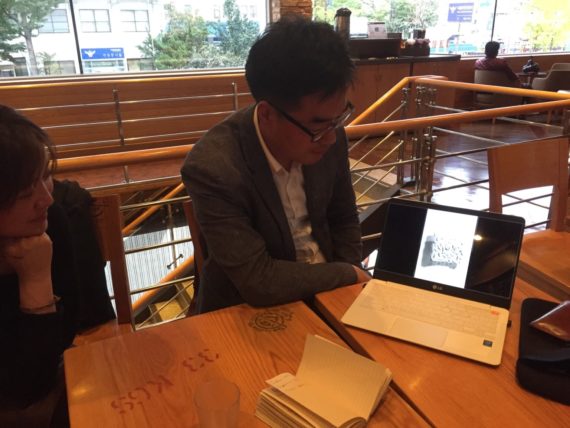 The next meeting took place in the same café, so Kyung Won and I spent the whole afternoon there. I had arranged a meeting with Hye Young Cho, a curator who has worked for all the main craft organisations and mainly works for the government now. She was introduced to me on facebook by a colleague with whom I am connected on FB, an artist I have never actually met. This shows the value of using social media, as it led to me meeting one of the foremost curators in Korea. I invited Kyung Won to come along, as she doesn’t know Hye Young, and I thought it would be appreciated. Hye Young knows most of the artists exhibiting in my show and is obviously a good person to know. We talked about why I decided to have the Korean show (and as I responded when asked this question at the Seoul University lecture), I said it was because of the article I read in Ceramic Review in 2014 about young Korean ceramists. Well, guess what – she wrote it! 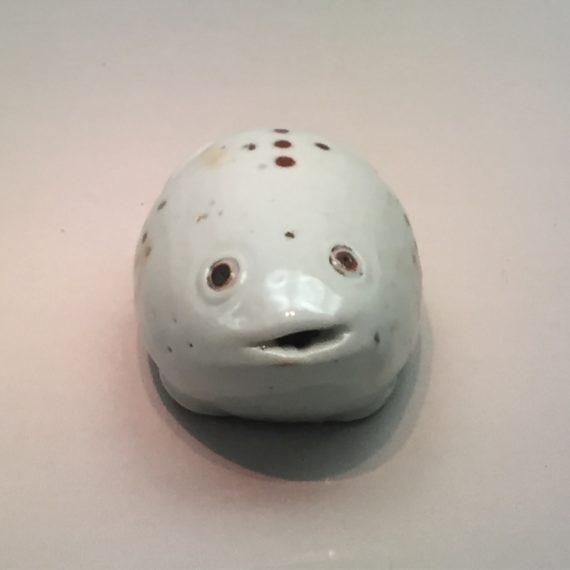 I also had a second invitation from her to participate in the Craft Trend Fair in December. This time, I found myself weighing up the pros and cons – free flight and accommodation, free stand, a chance to promote my work and those of selected Korean artists (I would love to bring over some of my faves who live in the UK and therefore are not so well known on the scene in Korea) – what a great opportunity! But, no. I cannot possibly consider this. Apart from the funding bid I need to write before Christmas for this project, I have a huge public art commission to start and my new Korean piece to develop. Next year for sure. This means I will have (hopefully) achieved one of my goals – to exhibit my work in Korea. Only that in Korea things don’t happen as reliably or in advance as they do back home, and I understand I will not get an official letter of invitation until half way through next year, which is far too late for my ACE funding bid. So I will just have to plan it and have faith that the Korean model works! They do sound keen to have foreign galleries exhibiting there who are promoting Korean ceramics, so it is an ideal scenario. Here’s hoping.